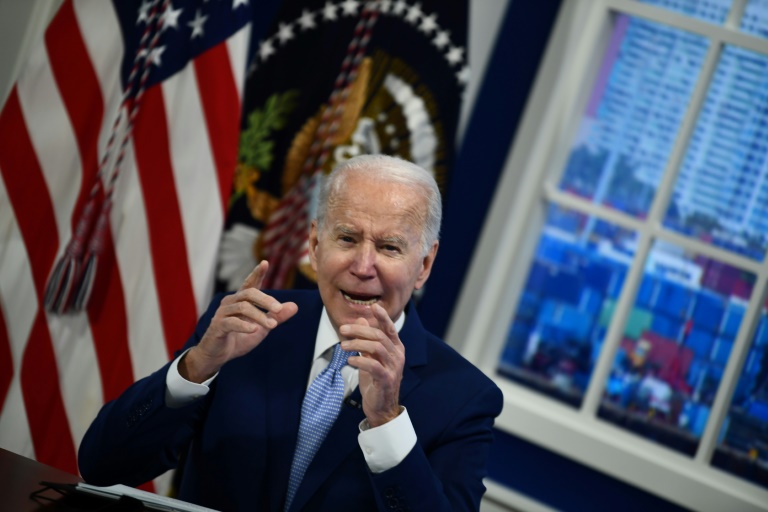 Donald Trump on Tuesday abruptly gave up his plan to steal the limelight on the anniversary of the January 6th assault against Congress, leaving President Joe Biden to address a divided nation.

Trump’s decision to ditch his controversial press conference in Florida means Americans will be spared a bitter split-screen moment on Thursday.

If it had gone ahead, Biden would have marked what he calls “one of the darkest days” in US history, while Trump, just a few hours later, was due to promote his lie about being cheated out of victory in the 2020 presidential election.

No question, though, that Trump will be looming over Biden.

In a statement announcing the demise of his press conference, Trump yet again pushed his conspiracy theory that “fraud” accounted for his defeat to Biden, calling it “the Crime of the Century.”

The statement underlined how one year after a mob of Trump supporters marched on Congress to try and prevent lawmakers from certifying Biden’s victory, political wounds remain far from healed.

On Thursday, Biden and Vice President Kamala Harris will speak from inside the Capitol’s Statuary Hall, the setting during the unrest of almost unbelievable scenes as Trump supporters fought past police to invade the heart of US democracy.

As a veteran politician who came out of retirement to take on what he saw as Trump’s authoritarian presidency, Biden has often warned during his first year in the White House of an “existential” threat to political freedoms that until now most Americans took for granted.

His speech is set to take that warning to a new level.

“He’ll speak to the historical significance of January 6, what it means for the country one year later,” White House Press Secretary Jen Psaki said Tuesday.

While Trump is retreating on the day itself, he said he would tout some “important topics” at a rally planned in Arizona on January 15th.

Those “topics” are now familiar to all Americans.

Despite losing by more than seven million votes to Biden, and despite losing multiple court challenges around the country, Trump continues to say he was the real winner in 2020.

And the accusations are only the most incendiary element of a broader attack against Biden on everything from immigration to Covid-19, all adding up to what looks very much like an as-yet undeclared bid to take back power in 2024.

It’s a campaign that Carl Tobias, a professor at the University of Richmond School of Law, calls “unprecedented in US history.”

“No former president has attempted to do so much to discredit his successor and the democratic process,” Tobias said.

However ludicrous the election conspiracy theory may be — one federal judge in Pennsylvania ruled Trump’s case “strained” and “speculative” — it is seen as truth by millions of Americans.

Polls consistently show that around 70 percent of Republicans think Biden was elected illegitimately.

And fighting what Trump, the master brander, popularizes as “the Steal,” has become a political ideology in its own right, with nearly all Republican lawmakers either squirming to avoid criticizing what happened on January 6 — or actively defending the attack.

Lara Brown, director of the Graduate School of Political Management at George Washington University, said the combination of political grifters looking to get into Trump’s good books and the masses of voters deluded into believing what they’re told amounts to a considerable force.

“What is so frightful about where we are right now isn’t just that these are elite attacks, but they are being fueled by a grass roots movement,” she said.

“It wasn’t just far-right win groups who had organized” on January 6, she said. “It was average, everyday Americans who had bought into this whole notion.”

It’s unclear what, if anything, Biden can do to change these dynamics.

Political scientist and Democratic pollster Rachel Bitecofer urged Biden to take on Trump more aggressively, rather than stick to pretending that the man Psaki has referred to as “the former guy” no longer matters.

“There’s a real hesitancy to accept how virulent the right is in coming after democracy here.”

Brown said, however, that Biden has little room for maneuver, because a direct attack on Trump risks looking like a “political witch hunt” — exactly what the former president claims in his conspiracy theories.