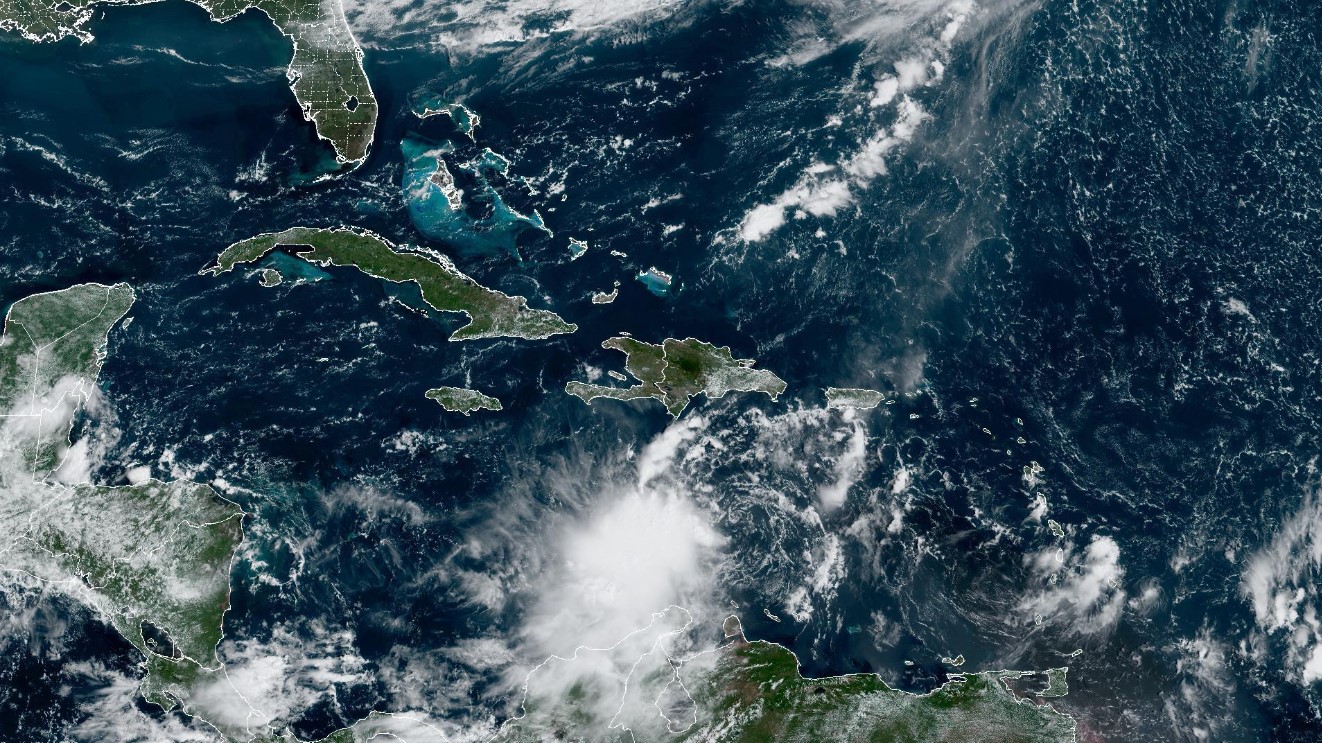 Invest 98-L became Tropical Depression Nine. It has had a new burst of convection and is getting better organized.

The northwest Caribbean is replete with ocean heat content, or thermal energy contained in bathlike sea waters, which will support expedited consolidation and strengthening of the nascent storm, according to the Washington Post.

As of the 11:00 a.m. advisory from the National Hurricane Center, Tropical Depression 9 is located about 1,015 miles (1,635 kilometers) southeast of Havana, Cuba.

The depression has sustained winds of 35 mph (55 kph) and is moving to the west-northwest at 14 mph (22 kph). There are no watches or warnings at this time, however, that is expected to change.

Slow strengthening is expected over the next day or so, with the depression becoming a tropical storm by Friday evening. On Monday, it could become a Category 1 hurricane as it takes a northerly turn towards the Gulf of Mexico. And by Tuesday morning, strengthening to a Category 2 storm, according to WESH2.com.

“Invest 98-L is now Tropical Depression Nine,” WESH 2 Meteorologist Kellianne Klass said. “This storm is expected to strengthen to a tropical storm later Friday as it moves through the Caribbean. Further intensification is expected through the beginning of next week as it moves toward the peninsula of Florida. The latest track has the storm making landfall early Wednesday morning somewhere between the Suncoast and SW Florida. “