An annual tradition sits firmly in the pocket of Judaism: Getting together on Christmas Eve to be part of a unique community, one that sees December 24 as a night to experience the city in a moonlight rarely seen. The roads are often devoid of traffic, the downtown hustle is reduced to a mild bustle, and despite the limited entertainment options and “Closed” store signs, there is still much to enjoy on Christmas Eve for those who don’t celebrate it with the turkey and all the trimmings.

Instead, Jews around the world take a different approach to Jewish Christmas, which I’ll illustrate below:

It may be a cliche, but it’s a truism I’ve spotted in communities across North America: Jews and Chinese food on Christmas Eve go together like latkes and apple sauce. Almost every year I’ve lived downtown, going out for some Shanghai noodles and crispy duck (don’t tell my rabbi) has been an ongoing ritual too delicious to skip. When Jews go out for Chinese, we’re savvy enough to book reservations because the restos are PACKED on Christmas Eve with our fellow brethren going the same route.

2. In movies we trust

After a delectable Chinese food feast, we Jews often waddle to the nearest movie house to take in a flick with the other Christmas Eve castaways. Also a popular tradition, moviegoing on Christmas Eve is the perfect dessert to dinner, especially if Maltesers are involved (yes, now you know my snack weakness). This year, I’ll be seeing the new Star Wars film thanks to a friend’s foresight to buy advance tickets last week. Christmas Eve can’t come soon enough! 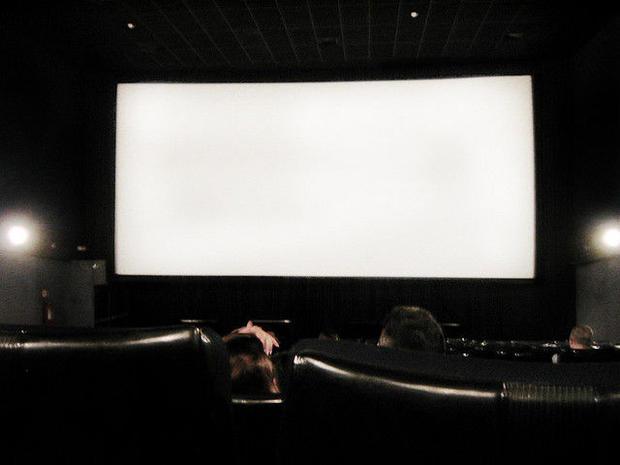 3. Strolling in the deep

Empty streets and vacant parks can be eerie and Walking Dead-esque to some, but to me and my Jewish friends it’s a rare time to soak in the city life at its most naked. A bare-bones downtown core like Toronto’s can be majestic in a thoughtful way on Christmas Eve, especially during a light snowfall.

It’s also fun to run into fellow Jewish friends during these late-night strolls (“Hey Daniel, I haven’t seen you since camp!”), something we don’t experience during the crush of human traffic.

While I’ve never enjoyed the below activity, I recently heard Target is open until 11 p.m. on Dec. 24 and thus a new door opens for bored Jews on Christmas Eve. Imagine having a Target store all to yourself (and very last-minute Christmas shoppers), perusing the aisles for something to add to your non-denominational night. It might not be the most exciting option, but to many Target shoppers there can be something relaxing about walking through the store without the threat of lineups and cart-bumping.

5. Fighting boredom with board games

When the nightlife options run out on Christmas Eve, sometimes congregating at someone’s house to play board games is the most enticing thing to do. I’ve often relived my youth by playing Scrabble, Clue or Risk with fellow yids who don’t mind a solid evening of board game amusement. To add a Jewish flavour to the evening, ask someone to bring over a bottle of Manischewitz, and another to swing by with some Chanukah-themed sufganiyot.

6. Peek into the other side with Midnight Mass

No joke, I once spent a Christmas Eve with Jew buddies at a Midnight Mass. The church was packed, which made us feel a little guilty, but we wanted to glimpse what Christians did on Christmas Eve, and the Hollywood representation wasn’t cutting it.

So while this isn’t a very popular event for Jews en masse, it’s a possibility for the more enterprising and curious Jews among us.

Am I missing anything here, J-crew? Let me know in the comments below or via @DigitalJournal on Twitter