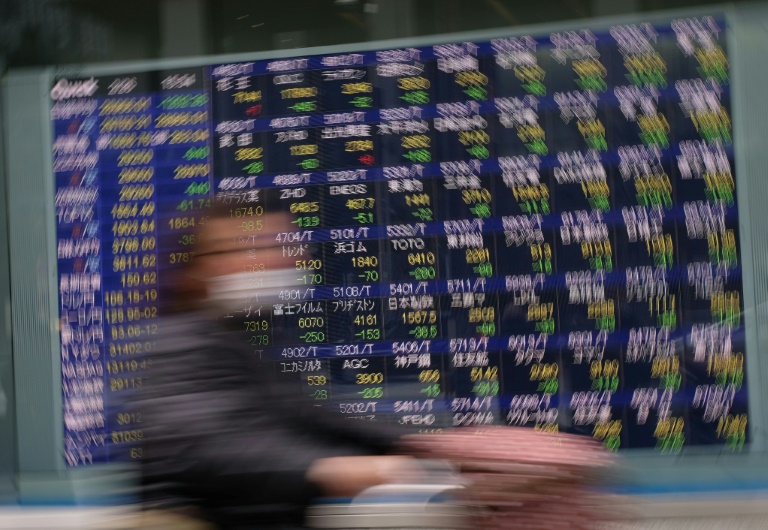 Evergrande, one of China’s biggest developers, is on the brink of collapse as it wallows in debts of more than $300 billion.

There are fears that Chinese authorities may not be able to contain the fallout of the firm’s potentially disorderly collapse, which could affect many other companies and poses contagion risks, experts say.

“The Japanese market, which was closed on Monday, is expected to be dominated by sell-orders, with investors discouraged by the global market rout over the financial crisis at China’s Evergrande,” senior strategist Yoshihiro Ito of Okasan Online Securities said in a note.

“The market will continue to be volatile, with trading volume already expected to shrink” ahead of the US Federal Reserve’s meeting this week, he added.

Honda was down 2.90 percent at 3,348 yen after it said its domestic output in Japan in the August-September period would be 40 percent of its initial plan due to parts shortages.

Shinsei Bank was down 0.73 percent at 1,882 yen and SBI Holdings was down 2.49 percent at 2,764 yen after the bank said it was introducing takeover defence measures against SBI’s bid.

In this article:China, nikkei, tokyo