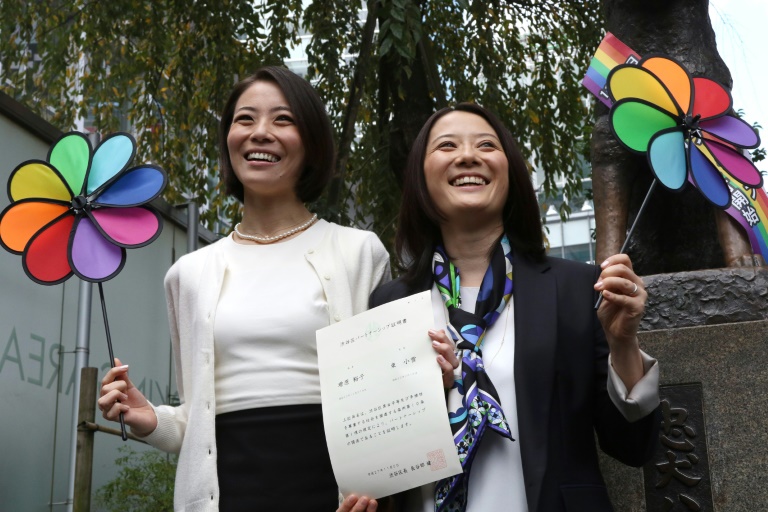 Tokyo will move to recognise same-sex partnerships, its governor said, becoming the largest city in Japan to do so, as activists push for national recognition.

Japan is the only nation of the Group of Seven countries that does not recognise same-sex unions, and its constitution stipulates that “marriage shall be only with the mutual consent of both sexes”.

But in recent years, local authorities across the country have made their own moves to recognise same-sex partnerships, and activists have filed lawsuits hoping to push the national government to reverse course.

“In response to the wishes of Tokyo residents and those concerned by this issue, we will draft a basic principle to recognise same-sex partnerships this fiscal year,” Governor Yuriko Koike announced late Tuesday.

She added that the city planned to introduce the policy by the end of the following financial year, ending March 2023.

Activist group Marriage for All Japan welcomed the news in a tweet but noted “partnership doesn’t have the same legal effects as marriage”.

“National government, hurry up on (recognising same-sex) marriage!” they added.

Many areas have followed suit, with activists saying 110 local governments now recognise same-sex partnerships, granting couples rights including the ability to visit a partner in hospital and rent property together.

But not all LGBT couples in Japan live in areas with such certificates — and even those who have them find they are sometimes not recognised.

Last year, more than a dozen couples filed lawsuits across Japan challenging the constitutionality of the government’s failure to recognise gay marriage.

In a landmark ruling in March this year, a court in northern Sapporo said Japan’s failure to recognise same-sex marriage is unconstitutional, in a verdict hailed by campaigners as a major victory.

Opinion polls have generally found a majority in Japan back recognition of same-sex marriage, but the conservative ruling Liberal Democratic Party has been reluctant to push ahead with reforms.

Prime Minister Fumio Kishida has been cautious on social hot-button issues and said during his party’s leadership race this year that he had “not reached the point of accepting same-sex marriage”.

In this article:same-sex partnerships, tokyo