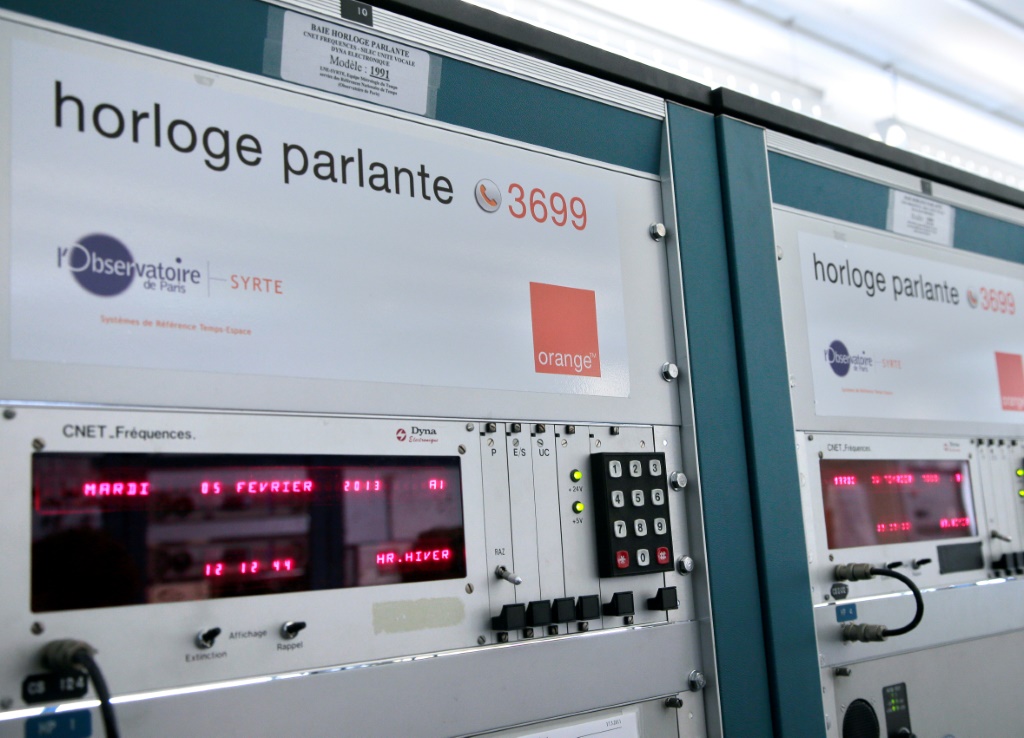 For nearly 90 years, anyone in France needing to know what time it is down-to-the-second could ring up the Paris Observatory and get an automated, astronomy-based response.

But the final countdown for the world-first service has begun.

Nostalgia fans hoping to dial 3699 and get the soothing voice of France’s “speaking clock” will have to move fast because telecoms operator Orange is pulling the plug on July 1.

“When I was a kid my mom never stopped asking me to use the speaking clock,” recalled Claire Salpetrier, an English teacher in Magnanville, west of the capital.

It all started when in 1933, the astronomer and Paris Observatory director Ernest Esclangon, got fed up with people clogging up the centre’s only phone line to ask the official time — an essential service in the days of mechanical clocks.

So he developed a concept that would later be adopted worldwide, incorporating the latest technologies as the decades went by.

Orange, the former state telecom monopoly, said the Observatory got several millions of calls in 1991, when dedicated infrastructure was set up to provide times accurate to the 10th millisecond.

“The utility was pretty strong back then, but bit by bit we started seeing an erosion,” Orange’s marketing director Catherine Breton told AFP.

Hearing the famous “At the fourth beep, the time will be…” in alternating men’s and women’s voices last stood at 1.50 euros a pop ($1.58), which may also have proved dissuasive in the era of smartphones.

“I was surprised it still existed. It’s something we knew about as kids, when we didn’t yet have cell phones,” said Antonio Garcia, a health clinic director in Meulan-en-Yvelines, outside Paris.

“It was super handy when you needed to take a train or a plane — I can still remember the ‘beep, beep, beep’,” he said.

The current version is the fourth generation of the service and is calculated from Coordinated Universal Time in a temperature-controlled room by the Time-Space Reference Services lab (SYRTE) housed at the Observatory.

Much of the equipment needed to keep it up and running needs replacing, an investment that doesn’t appear to be worth the effort.

Media relations specialist Charlotte Vanpeen said she used to use it “when the power went out and you needed to reset the time on everything”.

“Hearing about its end makes me sad and nostalgic,” she said.

“Kids these days have all these technologies and don’t know about what we had. The good things are being forgotten.”

For Michel Abgrall, the research engineer in charge of keeping the speaking clock running, its demise is “a bit emotional.”

“It’s part of our cultural heritage,” he said.

But for those worried about knowing the precise time, Abgrall says don’t fret: It features prominently on the Observatory’s home page.

In this article:Clock, France, History