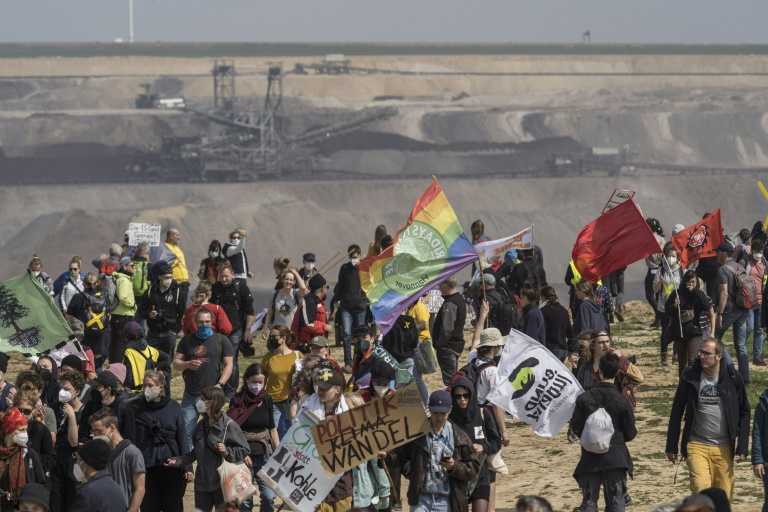 Thousands of protesters gathered Saturday in a northwest German village slated to disappear because of a coal mine expansion, as the country looks to decrease its reliance on Russian gas.

Organisers said around 3,500 people demonstrated at Lutzerath in the Rhine mining basin, only a few hundred metres from the gigantic Garzweiler open-pit lignite mine, one of the largest in the world.

About a hundred activists decided to protest directly at the edge of the mine, which can be “extremely dangerous”, regional police said in a tweet.

The village, like some others, has long been condemned to disappear to allow the mine to expand further.

Germany is planning to abandon coal by 2030, as part of the fight for cleaner energy sources. Since Russia invaded Ukraine, however, the energy debate has been revived in the country, which is heavily dependent on Russian hydrocarbons, particularly for gas, which accounts for some 55 percent of its energy imports.

To ensure sufficient electricity production while reducing dependence on Russian imports, the German government gave itself the option last month of “suspending” the closure of certain coal-fired power stations, while standing by the objective of phasing out coal by 2030.

“How can we trust the government’s ability to contribute to peace in Ukraine if it is destroying homes and villages in its own country for fossil fuels?” said Ilyess El Kortbi, an activist from the Fridays For Future movement.

Lutzerath has become the new rallying point of the German environmental movement. Activists have built huts and are preparing for a confrontation with police.

The coal that lies under the ground in these municipalities will be “necessary from 2024” to supply power stations, while other mines in the region are closing, according to the operator, the RWE group.