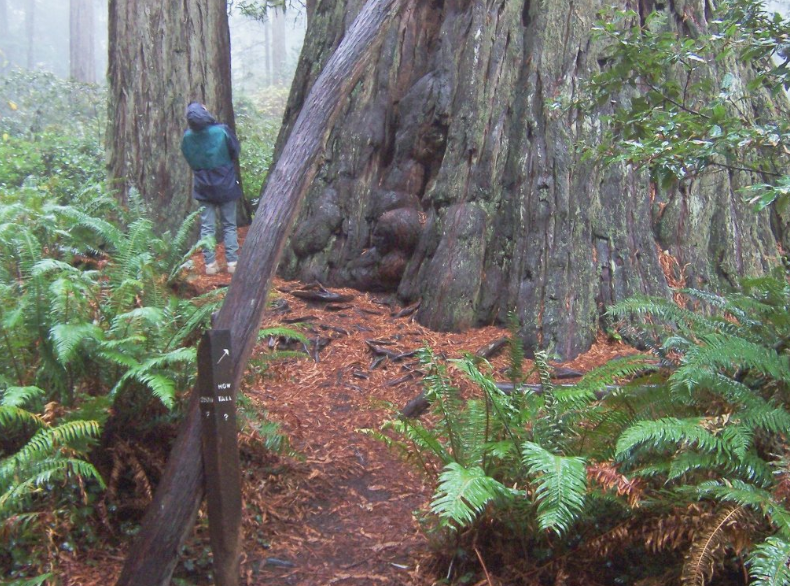 Hyperion, a Coastal Redwood (Sequoia sempervirens) is certified by Guinness World Records as the world’s tallest living tree, is officially off-limits to visitors.

California’s Redwood National Park issued a statement last week that anyone who is caught near the tree can face up to six months in jail and a $5,000 fine, according to CNN News.

In the statement from the National Park Service they explain: “Since its discovery in 2006, this tree has been on many tree enthusiasts’ bucket lists. Hyperion is located off trail through dense vegetation and requires heavy ‘bushwhacking’r to reach the tree. Despite the difficult journey, increased popularity due to bloggers, travel writers, and websites of this off-trail tree has resulted in the devastation of the habitat surrounding Hyperion.”

The statement goes on:: “As a visitor, you must decide if you will be part of the preservation of this unique landscape – or will you be part of its destruction?”

SFGate reports Hyperion’s base suffered as a result, and ferns no longer grow around it. Damage to the base is particularly troubling as redwoods tend to have very shallow roots.

Leonel Arguello, the park’s Chief of Natural Resources, told SFGate, “There was trash, and people were creating even more side trails to use the bathroom. They leave used toilet paper and human waste – it’s not a good thing, not a good scene.”

He also noted that the area has limited cellphone and GPS service, which means it can be very challenging to rescue any lost or injured hikers in the area.

So, just how tall is a 380.97-foot tree? For comparison, New York City’s Statue of Liberty is 93 meters (305 feet) tall. London’s Big Ben reaches a height of 96 meters (316 feet). Think about a 35-story skyscraper, OK? Now that is about how tall a giant redwood (Sequoia sempervirens) can grow.

During the Carter administration, the valley where Hyperion grows was seized by the federal government and added to Redwood National Park. Only 4 percent of the park’s historical redwoods have escaped logging.