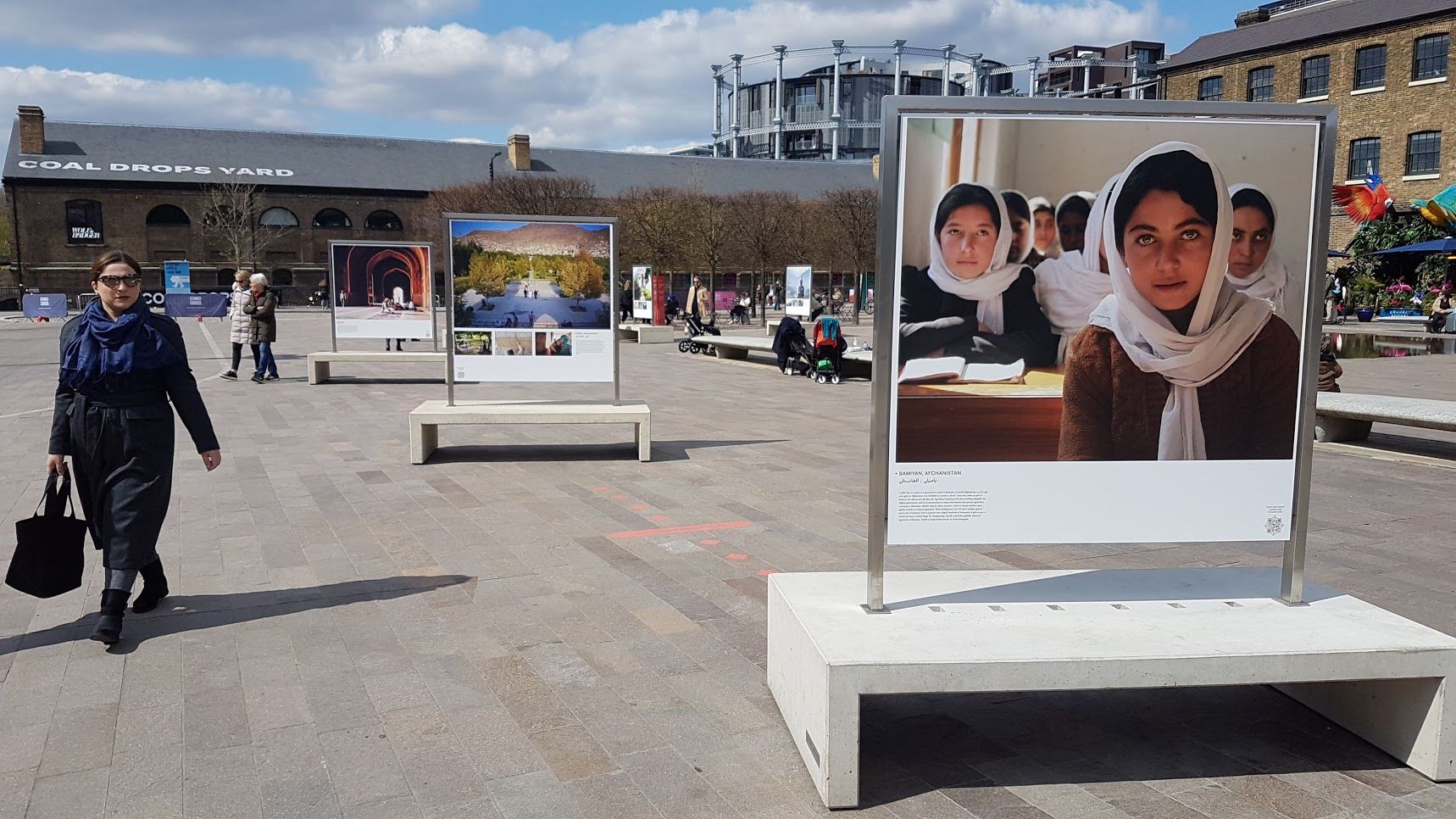 The exhibition is placed throughout the Granary Square area of King’s Cross in London. Here the viewer is encouraged to take a journey across desert, mountain, and sea. Each of these aspects, together with the people who live within these areas, features in the new open-air exhibition. 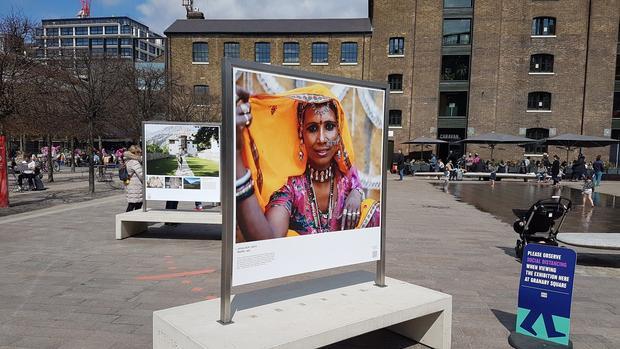 The Silk Road today, as represented by India.
Tim Sandle

Each image has been taken by photographer Christopher Wilton-Steer, who travelled along the historic trade route that was once known as The Silk Road during the course of 2019 (a distance tolling some 40,000 kilometers). Th exhibition is supported by the presented by the Aga Khan Foundation (which provides educational resources in relation to Muslim civilizations). 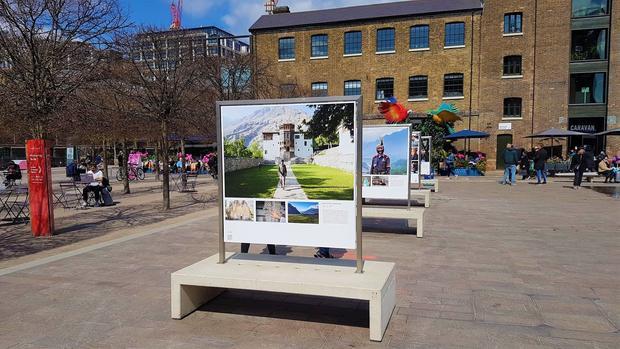 A selection of photo boards at The Silk Road exhibition.
Tim Sandle

The Silk Road refers to an ancient trade route (or rather a series of interlinked networks), connecting the Western world with the Middle East and Asia. The route was the major conduit for trade for much of the Roman Empire and China. Following the fall of these empires, the route continued into medieval Europe, connecting various European kingdoms to China. 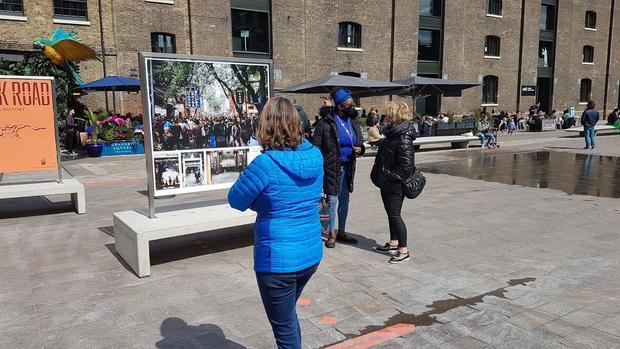 A woman looking at the exhibiiton displays.
Tim Sandle

The importance of the ancient Silk Road goes beyond mercantilism. The route was also of cultural, political, and religious importance, in terms of interactions between peoples. 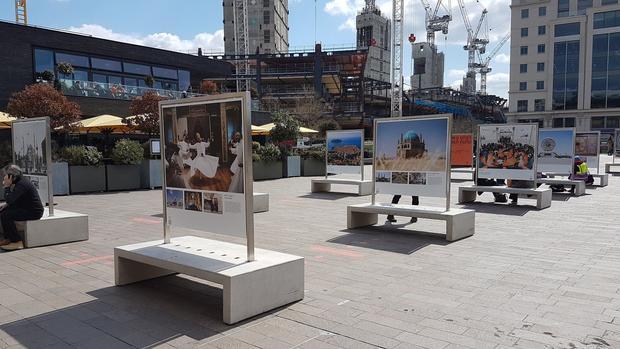 A series of stunning photos, showcasing the range on offer at the exhibition.
Tim Sandle

While the Silk Road simmered a hot bed of ideas, culture, inventions, and rare products, and enabled these to spread across much of the settled world, the area was also dominated by different imperialist powers at different stages of its history. 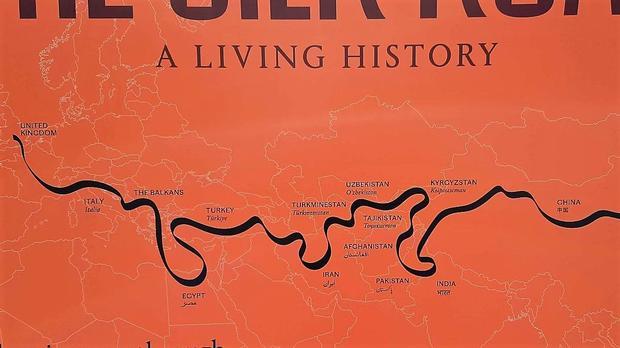 A visual interpretation of The Silk Road route.
Tim Sandle

The main routes of the Silk Road have been subdivided by historians as: 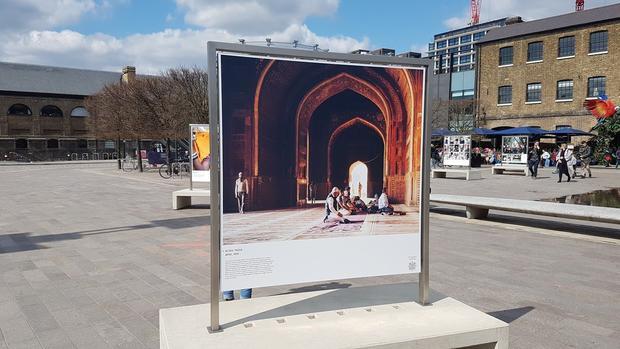 One of The Silk Road poster boards, focusing on India today.
Tim Sandle

The phrasing of the route as the ‘Silk Road’ dates back to the Han dynasty in China, with reference to the trade in silk, which was, for several centuries, the most lucrative commodity. 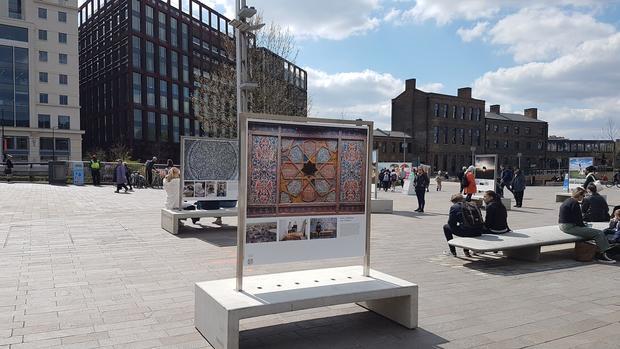 The Silk Road is a celebration of different cultures.
Tim Sandle

Today, parts of the Silk Road (or what is more often referred to as the ‘New Silk Road’) continue to be trading hubs and transportation channels. Trading occurs on land and on the maritime branch. However, the modern era had not returned Afro-Eurasia and the global system to the open trade of the Silk Road era to anything like it was before. 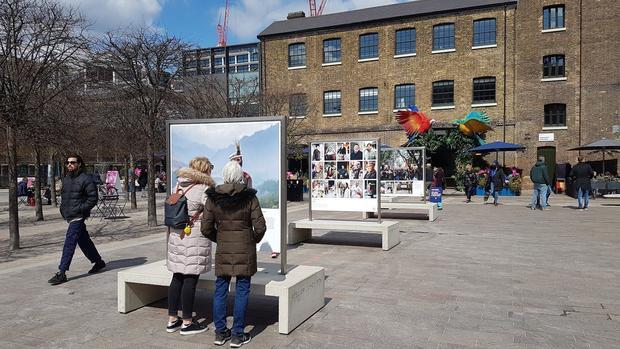 Belt and Road: The Silk Road — A Living History celebrates the diversity of cultural expression found along the route, highlighting how historical practices, rituals and customs live on today.
Tim Sandle

The new exhibition celebrates the different countries, and regions, peoples, cultures and beliefs, of today that made up the Silk Road routes. These are displayed as larger, colorful, sometimes panoramic pictures, accompanied by descriptions of the photograph and what it is intended to represent. There is also additional content, such as videos and music, accessible via QR codes displayed on each panel. 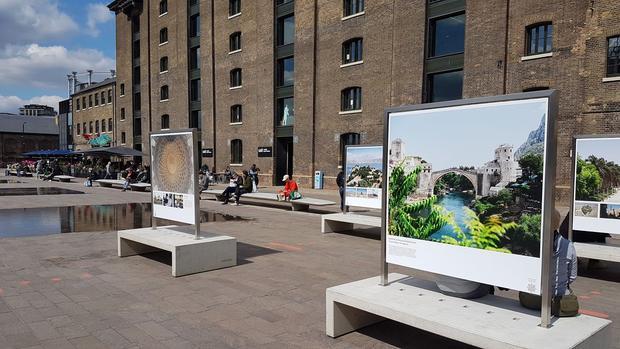 The exhibition’s linear design creates a physical route for the viewer offering them the chance to travel by proxy.
Tim Sandle

What is most interesting, when viewing the photographs, is considering which historical practices, rituals and customs are living on today. 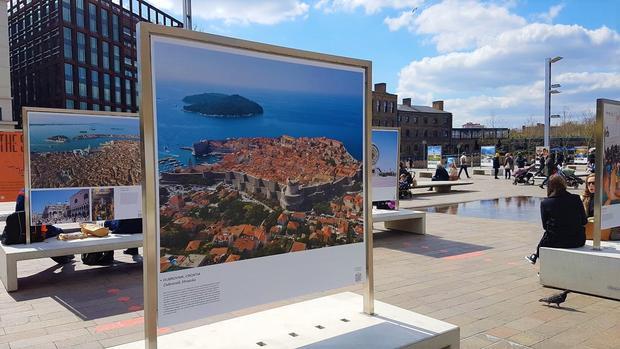 Dubrovnik is a city in southern Croatia fronting the Adriatic Sea. It was once part of The Silk Road.
Tim Sandle

In this article:Culture, Globalization, peoples, The Silk Road