When we think of a tropical rainforest, the Amazon comes to mind, or other tropical regions around the equator. Rainforests are the Earth’s oldest living ecosystem, and yet, where once these tropical forests covered 14 percent of the Earth’s surface, today, they now cover just 6 percent.

According to the United Nations’ Food and Agriculture Organization (FAO), every year, 18 million acres (7.3 million hectares) of tropical forests are lost, either from logging, burning or other destructive methods. As a comparison, think of losing an area the size of the country of Panama every year. 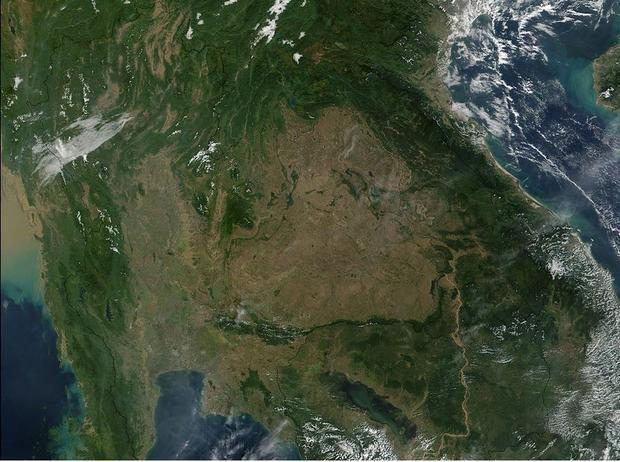 On November 30, 2001, MODIS captured this image of southeastern Asia. The image focuses on the countries of Myanmar, Thailand, Laos, Cambodia, and Vietnam, left to right respectively. Deforestation is clealy seen.
NASA

However, the FAO report also said the rate of deforestation was decreasing by 25 percent overall, a figure that could be taken wrong, because the report also says that deforestation has increased significantly in South America and Indonesia. The new study, conducted by researchers at the University of Maryland, College Park, suggests the reporting methods used by FAO failed to include areas of deforestation clearly seen on satellite images, leading to the assumption that there was a decline in the loss of tropical forests.

“Several satellite-based local and regional studies have been made for changing rates of deforestation [during] the 1990s and 2000s, but our study is the first pan-tropical scale analysis,” said geographer Do-Hyung Kim, lead author of the study study accepted for publication in Geophysical Research Letters, a journal of the American Geophysical Union.

Kim and his colleagues Joseph Sexton and John Townshend studied 34 countries making up 80 percent of forested tropical lands. A total of 5,444 Landsat scenes from 1990, 2000, 2005 and 2010 were analyzed to fully document the amount of forests lost or gained during those periods. To minimize human error, the study was fully automated and computerized.

They found that for the period 1990-2000, yearly net forest loss was 15,000 square miles ( 4 million hectares) per year for all countries in the study. The figures rose for the period covering 2000 to 2010, with 25,000 square miles ( 6.5 million hectares) being lost yearly for all countries in the study, an increase of 62 percent. This is comparable to losing a tract of forest the size of West Virginia or Sri Lanka each year. 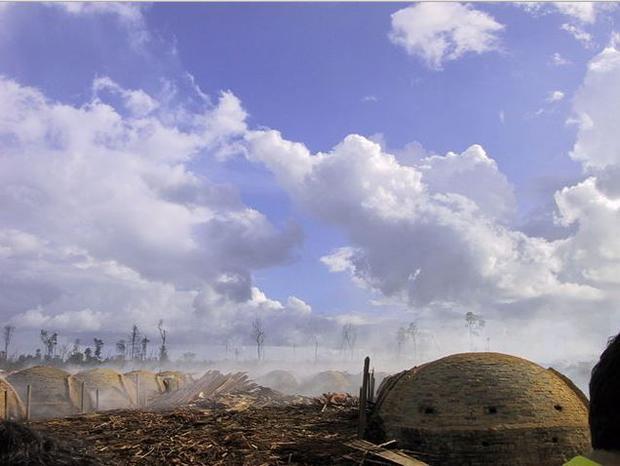 Making charcoal in what was a tropical rainforest.
Sheynhertz-Unbayg

The countries showing the largest losses due to deforestation were led by Brazil, where 2,300 square miles of rainforest are lost every year. Following in Brazil’s footsteps is tropical Asia with 3,100 square miles lost in Malaysia, Cambodia, Thailand and the Philippines. Tropical Africa showed the smallest net loss of tropical forests, with the exception of Democratic Republic of Congo and Madagascar, where a steady increase is shown.

Geographer Douglas Morton studies forest cover using satellite imagery at NASA’s Goddard Space Flight Center in Greenbelt, Maryland. While not part of the study, he did say, “The new satellite-based study really provides a benchmark of tropical forest clearing not provided by other means. It’s not really a surprise that the new research shows dramatically higher deforestation rates. Without the transparency of Landsat satellite data, it is difficult to put your finger on changing trends.”

The study did not focus on the impact that deforestation has on climate change. Nor did the study discuss the rapid removal of trees in tropical rainforests’ being a significant source of global carbon emissions. Not mentioned was the role tropical rainforests play in the water cycle, so important to cyclic climate patterns. But all these issues are tied into deforestation because they are impacted by every single tree that is removed.