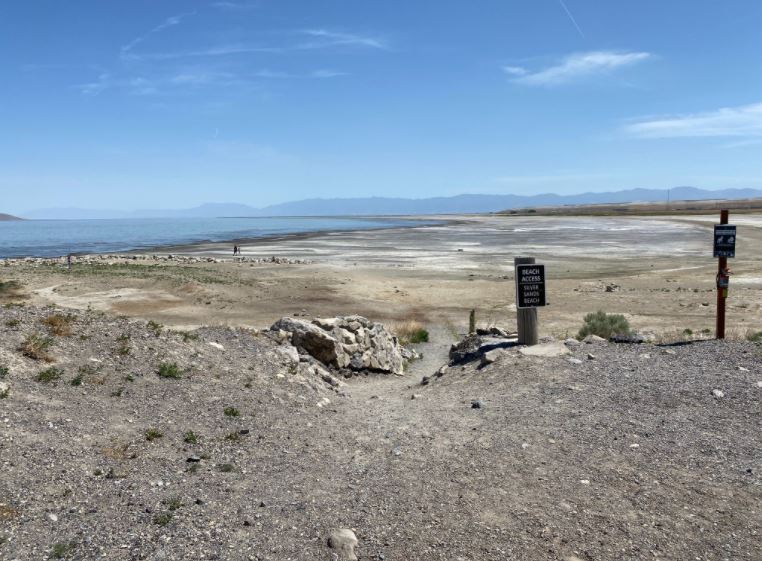 The record-breaking drought that has hit the western U.S. has accelerated the decline in water levels in Utah’s Great Salt Lake. On Saturday, the U.S. Geological Survey said the southern portion of the Great Salt Lake has dropped to its lowest recorded level ever.

Records of water levels in the largest saltwater lake in the western hemisphere have been kept since 1849. The water level on Saturday had dropped one inch below the previous record of 4,194 feet, set in 1963, according to ABC News.

“Based on current trends and historical data, the USGS anticipates water levels may decline an additional foot over the next several months,” said USGS Utah Water Science Center data chief Ryan Rowland in a statement. “This information is critical in helping resource managers make informed decisions on Great Salt Lake resources. You can’t manage what you don’t measure.”

The local FOX News affiliate in Salt Lake City has been monitoring the lake levels regularly. The data released on Saturday confirmed what FOX13 had reported last week.

With the Great Salt Lake shrinking at an alarming rate, environmentalists, scientists, and political leaders are working on plans to try to save it. Utah Governor Spencer Cox has called on Utahns to conserve water in the historic drought.

Seasonally, the lake starts bouncing back in September or October, said Laura Vernon, Great Salt Lake coordinator for the Utah Department of Natural Resources, reports The Salt Lake Tribune. “That’s when rainstorms move into northern Utah and agricultural water use declines, leaving more water in the three rivers — Jordan, Weber, and Bear — that feed the lake.”

Vernon said when the snow melts in the spring, “the lake usually goes up about 2 feet every year. It could be 3 or 4 feet in an awesome year. This year, it only went up 6 inches. So it just never had a chance.”

More than 93 percent of the land in seven Western states is in drought conditions, and nearly 59 percent of the area is experiencing extreme or exceptional drought -the two worst conditions – according to figures released by the U.S. Drought Monitor.

And even though the lake has been occasionally called “America’s Dead Sea,” the lake provides a habitat for millions of birds, including shorebirds and waterfowl, and supports a brine shrimp (Artemia franciscana) industry that supplies 35 to 45 percent of the worldwide supply.