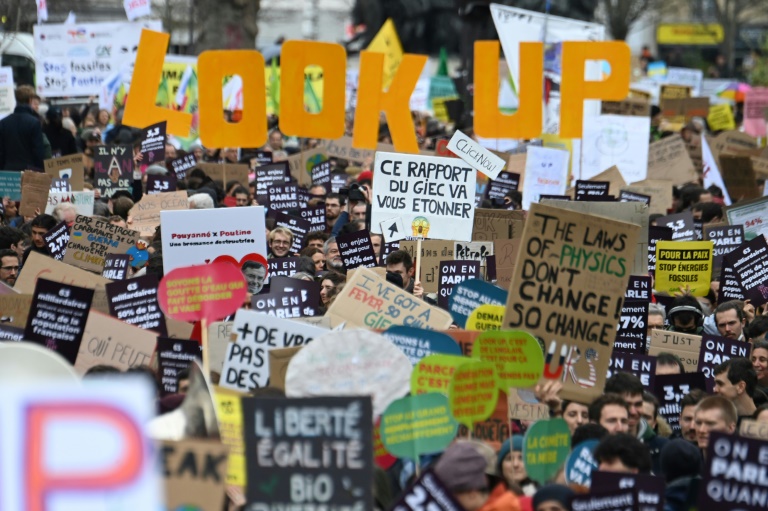 Tens of thousands of people protested across France Saturday to call for more attention to the climate crisis in the runup to presidential polls next month.

“Look up,” read one message in giant orange letters demonstrators held up in Paris, urging politicians to make protecting the planet a priority.

The sign was a nod to Netflix hit “Don’t Look Up”, in which astronomers who discover a comet will wipe out the earth try in vain to get politicians to take the threat seriously.

“When are we going to talk about it?” read another sign.

The climate crisis took up only 1.5 percent of talking points in media coverage of the election campaign from February 28 to March 6, a recent survey by climate justice NGOs has found.

Organisers said 80,000 protesters took part across the country, including 32,000 people in Paris. The interior ministry however said just around 40,000 demonstrated, of whom 11,000 in the capital.

In the northern city of Lille, Lydie Lampin Bernand described the climate crisis as “worse than critical.

“I’m only 34 years old, and even I’ve seen the planet slapped in the face with a shovel,” she said.

“We have to protect the land we’ll leave to our children,” she added, but politicians had not so far shown they were up to tackling the challenge.