In a study published in the journal Science Advances on February 13, an international team of researchers described their findings after a five-year-long study of the sources of black carbon in the Arctic – explaining why what they found relates to global warming.

Most of the information we have on global warming comes from studies on the release of carbon dioxide into the atmosphere, yet very little is mentioned about the other man-made activities that are also heating the planet. One human activity contributing to global warming is the emission of soot.

Soot, or black carbon, a scientific term for soot, is the black stuff in smoke. Wood, dried animal dung, and other biofuels all produce black carbon when burned. And fossil fuels, such as coal and petroleum, are especially prolific producers of the particles. 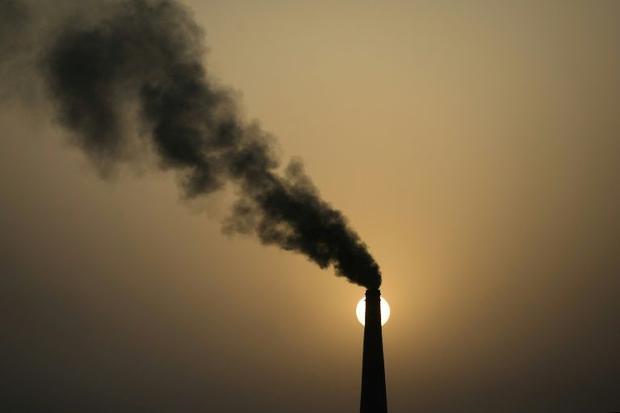 Because of its inefficiencies, some bits of the carbon ends up in the atmosphere but being heavier than CO2, a gas, they don’t stay there and come back down to Earth. Carried by the winds, when the particles land on Arctic ice, they turn the ice black. Blackened ice absorbs heat, white ice reflects it.

Actually, scientists have been concerned about the dispersal of black carbon in the Arctic for at least a decade or more. The big question studies at that time sought to answer was whether carbon emissions were going up like CO2 emissions, and how much they would contribute to the melting of Arctic sea ice.

In a NASA blog in 2011, University of Illinois-based Tami Bond, one of the nation’s leading black carbon specialists was cited. During a Congressional hearing in 2010, she noted that one ounce of black carbon dispersed in the atmosphere would block the amount of sunlight that would fall on a tennis court. 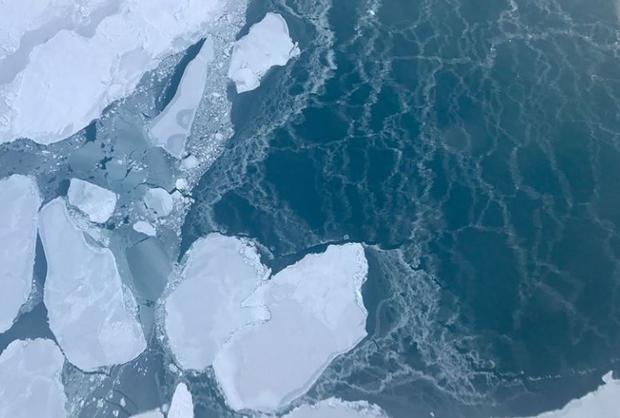 Image of Arctic sea ice taken by NASA Goddard researcher Linette Boisvert of the holes and openings in the sea ice cover that expose the warm ocean below where more heat and moisture are put into the atmosphere, helping to warm the Arctic.
NASA – Operation IceBridge

The new study on black carbon
The researchers with this new study claim may of the prior studies produced unreliable results due to what they describe as “a lack of observational restraints” and “less-than-clear emission inventories,” reports Phys.org.

The team’s analysis involved taking samples from multiple remote locations across the Arctic. They then subjected each sample to chemical analysis to determine which kind of source the carbon came from. The team found that almost 70 percent of the black carbon in the Arctic currently comes from fossil fuel burning in Northern countries.

This means that burning fossil fuels, not croplands or wildfires are the major source of carbon, as many people have suggested. Another interesting thing the study found was the variations of carbon on a seasonal basis. In the winter, more fossil fuels are burned to keep homes and businesses warm. In the summer months, the carbon signature is attributed to crop burning and wildfires. 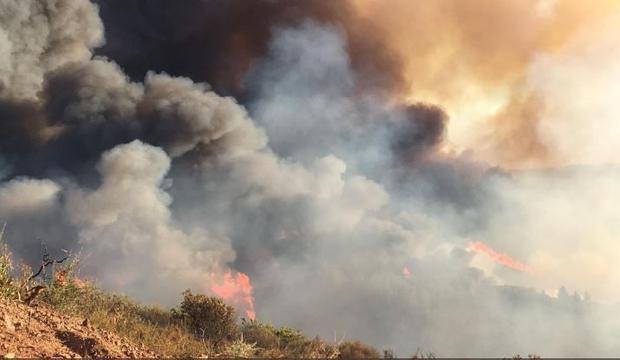 In August 2018, six large new wildfires erupted in the United States, pushing the number of major active blazes nationwide to over 100.
USFS

The study also found that most of the carbon comes from the Arctic countries and parts of Europe and northern China above about 42 degrees north latitude, a line that passes along the southern edges of the U.S. states of Oregon, Michigan, and New York.

“Some people think it’s biofuels and wildfires, but our main takeaway is that fossil fuels are the main source of black carbon in the Arctic,” said lead author Patrik Winiger of Vrije Universiteit Amsterdam.

If we can cut fossil fuel emissions under the Paris climate agreement, “black carbon levels will decrease,” said Mark Serreze, director of the National Snow and Ice Data Center, who wasn’t involved in the new study.

He noted that the new study does “advance our knowledge. They have a good data set and agreement with models. They are starting to get a better handle on where it comes from and what it’s made of. That’s important if you’re going to come to any kind of mitigation strategy.”