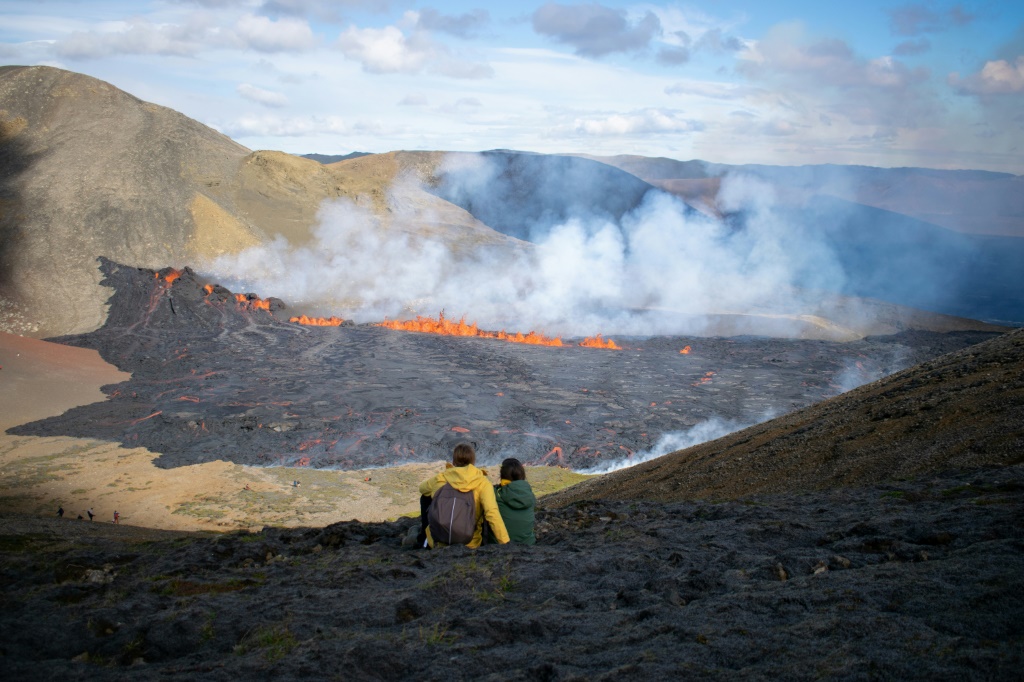 Curious onlookers made their way Thursday to the site of a volcano erupting near Iceland’s capital Reykjavik to marvel at the bubbling lava, a day after the fissure appeared in an uninhabited valley.

The eruption was around 40 kilometres (25 miles) from Reykjavik, near the site of the Mount Fagradalsfjall volcano in southwestern Iceland that spewed magma for six months between March and September 2021.

While last year’s eruption was easily accessible on foot and drew more than 435,000 tourists, the new eruption is trickier to access, requiring a strenuous 90-minute hilly hike from the closest car park. 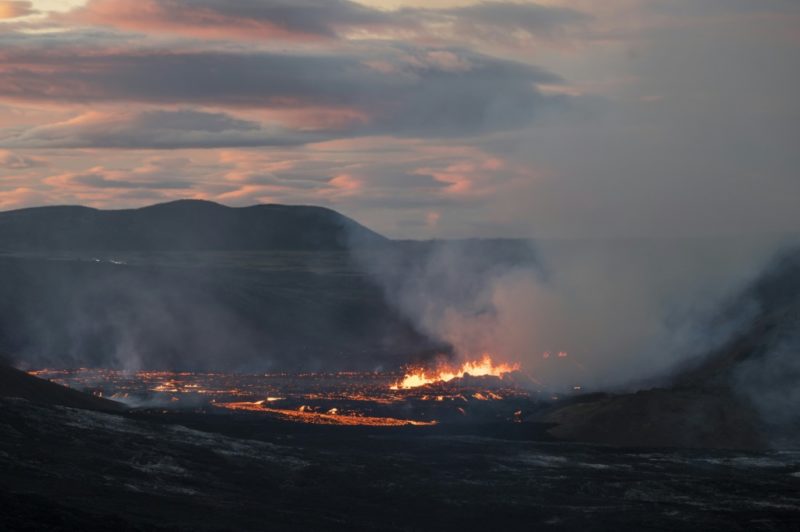 Wednesday’s eruption was preceded by a period of intense seismic activity. — © AFP

Despite that, more than 1,830 people visited the site on the first day of the eruption, according to the Icelandic Tourist Board, and more visitors were seen trekking to the scene early Thursday.

Among them was American tourist Hather Hoff, 42, for whom seeing lava was “a life goal”.

“I had to sit down and have a little cry because it is so beautiful, so emotional — this is the raw power of our planet,” she told AFP.

“This is special with the lava, huge fountains popping out in the middle, and I love that a lot,” she said.

The fissure was estimated to be around 360 metres (1,181 feet) long, the Icelandic Meteorological Office said Thursday, with lava fountains about 10-15 metres high.

Wednesday’s eruption was preceded by a period of intense seismic activity, with about 10,000 earthquakes detected since Saturday, including two with a magnitude of at least 5.0.

The frequency of the earthquakes has slowed since the magma burst through the ground.

The average lava flow in the first hours was estimated at 32 cubic metres per second, according to measurements done Wednesday at 1705 GMT — 3.5 hours after the eruption began — by scientists from the Institute of Earth Sciences.

That is about four or five times more than at the beginning of last year’s eruption.

Officials had initially urged people to refrain from visiting the site until a danger assessment had been conducted. 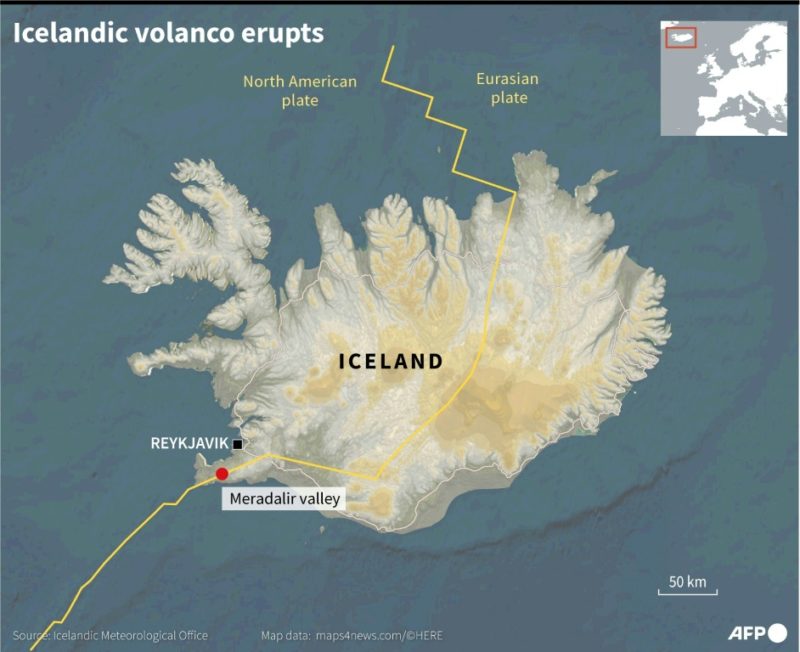 But on Thursday, the Department of Civil Protection and Emergency Management said only that young children should not walk up to the eruption site.

Gases from a volcanic eruption — especially sulphur dioxide — can be elevated in the immediate vicinity, may pose a danger to health and even be fatal.

Gas pollution can also be carried by the wind.

Mount Fagradalsfjall belongs to the Krysuvik volcanic system on the Reykjanes peninsula in southwestern Iceland.

Known as the land of fire and ice, Iceland has 32 volcanic systems currently considered active, the highest number in Europe. The country has had an eruption every five years on average.

However, until last year, the Reykjanes peninsula had not experienced an eruption since the 13th century, when a volcano erupted for 30 years from 1210-1240.

Geophysicists have said that the 2021 eruption could signal the beginning of a new period of eruptions lasting centuries.

A vast island near the Arctic Circle, Iceland straddles the Mid-Atlantic Ridge, a crack on the ocean floor separating the Eurasian and North American tectonic plates.

The shifting of these plates is in part responsible for Iceland’s intense volcanic activity.

In this article:Climate, Iceland, Volcano