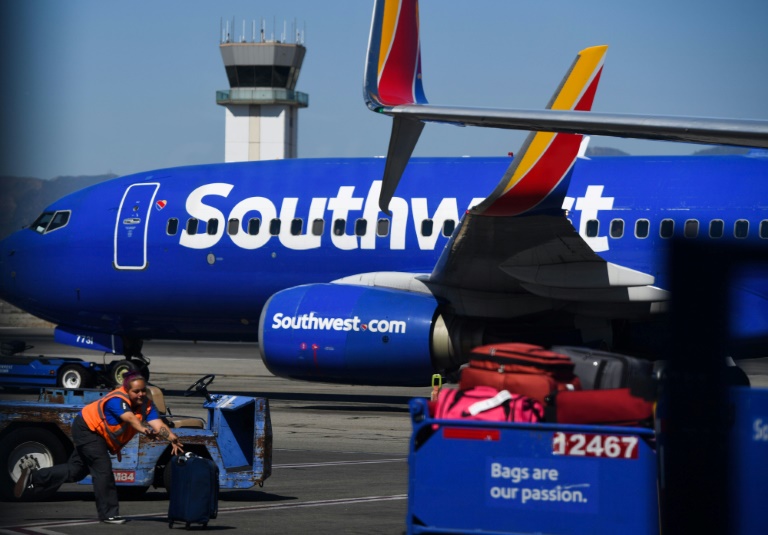 As of 5:00 p.m. Sunday, Southwest Airlines had canceled more than 1,000 flights, or 28 percent of its schedule, according to flight tracker FlightAware. The Dallas-based airline said the disruptions were due to air traffic control issues and weather.

The long, three-day weekend disruption of flights has continued into Monday, with 337 Southwest flights added to the list of cancellations, according to CNN.

“We’ve continued diligent work throughout the weekend to reset our operation with a focus on getting aircraft and crews repositioned to take care of our customers,” said Southwest Airlines in an emailed statement. “With fewer frequencies between cities in our current schedule, recovering during operational challenges is more difficult and prolonged.”

However, the claims made by Southwest Airlines are being questioned. The Federal Aviation Administration (FAA) said there have been no air traffic-related cancellations since Friday. In a statement, FAA spokesperson Steve Kulm said there were no staffing shortages reported.

The FAA statement reads: “Flight delays and cancellations occurred for a few hours Friday afternoon due to widespread severe weather, military training, and limited staffing in one area of the Jacksonville Air Route Traffic Control Center. Some airlines continue to experience scheduling challenges due to aircraft and crews being out of place. Please contact the airlines for details about current flight schedules.”

CBS News cites Henry H. Harteveldt, president and travel industry analyst at The Atmosphere Research Group, based in San Francisco, who points to other causes for the cancellations.

Harteveldt says Southwest has scheduled more flights than it can handle, a problem that started in June. He also noted that Southwest operates what’s known as a point-to-point route network, and when a delay occurs, it “cascades” along the remaining flight segments. That’s because, for example, a Southwest flight departing Fort Lauderdale, Florida, for the airline’s home base of Dallas may make multiple stops along the way.

“All of this is happening as people are in the midst of booking their Thanksgiving and Christmas/New Year holiday travel,” he said. “It’s very possible that some people who might normally book on Southwest may see this news and choose to fly other airlines.”