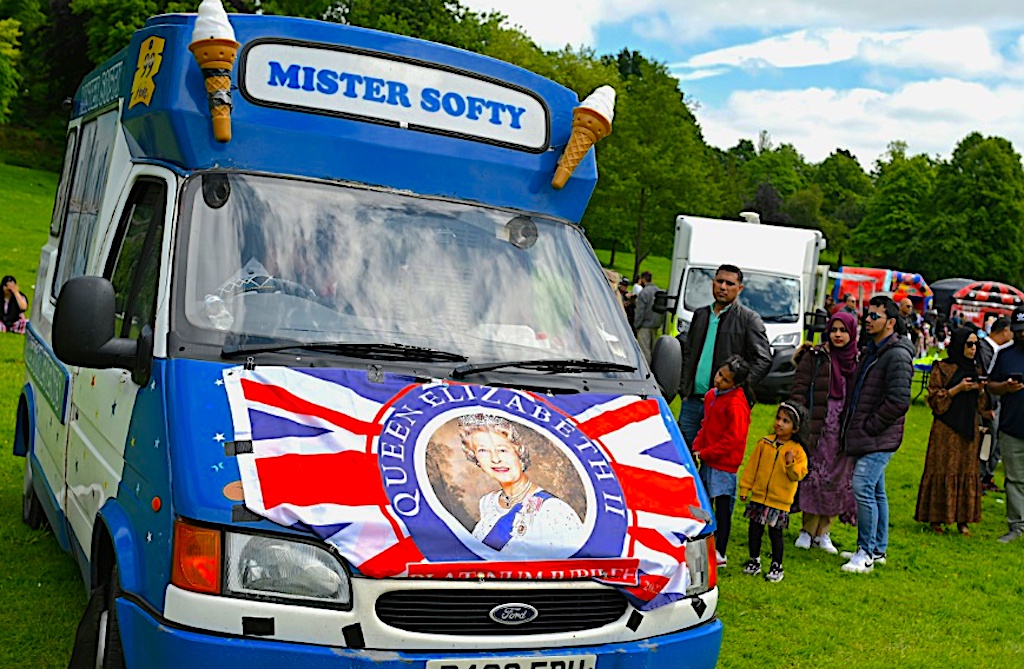 From Bollywood-style dance to henna tattoo workshops, celebrations for Queen Elizabeth II’s record-breaking 70-year reign in the northwestern English city of Preston had a multicultural flavour on Saturday.

With a population of 140,000 and close to Manchester, Preston is home to a large community with south Asian ancestry, and this year combined its annual festival of subcontinental arts, culture, tradition and heritage with celebrations for the queen’s Platinum Jubilee.

To mark the royal landmark, the Preston City Mela, a showcase for all things South Asian since 1997, broadened its scope to include culture from the 54 Commonwealth countries.

“Of course we live in this country and we do love our queen, but it’s nice to have our culture in the spotlight for a change, and all the Commonwealth cultures as well,” Hanifa, a Preston resident of Indonesian origin, told AFP.

“The atmosphere is so nice and to have all those influences, all these cultures, makes it even nicer,” said the 60-year-old, who was enjoying the day with friends.

She said she watched on television as the royal celebrations got under way in central London Thursday with the Trooping the Colour military parade, and found it “moving” to see the queen on the balcony of Buckingham Palace with her family.

Gulab Singh, organiser of the Preston mela, said this year’s curators had tried to align with the jubilee “as much as we can”.

“With the Mela, it’s always South Asian art, but we’ve broadened it up to reflect the Commonwealth perspective,” he explained.

The Commonwealth is a grouping of mainly former British colonies headed by the queen, who is also head of state in 14 of these countries or realms in addition to the UK.

Sitting in the sun, 58-year-old Amit Chauhan was getting into the festive mood, eating vegetable samosas and nodding to the music.

On stage a dancer swayed in a sari to the beat of “Shape of You” by British pop star Ed Sheeran, remixed here with Indian influences.

Sheeran will headline a special performance outside Buckingham Palace on Sunday to wrap up the four days of Platinum Jubilee celebrations.

“I think it’s nice the Mela takes place during the jubilee days,” said Chauhan, who nonetheless admitted he was not really a royal fan.

“Honestly, I don’t really care about the queen or the monarchy. I think it’s a lot (of celebration) for nothing… But I’m British and when you’re British you have to deal with it,” he said.

Chauhan’s parents were among the many Indians and Pakistanis to arrive in northwestern England in the 1950s and 60s to work in the region’s then-booming textile industries.

He added he had seen little representation of people with a similar background to him in the televised royal pageantry so far.

“Since Thursday, we’ve been seeing so many ‘so British’ parties, but not a lot of them reflects British immigration.”

While around 60 percent of Britons want to keep the monarchy, only 37 per cent of those from an ethnic minority support the institution in its current state, according to a May poll for the British Future organisation.

Laila, 16, said she had not taken part in the jubilee celebrations at all so far.

“We’ve got an extra bank holiday for the jubilee, so thanks to the queen for that,” said the teenager, who had managed to acquire a henna tattoo at the event, despite parental disapproval.

“But for us it’s mainly about spending time together with my friends,” she said, showing off her elaborately decorated hand.