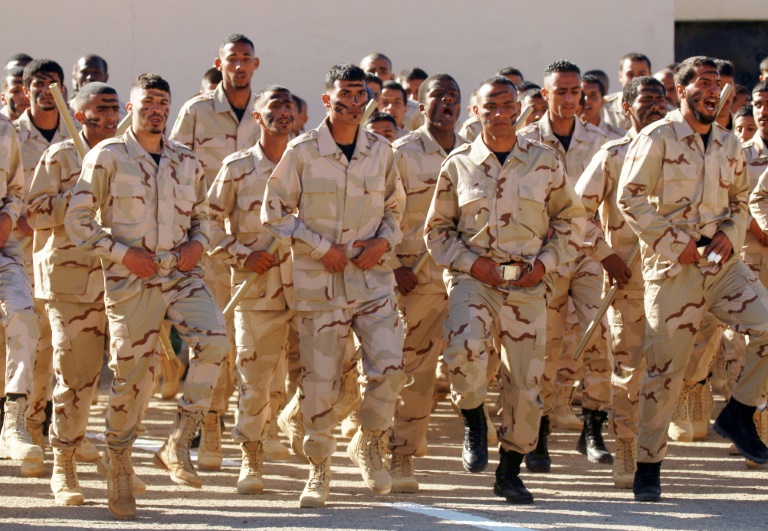 Providing mercenaries in Libya’s internal conflict has become the main source of revenue for armed groups from Sudan’s own war-torn Darfur region, the United Nations said in a report Friday.

The report, drawn up by UN experts in charge of monitoring the arms embargo imposed on Sudan, said the guns-for-hire deals had been facilitated by the United Arab Emirates.

It said the activity meant that the arms embargo had been broken “with the transfer of arms and other military materiel into Darfur.”

“Mercenary activities in Libya had been the major source of financing for most Darfurian movements” in 2021, the report said.

It noted that thousands of Sudanese mercenaries are in Libya in the service of the self-proclaimed Libyan National Army controlled by Marshal Khalifa Haftar.

These mercenaries come from signatory and non-signatory movements of the Juba Peace Agreement, concluded in October 2020, the experts said, adding that they are not able to quantify the total number.

“Most Darfurian armed groups continued to work for the Libyan National Army in Libya during the reporting period, securing areas and manning checkpoints. In return for these tasks, the five main movements (SLA/MM, GSLF, SLA/TC, SLA/AW and SRAC) were receiving payments and logistical support,” the UN experts said.

The report noted that “several sources in the movements said that the money and support were discussed and agreed upon in meetings between their military commanders and United Arab Emirates representatives in Libya.”

“The payments were provided by the United Arab Emirates and channelled to the movements by the Libyan National Army, which took a cut,” the report added.

The UN experts said that when confronted last November with allegations about providing “financial and military support to Darfurian forces (both in the Sudan and in Libya), the United Arab Emirates referred to its country’s moderate position and struggle against extremism and hate speech.”

The report also said the Sudanese government had participated in the activities of the so-called “5+5” Joint Military Commission, which brings together representatives from eastern and western Libya to guarantee the ceasefire and the withdrawal of foreign fighters and troops from that country.

The UN experts said several “small groups” of Sudanese mercenaries operating in Libya had shown willingness to engage in peace talks and return to Sudan.

Darfur is a vast region in western Sudan regularly shaken by clashes linked, among other things, to territorial disputes or difficulties in accessing water.

The region has experienced a long war that has, since 2003, left at least 300,000 dead and 2.5 million people displaced, according to the UN.