A vast underground weapons factory was opened up last week by Austrian documentary-maker Andreas Sulzer and his team. The 75-acre complex drew Sulzer’s interest after he saw references to it in the diary of an Austrian physicist who had worked for the Nazis. Between the diary and the use of ground-penetrating radar, Sulzer’s team was able to pinpoint the site and clear away the layers of soil and slabs of granite used to seal the entrance.

The Bergkristall factory used slave labor
High radiation levels around the town of St. Georgen an der Gusen have long fueled the theory that the Nazis were attempting to build a nuclear bomb during WWII. The discovery of this previously unknown complex is situated very close to the B8 Bergkristall facility where the Messerschmidt Me 262, the world’s first jet-powered aircraft was built. Luckily for the Allies, the factory was only in production for less than two months before the war ended. 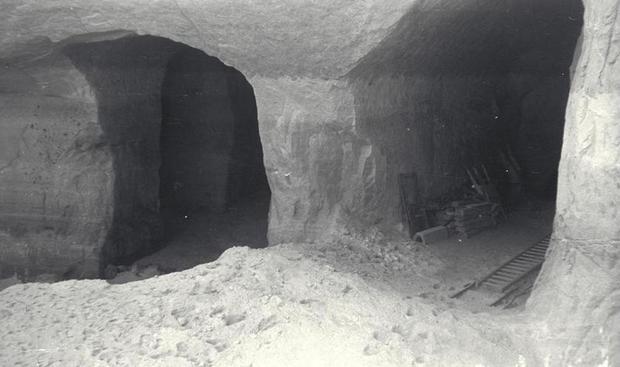 The nearby Mauthausen-Gusen concentration camp supplied the slave labor needed for the operation of the Bergkristall factory. The concentration camp was classified as Grade III, meaning it was one of the toughest camps, meant for the “Incorrigible Political Enemies of the Reich.” Most of the prisoners were from the upper class, scientists, teachers, and physicists.

The Bergkristall factory was examined by U.S. military leaders at the end of the war but was eventually covered up by the Soviets after all the machinery was removed in 1947. In 1955, the Austrian government decided to make use of the underground facility for more peaceful purposes, like a hospital or nuclear waste dump. But again, in 2001, the complex was sealed to keep further research being done. 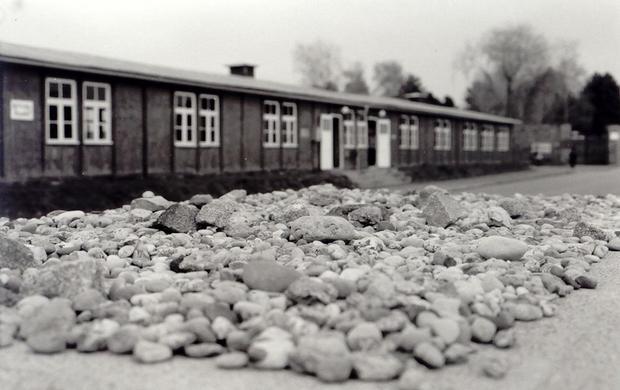 One of the barracks in Mauthausen with stones left by Jewish visitors in memory of the past.
Unknown

Interestingly, the unknown complex, just recently uncovered was supposedly never known about or even talked about. But the strange story of an underground factory that dealt with testing weapons of mass destruction have persisted. Unexpectedly, last week local authorities put a halt to the excavation saying new permits were required for any work to continue. It is hoped that work will resume next month.

Some new questions have arisen over SS General Hans Kammler
Besides being the last SS high-ranking officer to be appointed to the rank of general, Dr Hans Friedrich Karl Franz Kammler was also an engineer. After joining the SS, he was put in charge of building concentration camps, as well as extermination facilities. By the end of WWII, he had been put in charge of the V-2 missile program by the direct authority of Heinrich Himmler.

Rainer Karlsch, a historian working with Sulzer, said “The SS leadership aspired to create a combination of missiles and weapons of mass destruction. They wanted to equip the A4 [a variant of the V-2] missile or more advanced rockets, with poison gas, radioactive material or nuclear warheads.” It is believed that SS General Hans Kammler was in charge of the underground WMD facility up until the end of WWII.

V-2 rocket on Meillerwagen at Operation Backfire near Cuxhaven in 1945.
Imperial War Museum

Sulzer now wants to know what really happened to Kammler at the end of the war because he seems to have disappeared without a trace. History has not been able to help very much because right now, there are four possible theories floating around the Internet that speak to his disappearance or demise. And this little mystery is what makes the possibility of the unknown facility being a factory for WMD plausible.

Sulzer says “Kammler was in charge of Hitler’s missile programs, including the V-2 rocket used against London in the latter stages of the war. He was known as a brilliant but ruthless commander, who had signed off the blueprints for the gas chambers and crematoria at the Auschwitz concentration camp complex in southern Poland. Rumors persist that he was captured by the Americans and given a new identity after the war.” 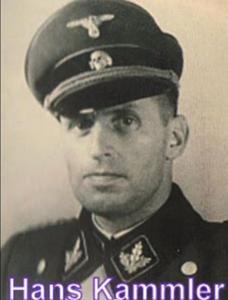 What Sulzer is referring to is a program called Operation Paperclip, which raises the possibility that Kammler was brought to the United States after the war along with other German scientists because he had worked on a number of secret German projects. Over 1,500 scientists, technical people, and engineers were brought to the U.S. from Nazi Germany to work on US weapons programs, primarily because we didn’t want the Russians to get them first.

Another theory on Kammler’s disappearance says his aide shot him to keep 500 Czech resistance fighters from capturing him on May 9, 1945 in Prague. Another cause of death was sworn to by Heinz Zeuner in 1965, He said that Kammler died on May 7, 1945 from cyanide poisoning, and he and several others had seen the body. 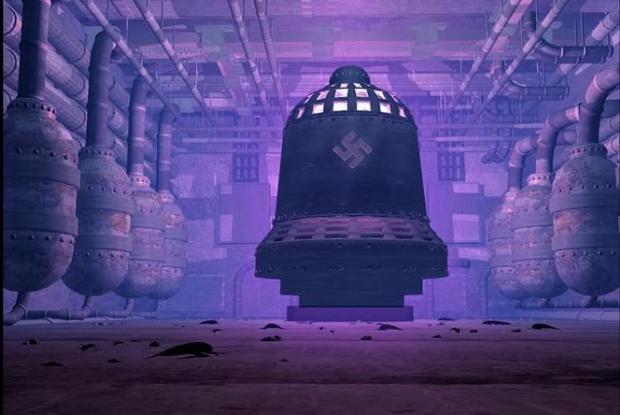 One other theory worth mentioning was Kammler’s interest in an “anti-gravity” project called The Bell or Die Glocke. This was supposedly a top-secret Nazi scientific device or secret weapon. It is said that Kammler went to the Antarctic after the war and ended up working on The Bell with Venezuelan scientists. Whichever theory on Kammler’s disappearance you want to believe, they are all plausible, to some extent.