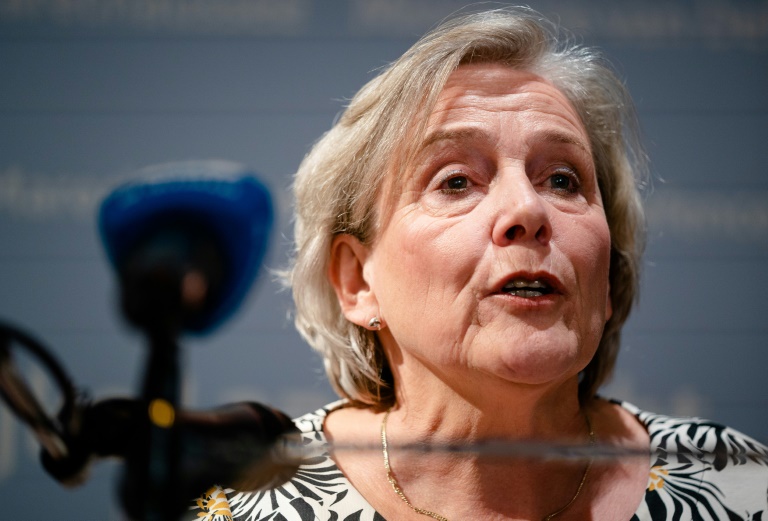 The Dutch defence minister on Friday became the second cabinet member to resign over the Afghan evacuation debacle as the widening scandal claims a growing number of Western political scalps.

Ank Bijleveld followed foreign minister Sigrid Kaag out of the door after parliament formally censured them over a crisis that has left dozens of interpreters stranded in Afghanistan.

The Dutch ministers are believed to be the first Western officials to resign over the chaos that followed the Taliban’s takeover of Kabul, although Britain’s Dominic Raab was demoted as foreign secretary earlier this week.

Unlike Kaag who resigned on Thursday, Bijleveld had originally refused to quit but finally bowed to pressure on Friday, saying she did not want to hamper the “important work” of her colleagues.

“My staying on has become the subject of discussion, and I don’t want that responsibility,” she said in a hastily arranged press statement. “I informed my party and prime minister that I will ask the king to receive my resignation.”

Rattled Prime Minister Mark Rutte said it was “extremely regrettable” that Bijleveld was resigning but that he respected her decision.

The Netherlands evacuated more than 1,500 people, both Dutch nationals and eligible Afghans, in the final chaotic days before the US pulled out of Afghanistan on August 31.

But many Afghans were left behind, including 22 interpreters, according to the government, despite calls from MPs and diplomats in Kabul to evacuate them months ago.

Kaag had defended her handling of the crisis but admitted the government had some “blind spots” about the situation that the Netherlands shared with other countries.

Dutch lawmakers from across the political spectrum lined up during a debate on Tuesday to accuse Kaag, Bijleveld and the government of being mired in “slowness and vagueness”.

The two resignations have been painted by the Dutch government as showing accountability for the Afghan scandal, something notable by its absence in other Western governments.

Britain’s Raab refused to resign despite being on holiday on a Greek island as the government scrambled to evacuate British nationals and Afghan staff in the face of Taliban advances last month.

Prime Minister Boris Johnson shunted Raab into the lesser role of justice secretary in a cabinet reshuffle on Wednesday, though he retains the title of deputy PM.

Johnson will be hosting Rutte later Friday in Downing Street to discuss subjects including Afghanistan and defence. Kaag had been scheduled to join them but will not now, officials said.

The immediate impact on Dutch politics is set to be limited as the current cabinet is operating in a caretaker capacity, while coalition talks after elections in March drag on fruitlessly.

Both officials are expected to make a swift comeback, especially Kaag, who is in negotiations with Rutte to form a government after her centre-left D66 party won the second most seats in the elections.

But there is a chance the affair could complicate the coalition talks, and even add to pressure on Rutte who has been dubbed the “Teflon Prime Minister” after dodging a number of other scandals.

Rutte himself formally resigned in January over a scandal involving child benefits — only then to stay in office as caretaker PM pending the elections, and then the coalition talks.

In the Netherlands, the debacle has also stirred bitter memories in the Netherlands of another foreign policy failure, when Dutch peacekeepers failed to prevent the 1995 Srebrenica massacre during the Bosnian War.