Rising sea levels are just one result of the climate crisis. As sea levels rise, this contributes to flooding, while threatening coastal habitats. Predicting the rise in sea level over a given time period can be difficult because there are two main elements that need to be observed in coming to a reliable prediction.

One is the loss of the ice on land = for example – melting mountain glaciers and inland ice sheets on Greenland and Antarctica, and the other is that the sea will expand as it gets warmer, just as a pot of water seems to expand as it begins to boil.

In its most recent assessment, the Intergovernmental Panel on Climate Change (IPCC) said the sea level was unlikely to rise beyond 1.1 meters (3.6ft) by 2100. Researchers from the Niels Bohr Institute, at the University of Copenhagen, believe sea levels could rise as much as 1.35 meters (3.6 feet) by 2100, under a worst-case warming scenario.

In a new study published in the European Geosciences Union journal Ocean Science, they claim that the models used by the IPCC were not sensitive enough, based on what they described as a “reality check” test. They found a discrepancy of about 25cm (9.8 inches) in the IPCC’s calculations on sea levels. 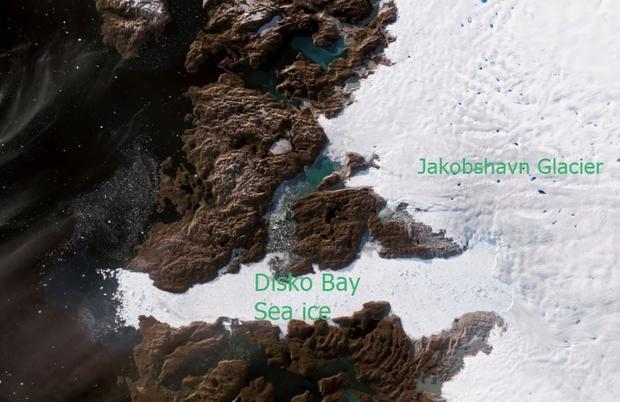 Jakobshavn Glacier in western Greenland is notorious for being the world’s fastest-moving glacier. It is also one of the most active, discharging a tremendous amount of ice from the Greenland Ice Sheet into Ilulissat Icefjord and adjacent Disko Bay—with implications for sea level rise. LandSat image dated June 18, 2019.
NASA Earth Observatort
Sea level rise since the advent of the Industrial Age
Aslak Grinsted, associate professor at the Niels Bohr Institute research section, Physics of Ice, Climate, and Earth, explains that over the past 150 years, from the onset of the Industrial Age, sea levels have been rising, due to the increase in the atmospheric concentration of carbon dioxide.

“We expect, of course, that there is a connection between rising temperature and the rate indicating the momentum of the rise. Observations are telling us that the rate has been accelerating over the past 150 years,” Grinsted says, according to Science Daily. “This means we can create a picture of how the connection between temperature and sea-level rise has been, historically.”

“But 150 years is not very long, actually, because of the great inertia in the warming of the oceans and inland ice sheets, so several hundreds of years can pass before we see the full consequences of warming in the atmosphere” he adds. 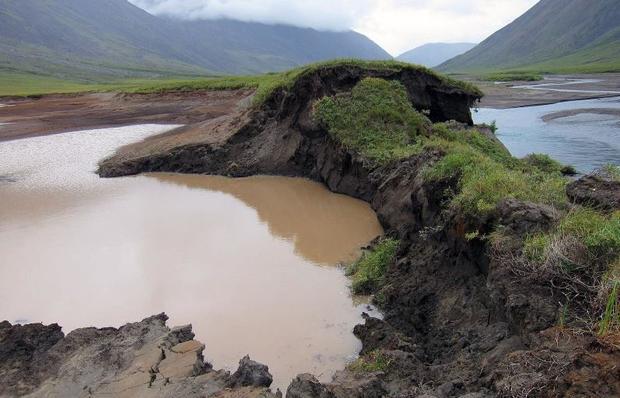 In Gates of the Arctic National Park, a bank of this lake thawed, allowing the Okokmilaga River to cut through and drain it to sea. Image dated: July 7, 2014.
NPS Climate Change Response NPS Photo (C.Ciancibelli)
The researchers point out that the models used in making the IPCC predictions had only a limited amount of information and lacked historical observations, used before we had satellite data. There was practically no data on the melt-off rate for Antarctica before we had coverage from satellite observations in the 1990s.
Advertisement. Scroll to continue reading.

“We have better historical data for the sea level rise in total, which, in principle, allows for a test of the combined puzzle of models. However, it has not been part of the routine to make sea-level hindcasts at IPCC, so presently we are not able to tell if these models are capable of reproducing the historical sea level,” Grinsted says.

The research team at the Niels Bohr Institute is hoping their method for validating future scenarios by looking into the past can gain a foothold in how sea-level rise will be analyzed in the future, according to The Guardian.

Jens Hesselbjerg Christensen, a professor at the institute’s ice, climate and geophysics section and a co-author on the paper, said: “We hope this new comparison metric will be adopted and can become a tool we can apply in comparing different models.”