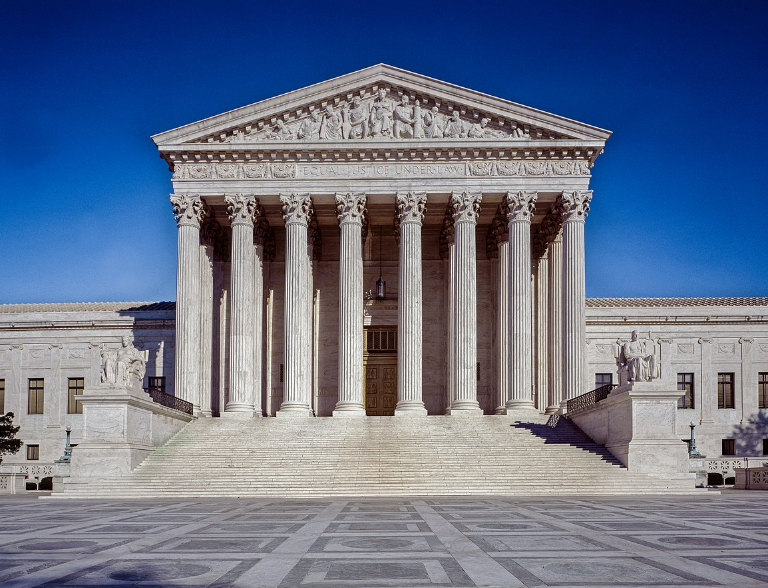 SCOTUS announced Thursday that it has agreed to hear a case next term that could upend election laws across the U.S. The issue revolves around how much sway state legislatures should have when it comes to federal elections.

The case, called Moore v. Harper, is centered on newly drawn maps of voting districts for North Carolina’s 14 seats in the next U.S. House of Representatives.

North Carolina’s Republican-controlled legislature redrew the state’s congressional districts in a way that would have likely resulted in 10 GOP victors in the state’s 14 districts.

The new map was rejected by the State Supreme Court saying they violated the state constitution and was a partisan gerrymander. A court-drawn map was put in place for this year’s midterm elections, reports the New York Times.

For those who may not know, gerrymandering describes the inten­tional manip­u­la­tion of district bound­ar­ies to discrim­in­ate against a group of voters on the basis of their polit­ical views or race.

In their appeal to the U.S. Supreme Court, the state’s Republicans argue that the U.S. Constitution’s Elections Clause gives state legislatures the power to determine how congressional elections are conducted without any checks and balances from state constitutions or state courts.

Earlier this year,in March, the Republican challengers sought emergency relief from the U.S, Supreme Court and were turned down, according to NPR.org, however, at that time, Justice Samuel A. Alito Jr. wrote an opinion and was joined by justices Clarence Thomas and Neil M. Gorsuch who both consurred.

Alito wrote: “This case presents an exceptionally important and recurring question of constitutional law, namely, the extent of a state court’s authority to reject rules adopted by a state legislature for use in conducting federal elections.”

Justice Brett M. Kavanaugh agreed that the question was important. “The issue is almost certain to keep arising until the court definitively resolves it,” he wrote.

Kavanaugh wrote that the court should grant a petition seeking review on the merits “in an appropriate case — either in this case from North Carolina or in a similar case from another state.”

As the country has already seen, the Supreme Court has gone rogue on a number of cases that have changed the political climate of this nation in an unpleasant way.

Legal scholars are now waving warning signs that the high court’s endorsement of the election clause theory could have severe consequences across the country for congressional and presidential elections.

Should the Supreme Court side with North Carolina Republicans, partisan gerrymandering would essentially be legal, and a racial gerrymander would be the only way to lodge a challenge.