Since the 1980s, the Thwaites glacier, a part of the West Antarctic ice sheet, has lost an estimated 54 billion tons of ice. And recent studies have shown that the melting of the glacier is speeding up.

In January 2019, a massive cavity that is two-thirds the size of Manhattan and nearly the height of the Chrysler Building was found growing at the bottom of Thwaites Glacier – a discovery that NASA scientists called “disturbing.” The hole was said to be big enough to contain 14 billion tons of ice, most of which had melted over the preceding three years.

A July 2019 NASDA-funded study found that Antarctica faces a tipping point where glacial melting will accelerate and become irreversible even if global heating eases. 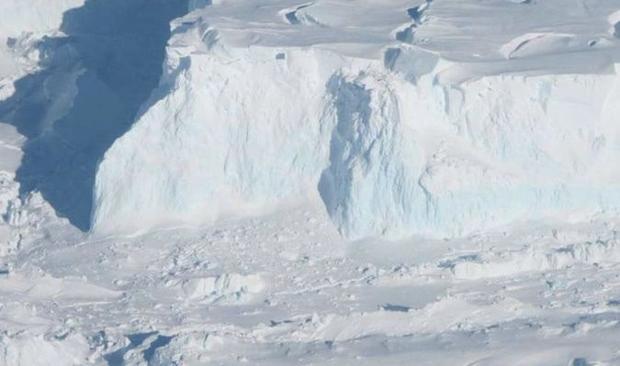 Thwaites Glacier’s outer edge. As the glacier flows into the ocean, it becomes sea ice and drives up sea level. Thwaites Glacier ice is flowing particularly fast, and some researchers believe it may have already tipped into instability or be near that point, though this has not yet been established.
NASA/James Yungel
They also found increasing instability in the Thwaites glacier, meaning there would probably come a point when it was impossible to stop it flowing into the sea and triggering a 50 centimeter (19.6 inches) sea-level rise. All this attention gave rise to the expedition that will look at the underbelly of the glacier.

Studying the grounding line
In just a few days, scientists will be lowering a torpedo-shaped robot, dubbed Icefin, into a nearly 2,000-foot-long (600 meters) borehole in the ice of Thwaites Glacier. The same icefin robots were also used to study the sea life beneath the ice in the Ross Sea off Antarctica, but this time they will be used for a slightly different purpose.

A key aspect of this mission will be to study the glacier’s “grounding line.” Simply put, the grounding line marks the boundary between floating and grounded sections of a marine-terminating ice sheet. A good example of this is the Ross Ice Shelf. 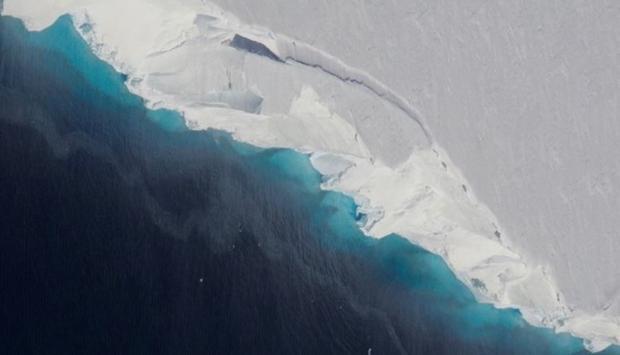 A massive cavity that is two-thirds the size of Manhattan and nearly the height of the Chrysler Building is growing at the bottom of the Thwaites Glacier, one of the world’s most dangerous glaciers.
NASA/OIB/Jeremy Harbeck
The Thwaites glacier covers more than 74,000 square miles (192,000 square kilometers) and is more than 900 miles (1,500 km) from the nearest U.S. and British Antarctic research bases – so it is not easy to reach.

For the longest time, scientists thought that loss of the ice mass was due to pieces of the seaward ice shelf breaking off, or calving icebergs. Sometimes, it can take years before an ice shelf will have a calving event, so the loss of ice mass would not be noticed as quickly.

However, a 2013 NASA study found that ocean waters melting the undersides of Antarctic ice shelves are responsible for most of the continent’s ice shelf mass loss. 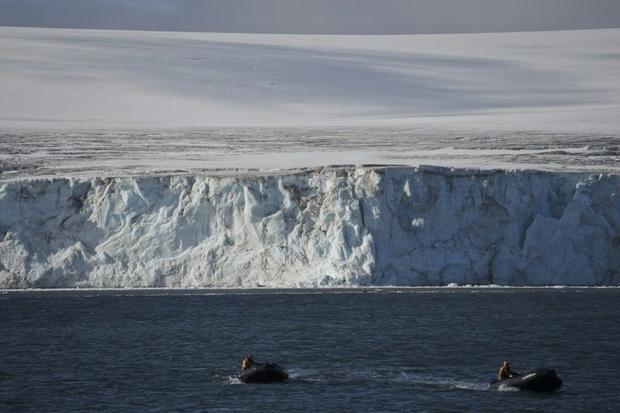 Antarctica is one of the world's fastest-warming regions
EITAN ABRAMOVICH, AFP/File
The mission
Thwaites Glacier could be “a keystone to triggering ice loss from neighboring portions of West Antarctica,” said Paul Cutler, program director of glaciology, ice core science and geomorphology at the National Science Foundation. “The question is, how much sea-level rise, and how fast?”

Cutler is also the U.S. program director for the International Thwaites Glacier Collaboration (ITGC), a $50 million, five-year study involving more than 60 international scientists divided into nine project teams. All this is supported by the U.S. Antarctic Program and the British Antarctic Survey. 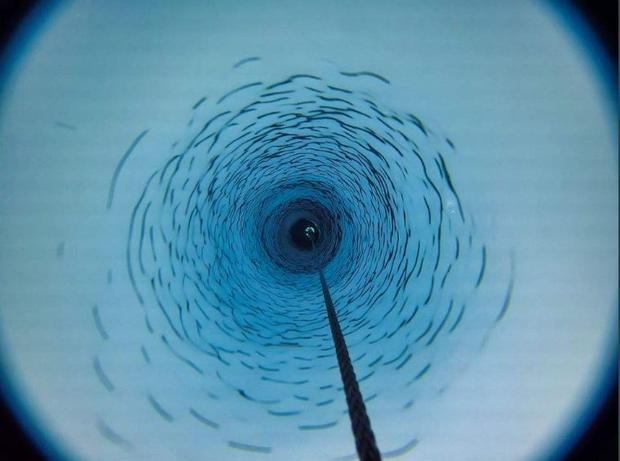 On January 8, BAS tweeted: “Breakthrough at 590 m for the first hot water drilled access hole near the grounding zone of #Thwaites Glacier.”
British Antarctic Survey
Icefin, the robotic submarine is equipped with high-definition video cameras, sonar and instruments for monitoring water flow, salinity, oxygen, and temperature. Once deployed into the borehole, scientists will have only a few days before they will have to retrieve the sub before the hole freezes shut.
Advertisement. Scroll to continue reading.

Once at the grounding line of the glacier, the submarine will take sediment samples and measure the amount of freshwater flowing out to sea from the glacier as it melts. Overall, the scientists have only a few weeks left before winter sets in in the Southern Hemisphere, according to Live Science.

The last part of the mission this season will take place in late January when a U.S. research ship leaves Chile for the Amundsen Sea to collect data from the ocean floor near Thwaites Glacier, Cutler said.