The news media has focused on the unusual cold snap Europe has been experiencing and the return to “real winter weather.” But the concern is that this is not so much a reassuring return to winters as normal, but rather a displacement of what ought to be happening farther north.

North of the 80th parallel, the Arctic’s typical temperature in February is about 30 degrees below zero Celsius (minus 22 degrees Fahrenheit), However, Jennifer Francis, an atmospheric scientist and research professor at Rutgers University told Seeker, “Right now, it’s more like minus 8 degrees.

That translates to 18 degrees Fahrenheit, typically chilly weather for people living in the northern tier of the United States. Arctic temperatures are running double digits higher than normal, and readings in northern Greenland were actually above the freezing mark over the past weekend. 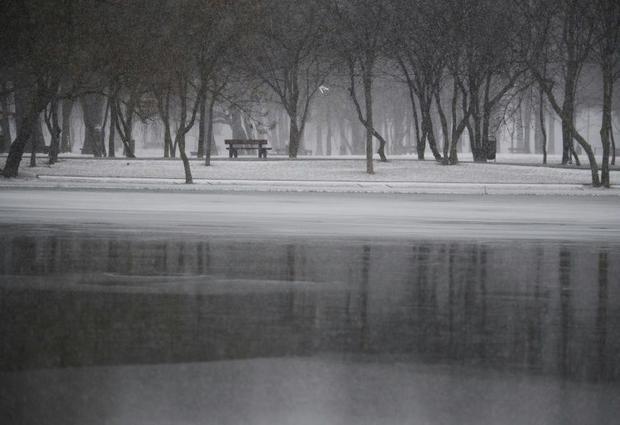 The Guardian is reporting that at the globe’s most northerly weather station, Cape Morris Jesup at the northern tip of Greenland, temperatures recently have been higher than in Zurich and London. And last week, there were 10 days where the temperature was above freezing for at least part of the day at the weather station and its only 440 miles from the North Pole.

“Spikes in temperature are part of the normal weather patterns – what has been unusual about this event is that it has persisted for so long and that it has been so warm,” said Ruth Mottram of the Danish Meteorological Institute. “Going back to the late 1950s at least we have never seen such high temperatures in the high Arctic.”

The lead-up to the strange heat wave
The Arctic region is still in darkness until the sun returns later in March, and this is supposed to be the time of year when the Arctic sea ice is at its maximum extent and frozen solid. 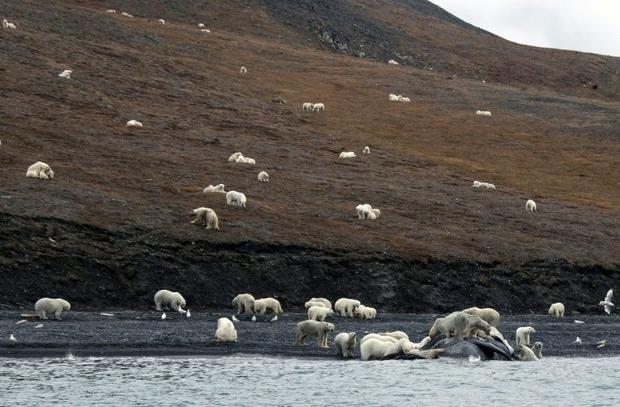 Studies show that polar bears now spend longer on Wrangel Island, in the far eastern Russian Arctic, than 20 years ago because “ice is melting earlier and the ice-free period is longer,” said American scientist Eric Regehr, of the University of Washington
Max STEPHENSON, HANDOUT/AFP

“This is alarming in the immediate short-term, but it also does not bode well for the coming summer,” Laurence Dyke, a paleoglaciologist at the Geological Survey of Denmark and Greenland. told Seeker. “This area should be frozen solid for months yet. I expect that sea ice will be much more mobile than is usual and will vulnerable to being swept out of the Arctic into lower, and warmer, latitudes to melt.”

But with independent weather station monitoring and data from the U.S. Global Forecast System, a computer model of the Earth’s weather and climate, everything, temperature-wise seems to be right on target. All that has been going on has deeply disturbed climate scientists.

Keep in mind that there have been fluctuations in sea ice extent and temperatures in the Arctic region for years, but never to the extent we are seeing now. Readers may remember that in December 2017, Digital Journal reported that winter sea ice around the Earth’s northern pole cover fell to the smallest extent on record, making it the second warmest in modern times for the fragile Arctic, according to a peer-reviewed report compiled by 85 scientists from 12 nations. 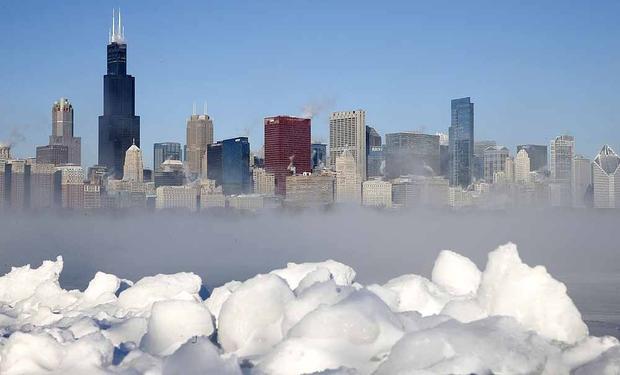 File photo: The Chicago skyline; Polar Vortex Grips U.S. where a blast of Arctic air gripped the vast middle of the country with the coldest temperatures in two decades. 06 Jan 2014
With permission by Reuters / Jim Young

The explanation for the heat wave and why it will get worse
First of all, the heat wave is partially due to the lack of sea ice. More significant is that research shows that the Arctic Ocean is undergoing an astonishingly rapid change as global warming overwhelms the region, causing an “Atlantification” of the pole’s waters and loss of sea ice while warming the polar waters.

The research story, published in Digital Journal in April 2017 showed that warm waters are flowing into the into the ocean north of Scandinavia and Russia, altering ocean productivity and chemistry, causing the sea ice to recede and “kickstarting” a feedback loop that will eventually make summer sea ice a thing of the past.

And that is exactly what Walt Meier, a senior research scientist at the National Snow and Ice Data Center in Colorado told Seeker. “Typically when a storm comes in, it hits the ice cover and it loses its energy. It loses its heat, and it loses the moisture source, which is an energy source as well. That’s what typically would happen. The storms would fizzle out. But now there’s more room for them to build up steam in a way, to get in closer to the pole and extend into the ice cover.”

There is open water north of #Greenland where the thickest sea ice of the #Arctic used to be. It is not refreezing quickly because air temperatures are above zero confirmed by @dmidk's weather station #KapMorrisJesup. Wacky weather continues with scary strength and persistence. pic.twitter.com/YMnvCD8XvL

The big question now is whether this event will signal the end of the Polar Vortex, the circle of strong winds that keep the Arctic cold by deflecting other air masses. Normally, the vortex depends on the temperature differences between the Arctic and mid-latitudes. But strangely enough, the Arctic is warming faster than anyplace else on Earth. 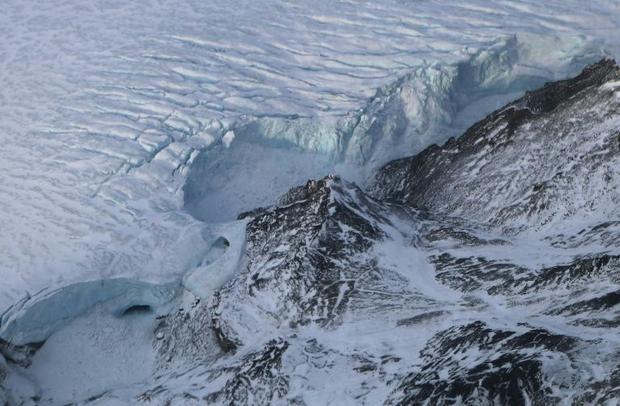 A glacier as seen from a NASA research aircraft in March 2017 above Ellesmere Island, Canada. The island's ice fields are retreating due to warming temperatures
MARIO TAMA, GETTY IMAGES NORTH AMERICA/AFP

Robert Rohde, the lead scientist of Berkeley Earth, a non-profit organization dedicated to climate science, mentions a controversial theory known as “warm Arctic, cold continents.” The hypothesis claims that as the polar vortex becomes less stable, sucking in warm air and expelling more cold fronts, we will see more weather like that being experienced in Europe.

Rohde said that while controversial, the theory appears to be holding true this year. Looking toward the future, Rohde expects more variation. “As we rapidly warm the Arctic, we can expect that future years will bring us even more examples of unprecedented weather.”

Popular Mechanics has a good ending to this article. They say this will not be the end of the story, and things will get worse, “As a lack of sea ice leads to warmer temperatures that prevent the building of more ice, it’s likely this will be one of the last years in which there’s any sea ice in the Arctic oceans at all.”