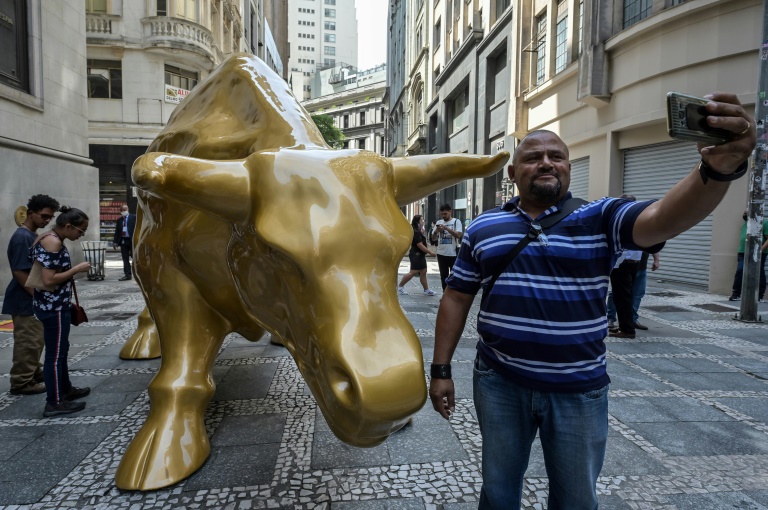 The Sao Paulo stock exchange has taken down a statue of a bull reminiscent of the one on Wall Street after being hit by protests and a fine for installing it without authorization.

The one-ton “golden bull,” as it was dubbed, was installed last week in the heart of Brazil’s economic capital.

But it immediately became a target of graffiti, with messages such as “Tax the rich” painted on it, as well as protests over inequality, including one in which anti-poverty activists held a barbeque beside it for the homeless.

That was followed by a ruling Tuesday that the stock exchange failed to obtain the necessary permit from the city’s Urban Landscape Protection Commission.

The bull “was primarily advertising or promotional in nature,” and should not be installed on a public sidewalk, the commission ruled.

On Tuesday night, a crane removed the three-meter (nearly 10-foot) tall bull, which was wrapped in plastic.

However, the Sao Paulo stock exchange said the New York statue was not the inspiration for the Brazilian work, which was created by artist and architect Rafael Brancatelli.

Brazil is one of the world’s most unequal countries, a problem that has deepened with the coronavirus pandemic, whose economic fallout has hit hardest among the poor.

The Sao Paulo stock exchange is the largest in Latin America.