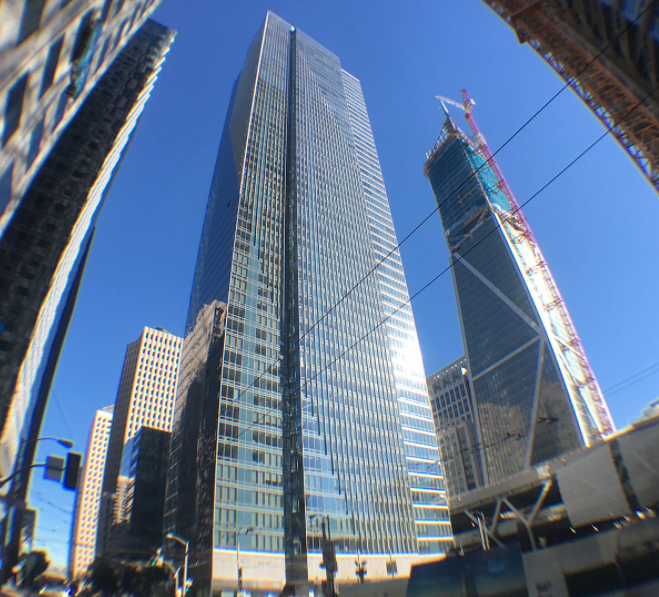 San Francisco’s Millennium Tower is now 26 inches off-center, with 10 inches of that tilt occurring last year while work on a supposed fix was underway, according to the project’s chief engineer.

Structural engineer Ronald O. Hamburger made the comments Thursday at a city hearing in which he pitched an updated fix for the building’s foundation, NBC Bay Area reported. Hamburger’s new proposal would be to reduce the originally proposed 52 piles to 18, claiming this would “minimize additional building settlement.”

The 58-story, 645-foot tall tower opened to residents in 2009. The estimated $350-million project consists of two buildings, the larger of which is home to 419 luxury apartments, including a lavish $13-million, 5,500-square-foot penthouse. It is the tallest residential structure in the city,

the tower’s uneven settling has caused cracks in the surrounding sidewalk and the basement walls of its smaller, 12-story sister building next door. The tower sits beside the Salesforce Transit Center, a bus terminal and potential future rail terminus for California’s high-speed rail network currently under construction.

In May of 2021, a $100 million project to stop the Millennium Tower from sinking was begun, but by August 2, the work was halted because the building had added to its lean; tilting 5 inches toward Fremont Street, 25 percent more than before.

A letter to the Millennium Tower’s general manager last month said the new, quicker fix was needed after engineers identified two potential causes for apparent worsening of the building’s settlement: “vibration of the soils associated with pile installation activity, and unintentional removal of excessive soil as the piles were installed.”

Experts have blamed nearby construction projects and a process known as “dewatering” for weakening the soil beneath the tower, according to earlier CNN reporting.

“We start this new year 2022 as we ended last year and many other years, with the Millennium Tower continuing to sink and tilt,” city supervisor Aaron Peskin said at last week’s hearing, according to NBC.