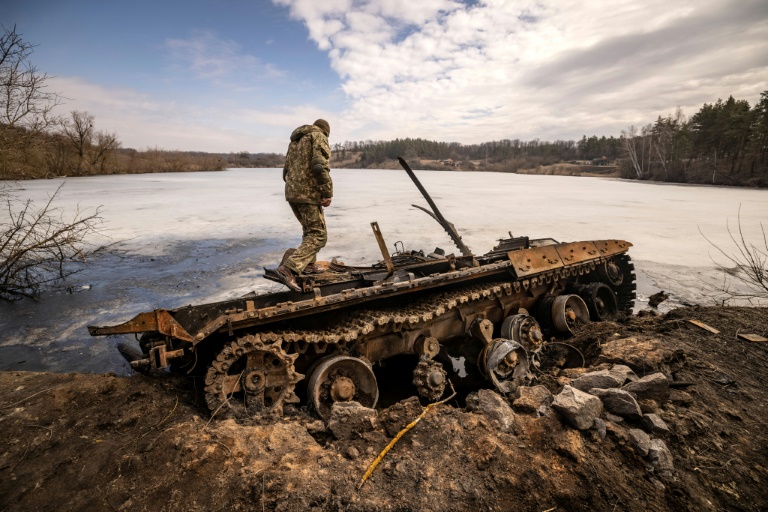 When Russia shifted its focus to the Donbas in eastern Ukraine after failing to seize Kyiv, Western powers feared an onslaught that would see Ukrainian forces crumble within days.

But poor planning, high casualties and low morale have once again dashed Russian hopes for a quick win, experts say.

Ukraine has even managed to push Moscow’s troops out of the northern city of Kharkiv, and on the main eastern front Russian and Ukrainian forces appear to be settling into a stalemate.

“The expectation was that when they came back from Kyiv, they would launch all at once one of the Soviet-style offensives,” said Mark Cancian of the Washington-based Center for Strategic and International Studies (CSIS) think-tank. “That didn’t happen.”

Western sources say up to 12,000 Russian soldiers have been killed in recent weeks, while Kyiv puts the number at 25,000.

Such huge losses have harmed Moscow’s ability to score a decisive win, despite the scaled-back operations.

“This is not the Red Army of World War II that marched to victory over the bodies of its dead,” said Cancian.

Instead Russia has “a much smaller army that has to be very careful about its casualties”, Cancian said, adding that Moscow had lost a lot of skilled personnel.

And the loss of troops inevitably drains morale that observers deemed low from the very beginning.

The Russian army undertook major military reform after it was seen as falling short in the 2008 war in Georgia.

The 2014 annexation of the Ukrainian Black Sea peninsula of Crimea angered the West but displayed a military that was far more agile and able to carry out a lightening operation.

But none of the recent military operations prepared Russia for the level of resistance they encountered, and which intelligence services completely failed to foresee.

“This isn’t a war between David and Goliath,” said a French high-ranking military official who asked not to be named.

Like its Soviet predecessor, the Russian army’s strategy is based on mathematical calculations that leave little room for initiative and having to deal with unexpected situations, the source said.

On February 24, Russia launched its offensive on three fronts simultaneously: in the north towards Kyiv, in the east and in the south.

Since the end of March, Russia has concentrated 80 percent of its available troops in the east, compared to 20 percent previously.

And Moscow has managed to reposition a great number of tanks and adapt to some of its pro-Western neighbour’s tactics.

Yet, many of the Russian army’s problems of the kind seen in the first month of the war in northern Ukraine and around Kyiv remain unsolved.

“Each unit is waging its own war both tactically and strategically” instead of coordinating, said Alexander Grinberg, from the Jerusalem Institute for Security and Strategy (JISS) think-tank.

“Even if Putin declares a general call-up — theoretically they can recruit more people –, it is hard to figure out how they will overcome the most basic organisational problems,” said Grinberg.

The Chief of General Staff himself, Valery Gerasimov, has been on the frontline — a sign of his difficulty to delegate power.

“The system is so centralised that Putin himself almost takes manual control of things that should be carried out by the military professionals,” Ivan Klyszcz, a researcher from the University of Tartu in Estonia, told AFP.

“This is a recipe for disaster.”

The stalemate on the eastern front means a sudden Russian victory now seems permanently off the cards, according to experts.

For Putin, any kind of result will therefore be some kind of defeat, Klyszcz said.

“Russia has taken on a challenge that it dramatically underestimated. It launched a war it could not win,” he said.