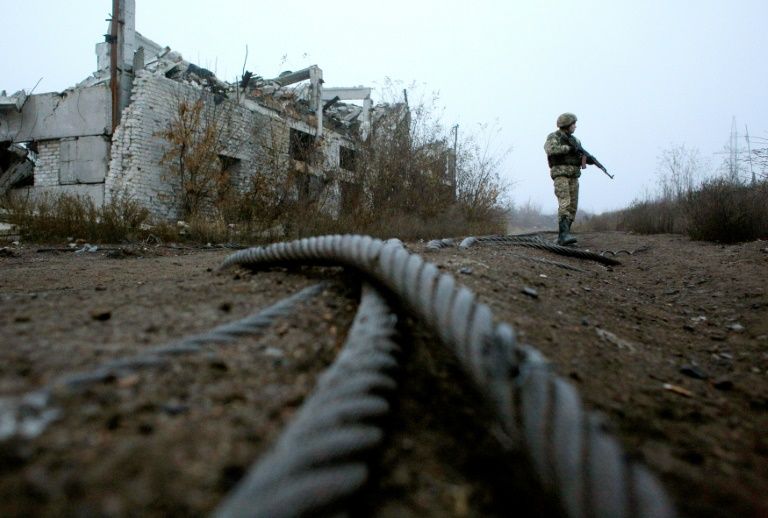 The reports are certainly alarming enough to look at. The troops and armour were shown on Twitter, not that much of a credibility asset, but there they were. Armoured fighting vehicles and mobile artillery were visible in the footage.
Ukraine has been sensitive for a long time now. These troops are “massing” around the Ukrainian eastern border. A rather unsubtle message from Russian Foreign Minister Lavrov referred to a war which could “destroy” the Ukraine. This message is simultaneous with Russia’s insistence the troops are not a threat.
Maybe not a threat
There’s reason to believe the Russian statement, for all the non-obvious reasons:
1. Russia doesn’t typically telegraph its moves in advance.
2. 4000 troops could make an impact, but Ukraine is a big place, and only on a local basis.
3. Russia isn’t the USSR. The modern Russian military is perfectly capable of launching a deep strike at the Ukraine or anywhere else around its borders without the amateur theatricals.
4. Russia does frequently push Ukraine’s buttons with various incidents. This may well be no more than another button-pushing exercise.
5. Any attack on Ukraine would instantly destroy Russian international trade and risk a lot of overseas assets. It’d be an excuse for Europe and the United States to take action on a truly painful scale.
What if it is a threat?
The unpalatable idea that it is a threat comes with some serious downsides for Russia and the world.
1. Ukraine isn’t a soft target and wouldn’t go under quickly or easily.
2. The West would get involved if Ukraine were attacked; commitments to support Ukraine have already been made by the Biden administration.
3. A long ugly war, not escalating to the nuclear level, is theoretically possible. That could take years.
4. Russia’s relationship with the US is bad/appalling enough already. This situation, if escalated at all, could create a much worse, more dangerous scenario for the future.
There’s another factor – Putin. Putin prefers to win, not muck around with superficialities. Nor does it make sense that the current easy push-button situation with Ukraine needs any further resources. Why bother?
These “massed” troops do not equate to a win or anything like a win. Locally, they would be a significant force in any heating up of the Ukrainian situation. Strategically, they’re not.
Reporting what, exactly?
… This brings us to the question of the reporting of this so-far non-incident. This is a classic case of serious hype, backed up by of all things, Twitter? We just had 4 years of foreign policy based on Twitter, now it’s wars, too?
There’s another thing to consider here, and it apparently didn’t rate a mention in the hysteria. Almost completely lost in the reporting, Ukraine’s military specifically says they do NOT expect an attack in the Donbas region. They’re interpreting it as psychological warfare, a pretty reasonable assumption.
Ah… Guys… Reporting like that was fine in 2016-20 when the Jolly Gross Gerbil was around. It’s not OK now. Got that?