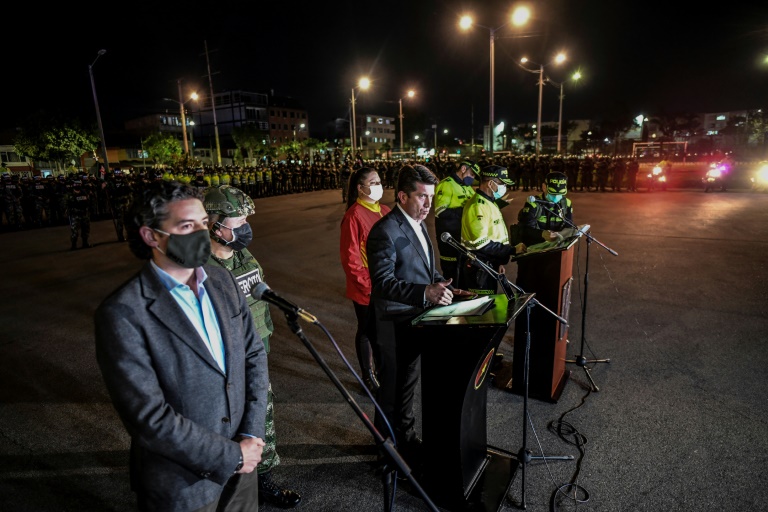 Russia on Friday dismissed Colombian claims of “foreign interference” on the side of Venezuela as the South American neighbors quarrel over deadly fighting on their common border.

On Thursday, Colombian Defense Minister Diego Molano cited intelligence that Venezuelan military units had been “mobilized to the border with the support and technical strength of Russia.”

The minister denounced “foreign interference” on the part of Moscow in the border area, where two Colombian guerrilla groups are fighting a deadly battle that has intensified since the beginning of the year.

Bogota has repeatedly accused Caracas of giving protection to the armed groups.

In a statement Friday, the Russian embassy in Colombia dismissed Molano’s accusations as “irresponsible” and accused him of seeking out “fictitious enemies.”

Colombian President Ivan Duque, in response, invited the embassy to a “frank conversation” to “understand the scope and objective” of its “military presence.”

In May last year, in the midst of unprecedented anti-government protests, Colombia accused Russia of involvement in cyber attacks against official websites.

Fighters of the National Liberation Army (ELN) are battling dissidents of the FARC guerrilla group that disarmed in a 2016 peace deal ending a near six-decade civil war.

They are fighting for control of the Arauca region, separated from Venezuela by a river, and a crucial drug trafficking route.

The rivalry has claimed nearly 70 lives in the region in a month and displaced more than 1,200 people, according to Colombia’s rights ombudsman.

Colombia is an important ally of the United States in South America, while Venezuela’s Nicolas Maduro is close to Russia.

In December, Russian Deputy Foreign Minister Sergei Ryabkov said he would not rule out Moscow sending forces to allies Venezuela or Cuba if diplomacy failed with the United States over Ukraine, where Moscow has massed tens of thousands of troops.