Sea level rise is a fact of life we are already seeing along the coastal regions of the United States, from the Gulf Coast to California and the Eastern Seaboard. The latest population estimates show that millions of people will be impacted, and eventually be forced to leave.

Mainstream scientific projections are in agreement that by the end of the century, global average sea level rises of 1.8 meters or nearly 6 feet are possible. During this time period, a migration will be taking place, with 13.1 million people, climate migrants, forced to find safe places far inland to live.

A new study that examines how climate migrants will reshape the country’s population distribution landscape, conducted by researchers at the University of Georgia, was published in the online journal Nature Climate Change on Monday. 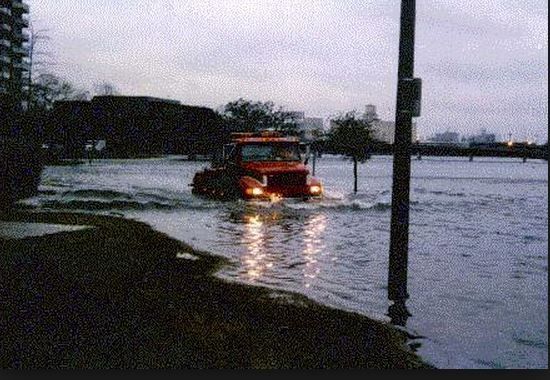 Norfolk, Virginia was hit by a nor’easter on Jan. 27-28, 1998. Gale force winds pushed the tides 7.0 feet above Mean Low Water at Norfolk and resulted in moderate to severe flooding.
NWS-NOAA

“We typically think about sea-level rise as being a coastal challenge or a coastal issue,” Mathew Hauer, author of the study and head of the Applied Demography program at the University of Georgia, said in an interview with Reuters on Tuesday. “But if people have to move, they go somewhere.”

Hauer points out that Nevada’s Clark County, home to Las Vegas, could see as many as 119,000 migrants by the end of the century and almost every county in Wyoming will see some increases in population. Hauer cites previous studies that show many families go where they have family connections or better job prospects, regardless of how far they have to travel. 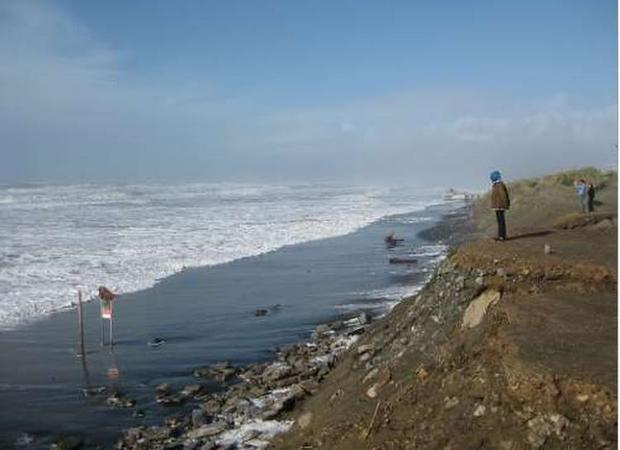 “A lot of these places, although they might seem like they’re very far (from the coast), people may have kin ties or economic ties or economic reasons for moving,” he said. “People could go to school in an area and they come back years later, maybe that’s closer to the family.”

The need for long-term planning
The study also found that wealthy households, those making over $100,000 a year, will likely stay put because they have the money to take adaptive measures to deal with rising seas. The research also found that poorer households will end up staying put simply because they can’t afford to resettle elsewhere.

It is possible that we will see the beginning of this climate-induced migration begin within 30 years. The movement of people from coastal areas won’t happen en masse, but in increments over a period of time. However, as the study points out, long-term planning needs to begin now, rather than waiting to see what will happen later.

With so much of the nation’s infrastructure in need of repair and upgrading, taking into account an influx in the population of many cities should be a part of the discussion. Nine states could see a net population loss, including Massachusetts, South Carolina, California, Virginia, New Jersey, Louisiana, and Florida.