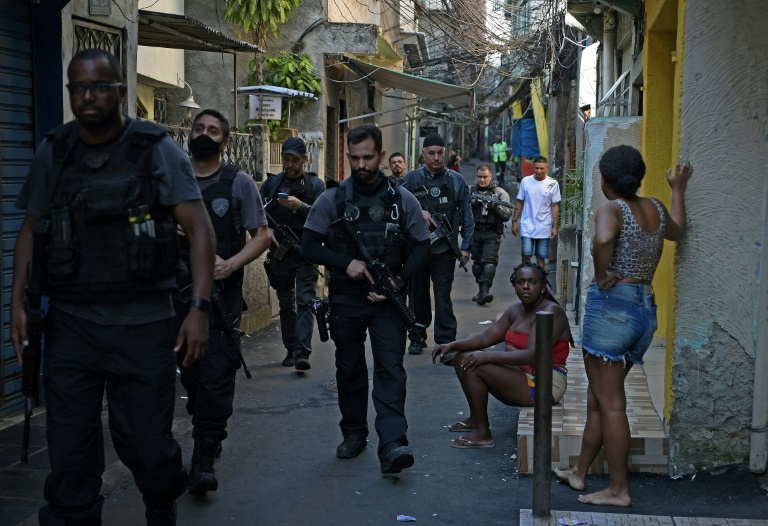 The announcement came just three days after 1,300 police swept through the Jacarezinho and Muzema favelas in a “reconquering” operation that authorities said aimed to wrest control back from organized crime groups.

Governor Claudio Castro told reporters the state would spend 500 million real (about $90 million) over coming weeks to attack social problems in the two districts after decades of governmental neglect.

“It’s a program to reconquer the territory and return it to its rightful owners: the people of these favelas,” Castro said.

He promised efforts both to improve sewage in the two favelas and to establish social and educational programs aimed primarily at young people and families.

Castro told reporters that work on other favelas would come only after the revitalization effort in Jacarezinho and Muzema is “functioning fully.”

Jacarezinho, in northern Rio near the international airport, was the scene in May of the bloodiest police raid in city history, leaving 28 people dead. It is considered a bastion of the Comando Vermelho, one of Brazil’s biggest drugs-trafficking gangs.

“After what happened, we had to intervene,” said Castro, a member of far-right President Jair Bolsonaro’s Liberal Party.

And in June 2019, Muzema, in the city’s west, saw the collapse of two illegally built apartment buildings. Twenty-four people died.

That district is controlled by powerful militias that regularly extort local residents.

Castro said the government would extend 30 million real in micro-credits to residents to spare them having to borrow from criminal groups at usurious rates.

But some security specialists say they fear the program will suffer from the same errors as a 2008 program that initially helped reduce violence but later prompted complaints of police abuse or corruption.