Until I began writing about cannabis, its culture and pot stocks, mergers and the latest trends in legal cannabis products, I was in the dark about what has become an international “counter-culture” holiday.

According to Time.com, not too many people know the true origin of 4/20, although some say it is in reference to “420,” a code among police officers for “marijuana smoking in progress.” Some note 4/20 is also Adolf Hitler’s birthday. None of this is correct, though. The day has a far more interesting origin. 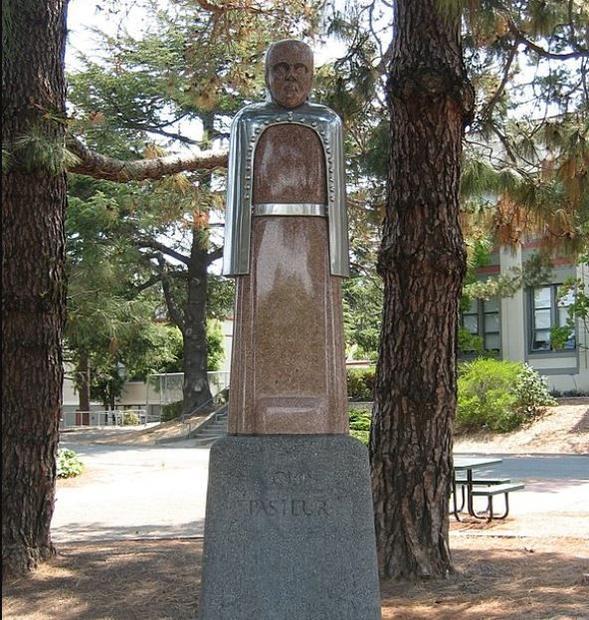 The group – Steve Capper, Dave Reddix, Jeffrey Noel, Larry Schwartz, and Mark Gravich — became known as the “Waldos” because they met at a wall. They would say “420” to each other when it was time for a marijuana break.

As Reddix told TIME in 2017, “We got tired of the Friday-night football scene with all of the jocks. We were the guys sitting under the stands smoking a doobie, wondering what we were doing there.” 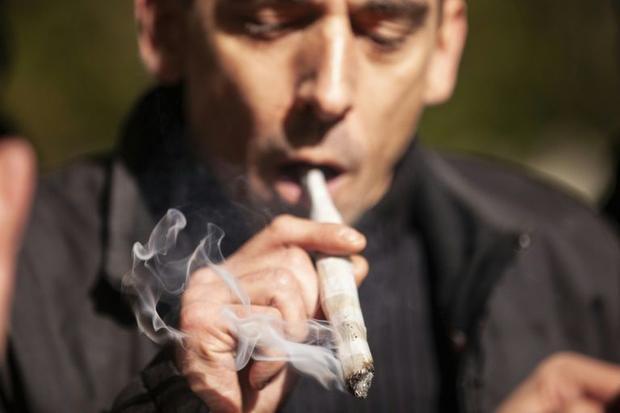 A marijuana cigarette is lit during a legalization party at Trinity Bellwoods Park in Toronto
Geoff Robins, AFP
The code the five friends used grew with the culture, becoming a way to identify with others who used marijuana and in time, became a way to achieve social acceptance into the counter-culture marijuana use was to become.

Most users today really don’t care if the story of 420’s origin is true or not. One user told High Times in 2005, “The actual meaning of 420, or where it came from, seems unimportant to me compared to the feeling of 420. That is the true meaning.” Another person was of a similar opinion: “Most people do not desire to know where 420 came from, but rather enjoy it for its cultural importance.”

And it really doesn’t matter what the true or dubious origins of the pot holiday really are, because if nothing else, it is an interesting conversation starter, right? Every group has its holidays, so it makes sense that pot smokers should have their special day. 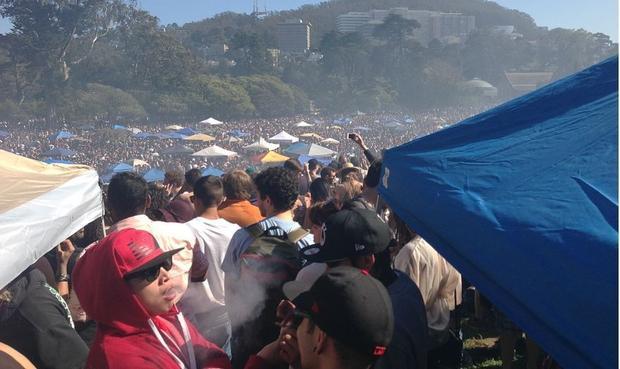 Thousands illegally consume cannabis in Golden Gate Park in California to celebrate 420 and end prohibition on April 20, 2013.
The560k (CC BY-SA 3.0)
So on April 20 at 4:20 p.m., pot smokers around the world pay tribute to this unique culture by lighting up and taking a drag. For pot smokers, this is an emotional experience in a way. The day itself creates a sense of belonging. As one marijuana user says, “We are talking about the day of celebration, the real time to get high, the grand master of all holidays – April twentieth.”

April 20 is a retailer’s dream
Because April 20 falls on a Saturday this year, marijuana retailers are expecting double their typical sales on April 20 as well as significant increases on Friday, April 19.

Headset, a Seattle, Washington cannabis software and analytics company, has watched the cannabis market for the past four years in Washington State, California, Nevada, and Colorado. In 2018, sales in these states grew by 111 percent on 4/20. 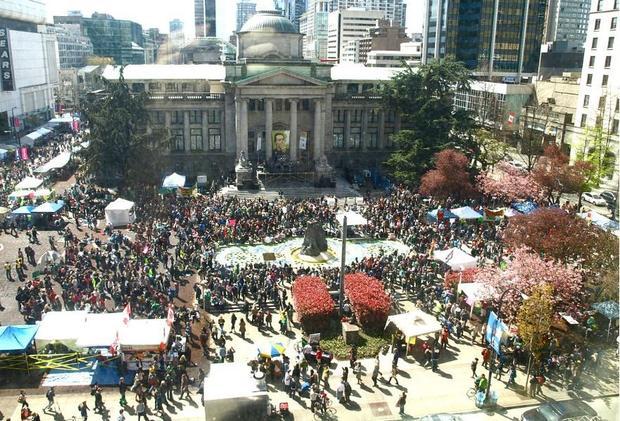 April 20, 2012 crowd in Vancouver, British Columbia Canada.
Jeremiah Vandermeer (CC BY-SA 2.0)
With marijuana being legal in so many states this year, retailers are also expecting to see first-time cannabis products users, many of them with questions about how much and which product is best. This includes CBD oils, which have taken off sales-wise.
Advertisement. Scroll to continue reading.

Colorado-based Flowhub, which provides compliance and customizable solutions software for cannabis retail management, predicts the most popular items sold on 4/20 will be those products that are shareable and more approachable to newer consumers like dried smokable flower, cannabis-infused edibles, and pre-rolls (joints).

Tim Moxey founder of Mr. Moxey’s Mints says that April 20 is a chance for people to support the legalization of marijuana in the U.S. It’s a day “to reflect on the past and remind ourselves that it’s still illegal federally and the journey isn’t yet over.” 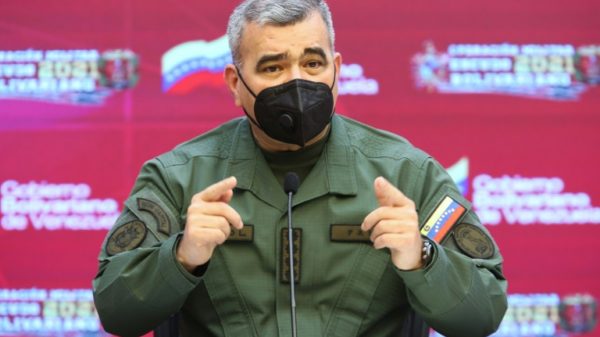