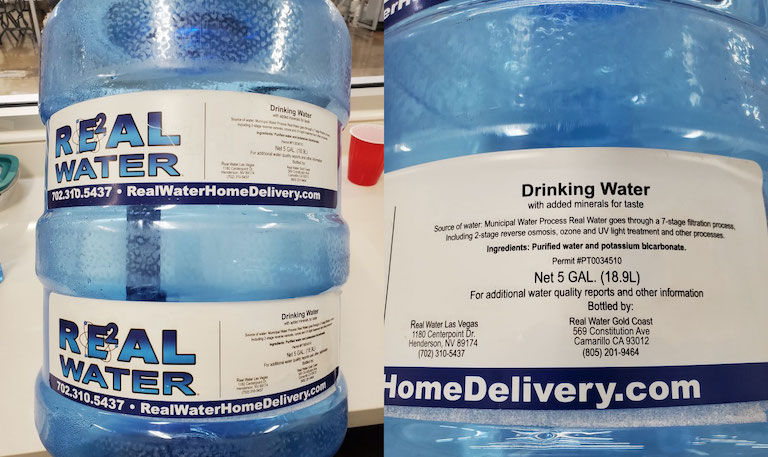 The FDA has ordered a complete recall of the Las Vegas, Nevada-based bottled water brand Real Water and ordered the company to surrender records in investigations of at least one death and multiple cases of liver illness among people who reported drinking it.

The Southern Nevada Health District has identified 16 probable cases of acute non-viral hepatitis tied to consumption of Real Water, including one affecting a woman in her 60s with underlying conditions, who later died, according to the FDA’s latest bulletin.

Additionally, five children came down with acute non-viral hepatitis, which can lead to liver failure, while a number of other people reported vomiting after consuming the product, reports the New York Times.

On March 30, according to Digital Journal, Frank Yiannas, the deputy commissioner for food policy and response at the FDA, said in a statement, “We are advising consumers, restaurants, and retailers to not consume, cook with, sell or serve ‘Real Water’ alkaline water until more information is known about the cause of the illnesses.

At that time, in a statement, Real Water President Brent Jones said, “Our goal is to diligently work with the FDA to achieve a swift resolution,”

“Real Water is asking that all retailers pull the product from the shelf, effective immediately, and hold it in the back rooms or return it to the distributors,” Jones’ statement said. “Any customer who has purchased Real Water from a retailer is asked to return the product.”

The father-son duo sold their bottled water and concentrate under the brand names “Re2al Water Drinking Water” and “Re2al Alkalized Water.” And while they touted their water as an alternative to tap water, the government alleges that the products in fact consisted of municipal tap water that the defendants’ process with various chemicals in violation of current good manufacturing practices, food safety standards, and hazard prevention measures.

In a U.S. District court order issued on Wednesday, the Consent Decree stopped the production and distribution of the product marketed primarily in Nevada, Arizona, Utah, and California.

Acting US Attorney for the District of Nevada Christopher Chiou, says the companies have to show they’ve stopped processing and distributing “water or any other type of food,” and are barred from resuming production in the future without FDA inspections. They must also destroy all bottled water products in their possession.