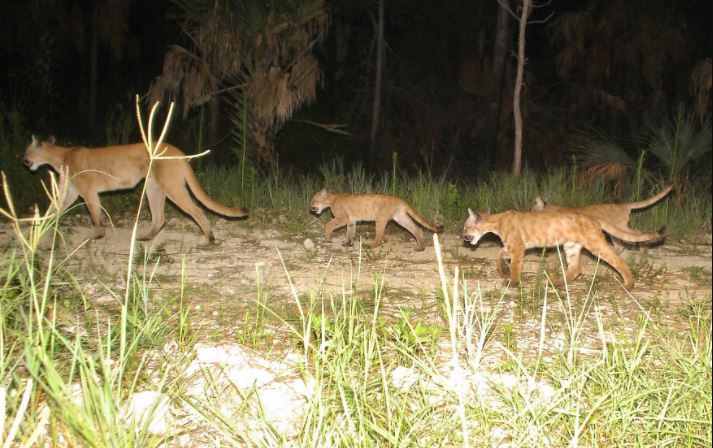 “I physically was shaking! I was so excited,” Ezra Van recalls in an interview withWFOR-TV in Miami. Van heads out to the Everglades at least once a week because wildlife photography is a hobby.

However, in all his years, he never saw what he found at Fakahatchee Strand State Preserve in January. Just when he was getting ready to leave, he saw a panther hanging out with a vulture.

The panthers seemed to be stalking the vulture, but it turned into a game, and finally, the vulture took off. “They hung out in the grass for a little while, one of them looked over and meowed at me and they hung out for a few minutes then walked off,” he says.

Alligator Ron Bergeron, who is also known as the Mayor of the Everglades, has many titles. Everglades conservationist is just one of his titles. He says, “Looking at the video it looked like to me, a female panther with 3 cubs. These cubs will stay with their mother for about 2 years.”

Talking about the sighting, he added, “That’s very incredible. If you go back to 1981, our estimates on panthers were 20-30 panthers across all of the Everglades.” Bergeron says that seeing a mother and three cubs is a sign that there has been some success in Florida’s conservation efforts with the endangered animal. 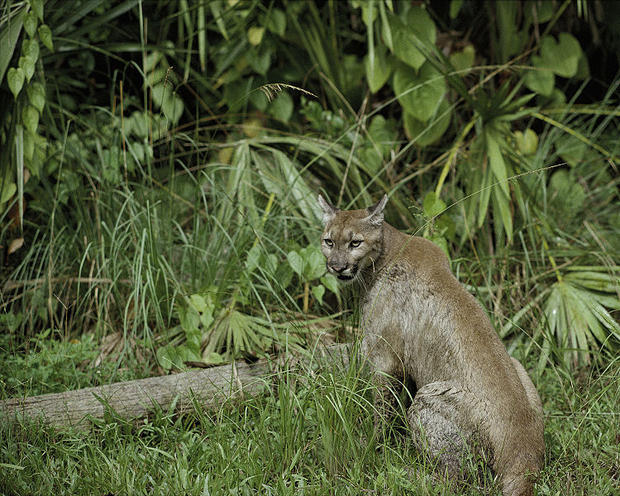 “We put together a panther team to study it and today we estimate we now have somewhere around 180 to 230 panthers across the beautiful Everglades. It’s a tremendous success story on one of the most endangered species on the planet,” he says

Today’s story on the Florida panther is the second success story Digital Journal has reported on this week. Just a few days ago, DJ ran the story of the 70-year-old Laysan Albatross, Wisdom, who gave birth to a healthy chick in February this year at the Midway Atoll National Wildlife Refuge.