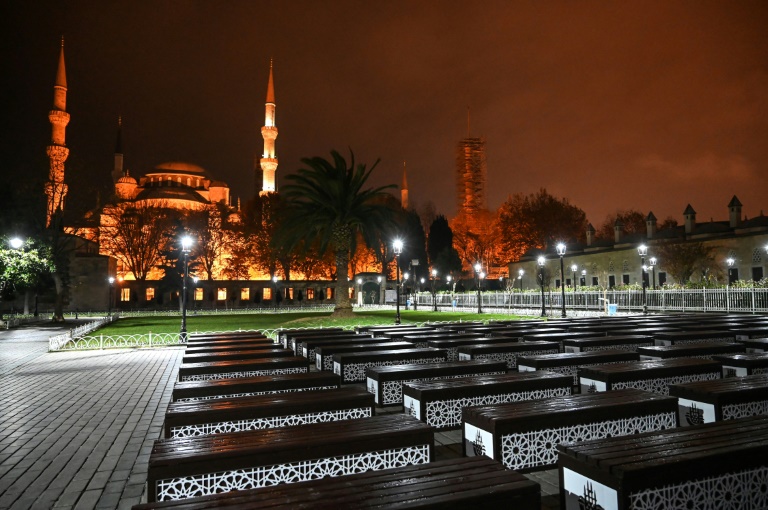 “Tarawih” prayers which Muslims perform every night during the holy month of Ramadan, are returning to Istanbul’s Hagia Sophia mosque for the first time in 88 years, the country’s top religious body announced on Thursday.

“Thanks be to God. For the first time in 88 years, the mosque… will welcome believers for tarawih prayers this Ramadan,” said Ali Erbas head of the Diyanet, the public body responsible for overseeing religious worship.

“I will witness, God willing, this beautiful moment by leading the first tarawih prayer,” he added.

The prayers will take place at Hagia Sophia on Fridays, Saturdays and Sundays during the holy month of Ramadan, beginning this week, said Diyanet.

Although the iconic building, previously used as a museum, was turned into a mosque in 2020, the Coronavirus pandemic prevented the prayers taking place there until now.

It’s not the first time the building has changed its use.

The edifice was first built as a Christian cathedral between 532 and 537 AD under emperor Justinian I and is considered the most important Byzantine structure.

After the Ottoman conquest of Constantinople (now Istanbul) in 1453, it was converted into a mosque before being opened as a museum in 1935 after the secular modern Turkish republic was established in 1923.

It was added to the list of UNESCO world heritage sites in 1985.

In June 2020,  Turkish authorities converted Hagia Sophia back into a mosque, a move that triggered an international wave of criticism.

Last year the World Heritage Committee of the UN’s cultural agency UNESCO asked Turkey to submit a report about the state of conservation of the Hagia Sophia, expressing “grave concern” over the consequences of its conversion into a mosque.

Turkey swiftly rejected the agency’s criticism of the conversion of a revered Istanbul cathedral-turned-museum into a mosque as “biased and political”.