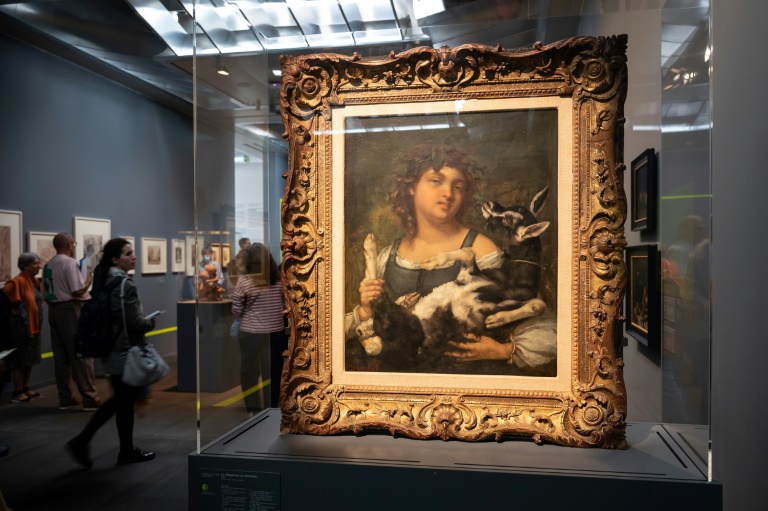 When a Bern museum inherited a spectacular collection of some 1,600 artworks, including by masters like Monet, Gauguin and Picasso, it spent seven months mulling whether to accept the offer.

The collection left to the Kunstmuseum in 2014 by Cornelius Gurlitt, whose father Hildebrand Gurlitt had worked as an art dealer for the Nazis, included works looted from Jewish owners during World War II.

A new exhibit, “Taking stock. Gurlitt in Review”, explores the museum’s journey researching the pieces’ provenance and the challenges of determining its obligations in the face of the tumultuous Gurlitt legacy.

The exhibit, which will run from Friday through mid-January, comes after the museum last year agreed how to handle works whose provenance remained undetermined.

It gave up 38 works known or suspected to be looted by the Nazis, but decided to hold onto 1,091 pieces where provenance information was incomplete but gave no indication of looting.

Some slammed that decision as immoral, but the museum hit back, stressing the “big responsibility” it took on when it accepted the Gurlitt bequest.

“We developed categories to be able to make a reasonable decision” based on the provenance and any possible indications of looting, Marcel Brulhart, the museum board member and legal expert, said during a presentation of the exhibit.

“I think we have found a fair solution.”

Living in a cluttered Munich apartment surrounded by paintings by the likes of Chagall and Matisse, Cornelius Gurlitt suddenly found himself in the spotlight after German tax authorities discovered part of his collection in 2012.

Before he died in 2014 at the age of 81, the man described by media as an eccentric recluse struck an agreement with the German government that any plundered works would be returned to their rightful owners.

The Bern museum, which he named as his sole heir, said it would honour that wish, and set about trying to determine each piece’s provenance.

Some of the works were determined to have been seized from Jews by the Nazis and sold on, confiscated as “degenerate” works, or sold by their fleeing Jewish owners at a low price.

“It is an illusion to think that we will ever have full insight” into the artworks’ provenance, Brulhart told AFP.

“History moves forward, and many documents have been destroyed.”

He stressed that Hildebrand Gurlitt had collected art his entire life, but only worked for the Third Reich “for a very limited period”.

Brulhart said, in his opinion, the Gurlitt affair marked a real “turning point” by showing it is possible to find fair solutions even in cases where insight into a piece’s provenance is incomplete.

Museum director Nina Zimmer said they had aimed from the start for “total transparency” with the unique international provenance research project.

It had endeavoured to reevaluate prior expertise when new information surfaced and had sought fair solutions with any possible rights-holders, even in cases where the provenance was not fully established, she said.

So far, 11 works have been restituted, including a long-lost Matisse painting “Seated Woman”, which was returned to the family of the late art dealer Paul Rosenberg in 2015.

The current exhibit is the third at the Bern museum focused on the Gurlitt collection, after ones in 2017 and 2018.

It explores in detail the ethical guidelines, legal framework and results of the research project into the Gurlitt trove, curator Nikola Doll told AFP.

Through 14 individual thematic spaces, it presents around 350 pieces, including historical documents linked to the fraught bequest from national archives in Germany, France and Switzerland.

Artworks on display from the collection include those by masters like Cezanne, Kandinsky, Munch and Rodin.