On the forecast track, the system will move near or just south of Puerto Rico later today and tonight, and near or over Hispaniola on Thursday, and near or over eastern Cuba on Friday. However, the high mountains of Hispaniola are known as hurricane shredders, and if a weaker Isaias emerges on the other end of the island, current models show it would be met with high wind shear in the Florida Straits, another factor that slows down storms, according to the Miami Herald. 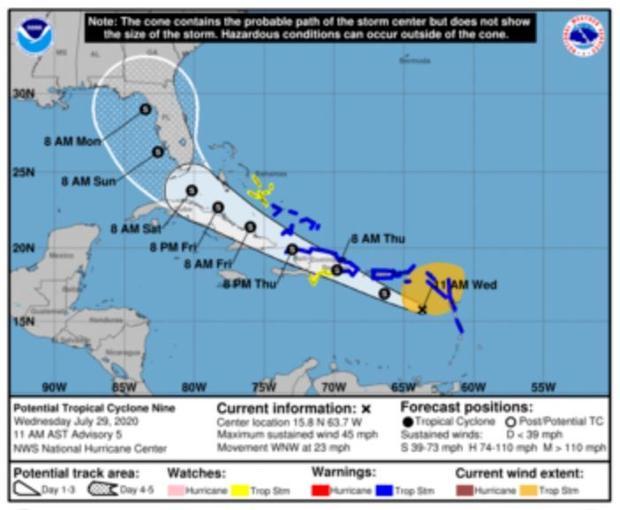 This means that some weakening is likely on Thursday due to land interaction. Some restrengthening is possible by this weekend as it goes back over warm waters just north of Cuba.

“It still must be stressed that since the system lacks a well-defined center and remains in its formative stage, uncertainty in the specifics of the track forecast remains high in both the short and longer range,” forecasters wrote.

Hurricane hunters are investigating the system again. If they find a center, this system could be named in the next few hours. The next name on the list is Isaías, and could bring mayor updates on the next full advisory at 5 p.m. if it is shifted.