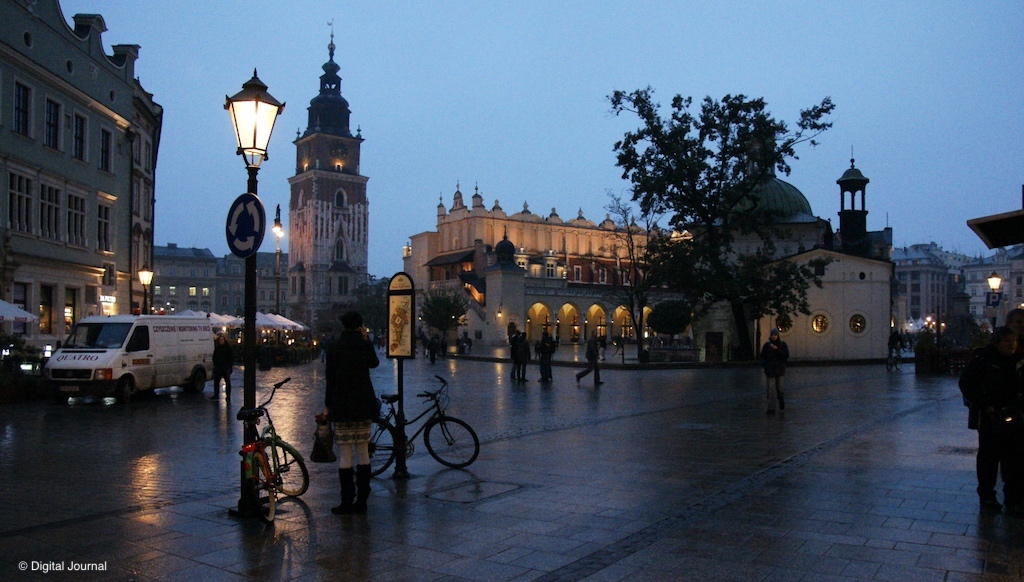 An explosive EU row with Poland over its rejection of some of the bloc’s laws is set to overshadow a two-day summit of European Union leaders starting Thursday, officials said.

The issue will eclipse the original theme for the Brussels gathering: examining how Europe can cope with the global energy crunch while sticking by ambitious green policies it will brandish at the COP26 climate summit in two weeks’ time.

EU officials speaking on condition of anonymity said the rule-of-law issue is so “fundamental” that battle lines being drawn around it have the potential to split the 27-nation bloc.

The high stakes involved were on display earlier this week when EU chief Ursula von der Leyen and Polish Prime Minister Mateusz Morawiecki duelled fiercely at a podium in the European Parliament.

Von der Leyen warned her European Commission would use “all instruments at our disposal” to rein in Warsaw, while Mateusz shot back: “I will not have EU politicians blackmail Poland.”

EU officials and diplomats said that the matter would now be discussed at the summit, alongside energy, Covid-19, Europe’s transition to a digital and low-carbon future, migration, trade and external relations.

Several EU officials insisted that there would be no ganging-up against Poland.

A German government official in Berlin said that dialogue would be prioritised because “it’s not about making this summit a confrontation”.

Germany and France were wary about the summit being bogged down in an intractable debate.

An official in the French presidency stressed, however, that Paris is in no way opposed to the issue being openly discussed, adding: “We have always been at the forefront on (defending) rule of law.”

Some EU officials said the real issue was that Poland had undertaken judicial reforms seen as removing independent judges and replacing them with ones beholden to the ruling Law and Justice party (PiS).

An October 7 ruling by Poland’s Constitutional Court saying EU law could only apply in specific, circumscribed areas and Polish law trumped it in all other matters was being used to defend a dismantling of democracy, they said.

Morawiecki has dug in by saying he believes Brussels is guilty of overstepping its authority, using the row as a “pretext” to force member states into line towards a more federal Europe.

He has rejected assertions by lawmakers in the European Parliament that his government’s stance could lead to Poland’s exit from the EU — dubbed “Polexit”.

The speaker of the parliament, David Sassoli, on Wednesday asked his legal service to prepare to sue the Commission unless it quickly uses a “conditionality” mechanism created late last year tying disbursements from the EU budget to adherence to rule of law.

But the Commission will not be rushed. It is meticulously gathering evidence in case the dispute ends up in the European Court of Justice (ECJ), where it has a high bar of burden of proof to show the EU budget was affected.

The ECJ is already weighing the legality of the conditionality mechanism itself. A reasoned opinion followed by the court’s verdict is expected later this year or early 2022.

The legal challenge was launched by Poland and its close ally Hungary — another EU country where Brussels says democracy and rule of law are under threat. Budapest and Warsaw have a pact to use their vetoes to shield the other from any attempt to punish them.

In the meantime, the Commission is blocking approval on Poland’s request for 36 billion euros ($42 billion) in grants and loans from the EU’s pandemic recovery fund.

The official at the French presidency said: “I don’t see how we can validate their recovery plan. This isn’t financial blackmail — it’s a response to fundamental principles, including judicial independence.”

With tensions rising, there are efforts for key individual EU leaders to hold bilateral talks with Morawiecki just before they all lay the issue on the summit table.

Asked whether von der Leyen might get some face time with the Polish prime minister, a Commission spokesman said she knew of “no meeting that has been prepared”.

In this article:European union, Poland