The $11 billion project proposed by Petronas, Malaysia’s state-owned oil company, would super-cool natural gas to its liquid state for export to Asian markets. Petronas wants to build the LNG facility at Lelu Island, which adjoins the Flora Bank.

What Petronas and the B.C. Ministry of Environment and the federal Department of Fisheries and Oceans is failing to consider, at least up to now, is that Flora Bank is an eelgrass-rich intertidal zone considered critical salmon habitat. The estuary surrounding Lelu Island acts as a nursery for hundreds of millions of juvenile salmon every year.

CBC News quoted Allen Gottesfeld of the Skeena Fisheries Commission as saying, “The Flora Bank region of the Skeena estuary is like Grand Central Station for salmon.” 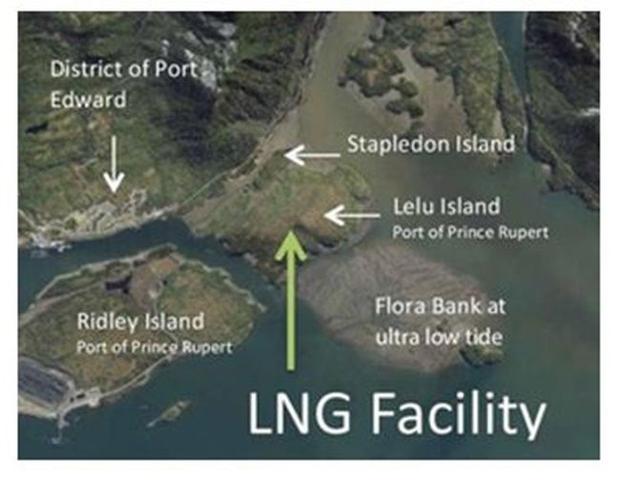 According to research by Ocean Ecology and submitted in September, 2014, “Flora Bank is in the direct path of approximately 331 million juvenile salmon out-migrating from the Skeena River, of which about 279 million are epibenthic feeders. Therefore, both location and habitat quality make Flora Bank an extremely important juvenile salmon rearing area.” 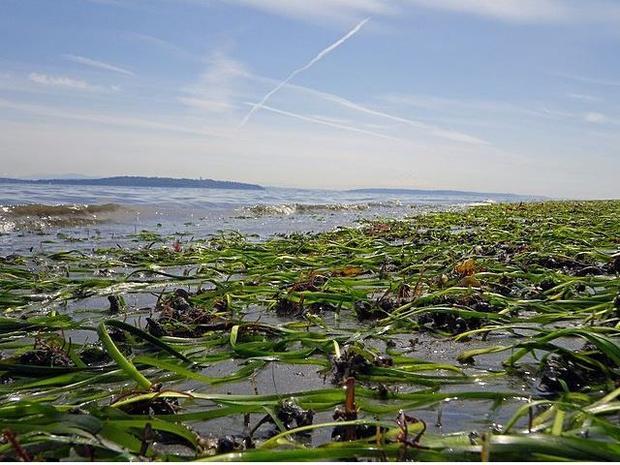 Eelgrass beds, like this one on Bainbridge Island, Washington, USA, are an important source of energy to the food chain and also serve as nursery areas for juvenile forage fish.
David Ayers, USGS

The study looked at the genetics of juvenile salmon from the Flora Bank, the area where the proposed terminal will be built. Researchers used genetic stock identification with microsatellites to identify the First Nation whose territory includes the spawning stream or lake of the juvenile salmon.

Among the findings, the researchers were able to identify salmon originating from 40 different populations, spanning more First Nations territories than the five that were consulted. The team also found that 100 million to over a billion juvenile salmon migrate through the estuary each year. The authors of the letter argue that the Canadian government did not consider how the LNG terminal would affect inland First Nations.

The letter also pointed out there was “a striking mismatch between the narrow consideration of aboriginal rights and environmental risks and the true scale of environmental connections.” Glen Williams, a member of the Gitanyow First Nation and co-author of the letter, added, “Salmon don’t care about boundaries. Degradation of salmon habitat can impact ecosystems and people as far as salmon can swim,” reported DesmogCa.

Canada and the government of British Columbia are also forgetting another important issue surrounding the proposed LNG project. First Nations in B.C. live on unceded traditional territory and have a constitutional right to maintain traditional ways of life, including hunting, trapping and fishing.

Chief John Allen French from the Takla Lake First Nation, said, “We live in the headwaters of the Skeena and Fraser River watersheds where salmon are our way of life. We expect the environmental assessment process to take into account both scientific and traditional knowledge to assess the significance of impacts on our rights as Takla people.”

Jonathan Moore says this is an opportunity for the Canadian Environmental Assessment Agency to get it right by using science while “they consider the true vast risks to environment and culture as well as economy.” He added, “The unintended consequences of locating this terminal in the Flora Banks region could have water-shed wide impacts.” 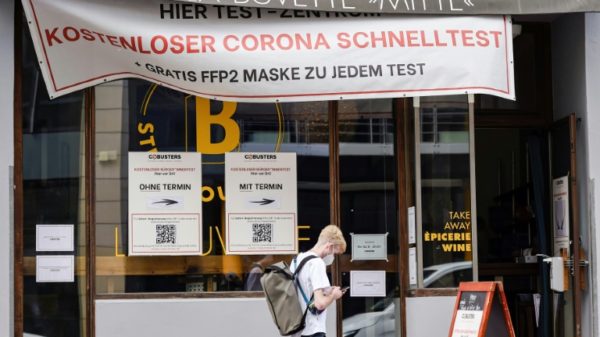 A young man waits in front of a testing station in Berlin's Mitte district amid the ongoing coronavirus pandemic. - Copyright AFP/File STRGermany will...