According to Tara Easter, writing for the organization, the move to place both species under the protection of the Endangered Species Act would close a regulatory loophole in controlling the illegal ivory trade.

Africa’s elephants are currently protected as one species at a “threatened” level, whereas they are actually considered two separate species, based on studies by researchers at the Universities of York and Harvard, and published in December 2010 in PLOS Biology.

Discovery of the two separate species of African elephants
The revelation came about while researchers were investigating the relationship between the ancient DNA of woolly mammoths and mastodons and modern day elephants. It was only after they lined up the genome sequencing that they discovered that modern forest and savanna elephants are as distinct from each other as Asian elephants and mammoths. 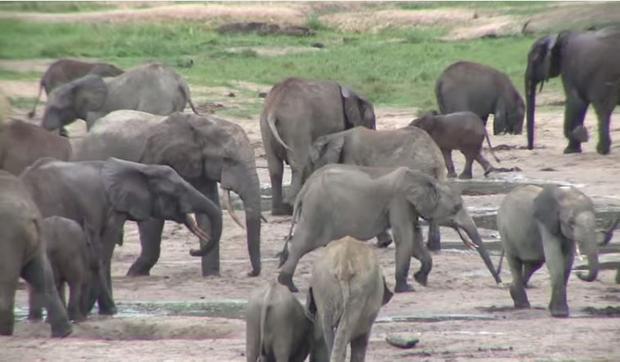 African forest elephant (Loxodonta cyclotis) is a forest-dwelling species of elephant found in the Congo Basin. It is the smaller of the two species.
Boyd Matson
Using detailed genetic analysis, the researchers were able to prove the African savanna elephant and the smaller African forest elephant are two distinct species and have been so for millions of years. Professor Michael Hofreiter, with the Department of Biology at York, said at the time, “The divergence of the two species took place around the time of the divergence of Asian elephant and woolly mammoths. The split between African savanna and forest elephants is almost as old as the split between humans and chimpanzees. This result amazed us all.” 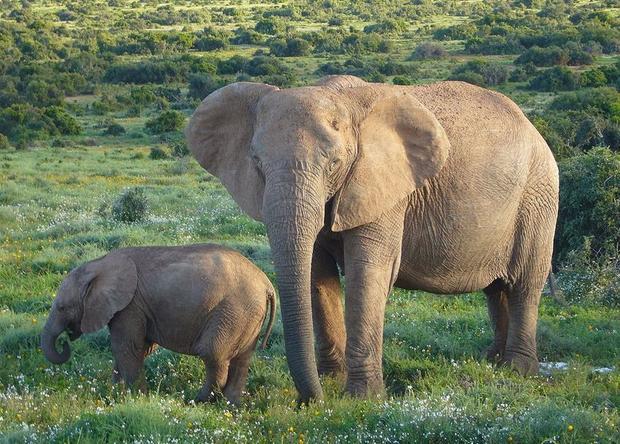 The savannah elephant, Loxodonta africana, is the largest land mammal on Earth, reaching 13-feet tall at the shoulder and weighing as much as 5.5 tons. It is distinguishable from the forest elephant by its much bigger size and ears.
Gorgo
Easter says both species are disappearing at an alarming rate, including a larger than 60 percent decrease in forest elephants, This trend is fueled by the illegal ivory trade. She says, “There’s now no question that African elephants are two distinct species that should be managed according to their distinct needs. Both forest elephants and Savannah elephants are vanishing quickly, so we must give them the stronger protections provided by endangered status or risk losing these intelligent and magnificent animals forever.”

Administration’s new strategy for banning the importing of ivory
Many Americans may not know this, but under the current threatened status of elephants, the U.S. Department of Fish and Wildlife does have an exemption on the import and export of “certain ivory products and elephant parts in the United States.”

According to Easter, this exemption would not be allowed if the two species of African elephants were upgraded to “endangered” by the USDFW. They feel the exemption has contributed to the poaching and illegal trade in elephant ivory. “The Obama administration has taken important steps to combat wildlife trafficking and ivory trade, but more work needs to be done,” said Easter. “Protecting elephants as endangered would strengthen efforts to defeat the illegal ivory trade threatening these amazing animals.” 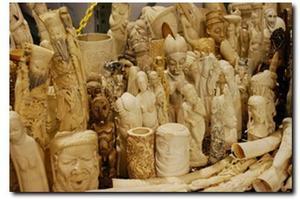 Collection of ivory figurines destroyed
during Ivory Crush by USDFW in 2014.
Kate Miyamoto/USFWS
Advertisement. Scroll to continue reading.
So what is this exemption, and how does it impact the ivory trade? On February 12, 2014, the Obama administration announced a new National Strategy for Combating Wildlife Trafficking. Not only does the strategy strengthen enforcement, but is working to reduce the demand for illegal ivory as well as forge stronger partnerships internationally and in the public-private sector.

The illegal trade in ivory is also considered a national security issue. In the document, the administration notes: “Like other forms of illicit trade, wildlife trafficking undermines security across nations. Well-armed, well-equipped, and well-organized networks of criminals and corrupt officials exploit porous borders and weak institutions to profit from trading in poached wildlife.” It is thought that this trade is funding terror groups as well.

The exemption to the rules
Yes, there is an exemption, and one that has supposedly been hammered out to please dissenters. The new strategy will “impose new restrictions on the import, export, and commercial sale of elephant ivory within the United States.” 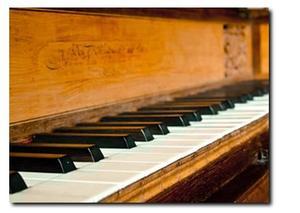 Antique piano with ivory keys.
Colin Bewes CC BY-NC-SA 2.0
Under the USDFW Director’s Order No.210, no commercial imports will be allowed. “The USDFW will continue to allow the non-commercial import of the following, under certain conditions: sport-hunted trophies; law enforcement and bona fide scientific specimens; and worked elephant ivory that was legally acquired and removed from the wild prior to Feb. 26, 1976 and has not been sold since Feb. 25, 2014, as part of a household move or inheritance, as part of a musical instrument, and as part of a traveling exhibition”

Some people may ask, why the special exemptions? And why not just ban all imports and exports of ivory, period? Of course there are ready answers, although why anyone would shoot an elephant and then have the nerve to want to bring the ivory into the U.S. as a sport-hunt trophy is beyond ludicrous.