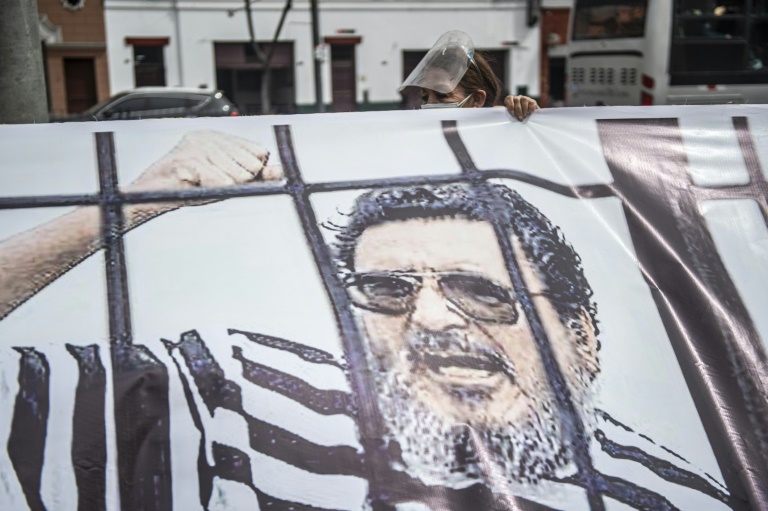 Peruvian authorities said Wednesday they will not turn over the body of the late guerilla leader Abimael Guzman to his widow until an investigation into his death in prison is concluded.

Guzman, the founder of the brutal Shining Path guerrilla group, which spread terror across Peru in the 1980s and 1990s, died on Saturday in a military prison at age 86.

His also-imprisoned widow, Elena Iparraguirre, the Shining Path’s former second-in-command, has requested that Guzman’s body be turned over to her for burial.

But officials are concerned that Guzman’s gravesite could become a rallying point for his followers, and there is widespread support for Guzman’s body to be cremated and the ashes spread in the Pacific Ocean.

Prosecutors said on Twitter that they have “rejected Elena Iparraguirre’s request for the body of terrorist Abimael Guzman Reinoso to be handed over to her.”

In his decision, prosecutor Vladimir Farfan Kehuarucho was guided by “public order and social interest,” according to the prosecutor’s office.

Guzman’s body will remain in government custody until medical examiners finish their work. It was unclear what would happen after that.

An autopsy showed Guzman died of double pneumonia, an infection that inflames both lungs and has been associated with Covid-19. The body must still undergo more testing.

Guzman was serving a life sentence in the maximum security jail near Lima.

He and Iparraguirre were captured together in September 1992 and married in 2010, even though they were being held in different prisons.

A former philosophy professor, Guzman was the intellectual architect behind the Maoist guerilla group’s brutal 20-year attempt to overthrow the Peruvian government from 1980 to 2000. The conflict claimed tens of thousands of lives.

Guzman embraced the brutal methods of Cambodian dictator Pol Pot, such as ordering the massacre of an Andean village in 1984 that left 117 people dead.