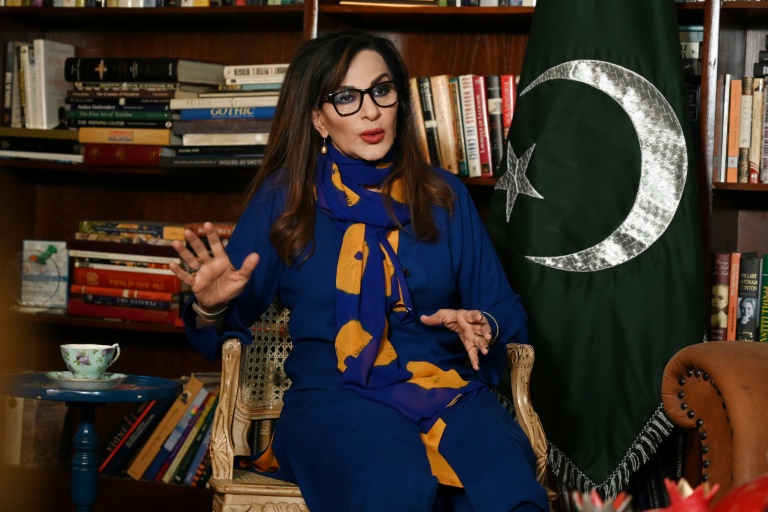 A third of Pakistan is under water as a result of flooding caused by record monsoon rains, Climate Change Minister Sherry Rehman said Monday, calling it a “crisis of unimaginable proportions”.

Officials say at least 33 million people — one in every seven Pakistanis — have been affected by the floods, which have killed 1,136 people since the monsoon began in June.

Vast parts of farmland in southern Sindh and western Balochistan provinces are now just landscapes of water, while in the north, roads and bridges have been washed away by raging mountain rivers.

“To see the devastation on the ground is really mind-boggling,” Rehman told AFP in an interview.

“When we send in water pumps, they say ‘Where do we pump the water?’ It’s all one big ocean, there’s no dry land to pump the water out.”

Rehman said “literally a third” of Pakistan was under water, describing it as akin to a dystopian movie.

She also expected the death toll to rise as many areas in the north of the country, where dozens of rivers are still in full flood, remain cut off.

Rehman renewed the government’s appeal for international assistance, while also blaming major industrialised countries for their role in global warming.

Pakistan is responsible for less than one percent of global greenhouse gas emissions, but is eighth on a list compiled by the NGO Germanwatch of countries deemed most vulnerable to extreme weather caused by climate change.

“It’s time for the big emitters to review their policies. We have crossed what is clearly a threshold,” she said.

“The multilateral forum pledges or ambitions voiced by other countries — the rich countries, that have gotten rich on the back of fossil fuels — they don’t really come through.”

Rehman said Pakistan’s economy, already in crisis, would be badly hit by the flooding.

“Sindh is half of Pakistan’s breadbasket and will not be able to grow anything at all next season,” she predicted.

“Not only will our exports be impacted, but our food security will take a hit.”

Rehman said a proper assessment of the damage caused by the flooding would take time.

“Right now, after everyone is actually rescued, we will be feeding and providing cooked meals and shelter,” she said.

“We need to also look for the spread of medical camps, because disease is always the next predator in such an environment.”

The International Monetary Fund board was meeting later Monday to decide whether to green-light the resumption of a $6 billion loan programme, but it is already clear it will take much more to repair and rebuild after this monsoon.

“We are in touch with our big donors… let’s hope they can come up with something that can really assist one of the most climate-impacted countries of the world in its time of need,” Rehman said.

In this article:Flood, Pakistan, Rehman, Weather