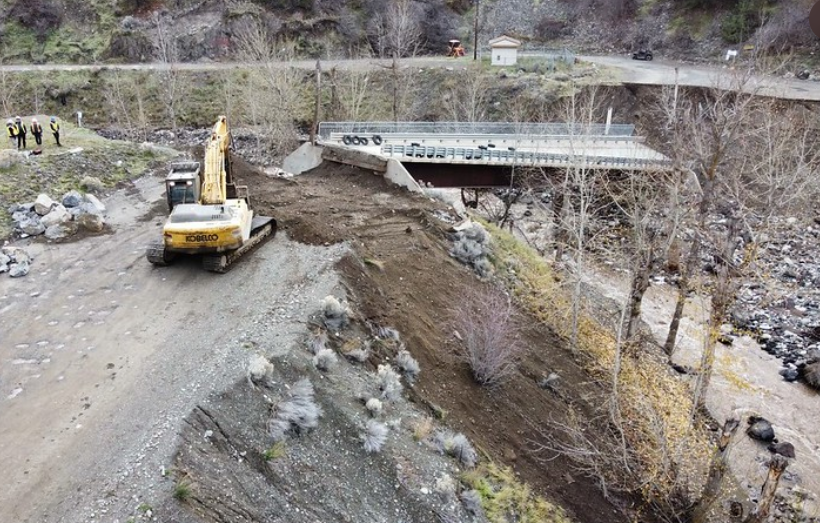 An atmospheric river is setting up to deliver another double-digit dose of rain, tapping moisture from deep in the tropics and sending it crashing ashore in British Columbia and Washington.

Folks in the region originally welcomed the chance of some rain to mitigate the drought conditions in October, but some rain turned into a never-ending rain that became excessive – leading to catastrophic flooding, loss of homes, lives, and livestock.

Although September and October were above normal in terms of rainfall, November has been especially wet. “Seattle has recorded a whopping 8.40 inches of rainfall so far in November, which is 174 percent of normal through Nov. 23,” said AccuWeather Meteorologist Alyssa Smithmyer.

The first river will hit this evening

And what is coming is going to be on the order of unprecedented. A river of moisture, from as far away as Hawaii is headed toward the Northwest, making this a classic Pineapple Express atmospheric river.

Up to 80 millimeters (3.1 inches) of rain is forecast for Metro Vancouver, Howe Sound, Whistler, and the Fraser Valley, starting this morning and continuing until Friday, reports CBC Canada.

By Thanksgiving Day, Washington State will also be wet, with rainfall of six inches or more expected. The National Weather Service and its Canadian counterpart, Environment Canada, have both issued various flood and wind warnings for this storm.

Similar to the last atmospheric river event, the air this week will be very warm. This will add to the flood risk with heavy rain falling even in the high elevations, causing snow to melt.

A second river to hit on Saturday

The next river of moisture is expected to arrive on Saturday and will hit further north. “The second round of rainfall is expected in coastal British Columbia through this weekend,” said Smithmyer.

This information is should be taken seriously because additional rain can exacerbate ongoing flooding and slow the receding of rivers. In some of the heaviest rain, rivers may even rise again.

As if this is not enough, rain could pick up again on Monday for what the NWS warns could be “a third, potentially longer-duration system” that keeps things soggy and underwater until Wednesday, reports Gizmodo. When all is said and done, up to 20 inches (51 centimeters) of rain could fall when this event raps up.