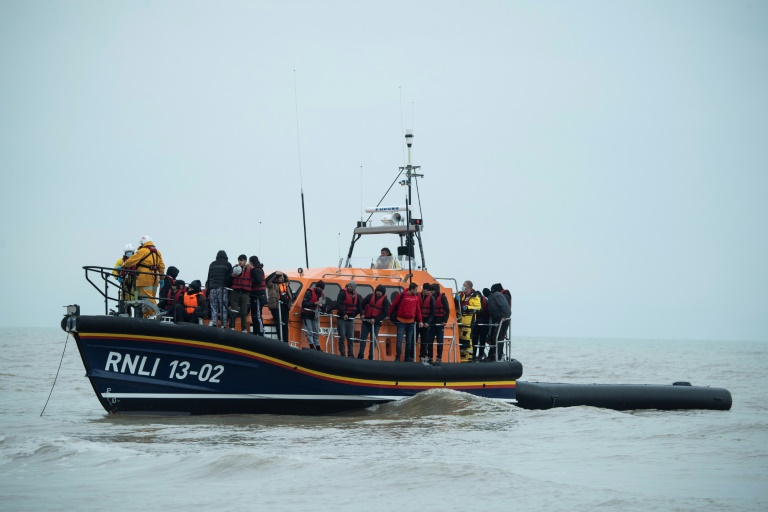 More than 3,000 people died in the Mediterranean and Atlantic while trying to reach Europe last year — double the toll from 2020, the United Nations said Friday.

A fresh report from the UN refugee agency demanded urgent action to combat surging deaths among refugees, asylum seekers and other migrants trying to reach Europe.

Last year, a total of 3,077 people were lost while trying to cross the Mediterranean and Atlantic routes to the continent, the report showed, up from 1,544 in 2020.

“Alarmingly, since the beginning of the year, an additional 478 people have also died or gone missing at sea,” UNHCR spokeswoman Shabia Mantoo told reporters in Geneva.

The report showed that for 2021, 1,924 people were reported dead or missing on the Central and Western Mediterranean routes, while another 1,153 perished on the North African maritime route to the Canary Islands.

“Most of the sea crossings took place in packed, unseaworthy, inflatable boats, many of which capsized or were deflated leading to the loss of life,” Mantoo said.

The sea journey from countries on the West African coast such as Mauritania and Senegal to the Canary Islands was particularly perilous, she said, pointing out that the crossing could take up to 10 days.

“Many boats drifted off course or otherwise went missing without trace in these waters,” she said.

The increase in deaths at sea came amid a surge in the number of crossings.

And 23,042 arrived in the Canary Islands, nearly the same number as a year earlier, it said.

They took the Central Mediterranean route, which is the world’s deadliest.

More than 17,000 people have died or gone missing along this route since 2014, according to the International Organization for Migration.

Sea crossings are meanwhile not the only dangers perilous parts of many migrants’ journeys.

The UNHCR cautioned that land routes were also “highly dangerous”.

“Even greater numbers may have died on journeys through the Sahara desert and remote border areas, in detention centres, or while in the captivity of smugglers or traffickers,” Mantoo said.

Migrants along all of these routes face a “litany of abuses”, she said, pointing to “extrajudicial killings, unlawful and arbitrary detention, sexual and gender-based violence, forced labour, slavery (and) forced marriage.”

UNHCR warned that the coronavirus pandemic and related border closures had complicated movement further and had forced more desperate refugees and migrants to turn to smugglers to make their perilous journeys.

Alongside the release of its report, the UN refugee agency launched an appeal for $163.5 million to help provide protection and solutions for refugees and others travelling along the dangerous routes to Europe.

“UNHCR is appealing for support to help provide meaningful alternatives to these dangerous journeys and prevent people from becoming victims of traffickers,” Mantoo said.