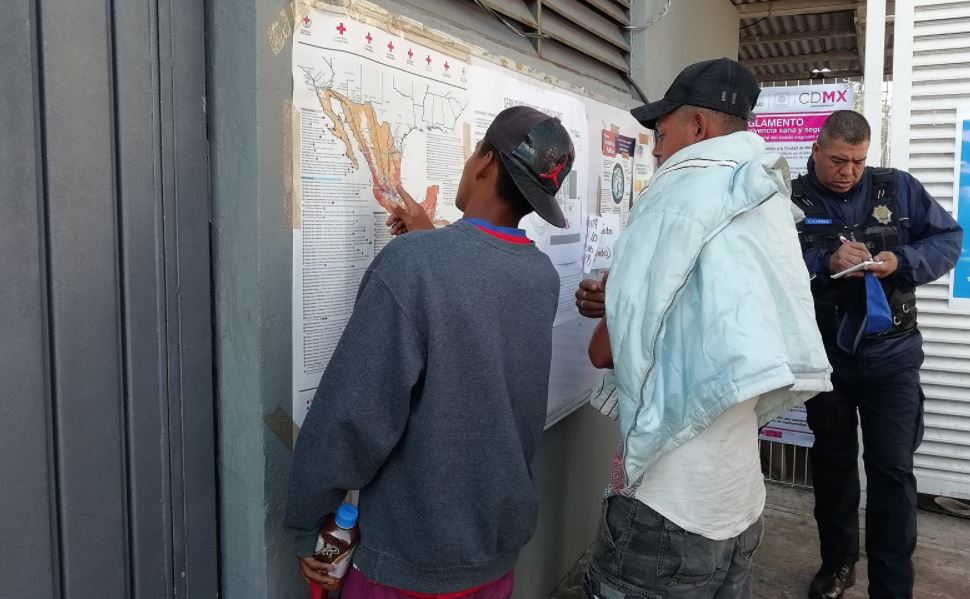 The over 2,000 migrants, mainly Central Americans, began walking out of Tapachula, Mexico’s main border city with Guatemala on Saturday where they have essentially been trapped.

The migrants began heading west and north toward the U.S. border, pushing past a line of state police who were trying to stop them. They made it only a few miles, reaching the nearby village of Alvaro Obregon before stopping to rest for the night at a baseball field, reports ABC News.

José Antonio, a migrant from Honduras who did not want to give his last name because he fears it could affect his case, said he had been waiting in Tapachula for two months for an answer on his request for some sort of visa.

“They told me I had to wait because the appointments were full,” said the construction worker, according to NBC News. “There is no work there (in Tapachula), so out of necessity I joined this group.”

Actually, tens of thousands of migrants, from Honduras, El Salvador, and Haiti have been waiting in the southern city of Tapachula for refugee or asylum papers, and the wait has stretched into months for many people.

The march did not include as many Haitian migrants as previous marches, when thousands of them reached the US border around Del Rio, Texas, in September.

In August, Mexican National Guard troops in riot gear blocked several hundred Haitians, Cubans, and Central Americans who set out walking on a highway from Tapachula.

Mexico requires migrants applying for humanitarian visas or asylum to remain in the border state of Chiapas, next to Guatemala, for their cases to be processed. The marches are reminiscent, but nowhere near as large, as the migrant caravans that crossed Mexico in 2018 and 2019.

In this article:Central american migrants, refugee or asylum papers, Tapachula Mexico, Us border