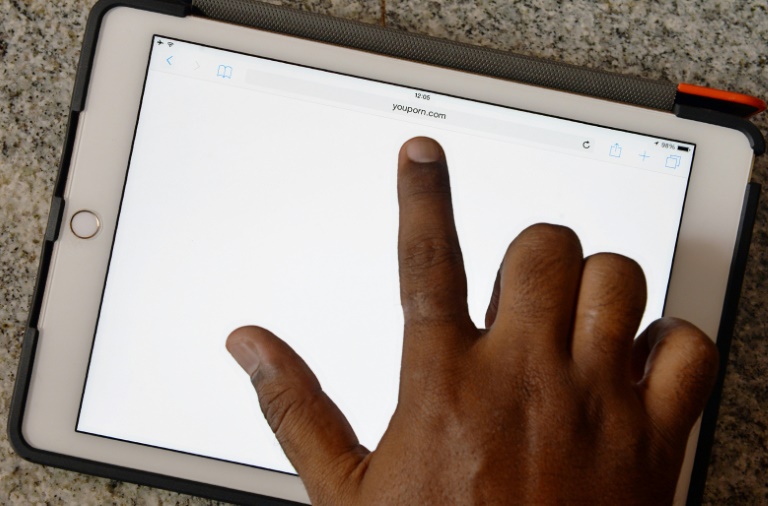 For years, Rachel had no idea she had been sexually assaulted by her own husband as she lay unconscious.

She only made the grim discovery last August when she stumbled across a video of the attack that had been shared all over the internet.

She called the police, setting in motion a frustrating battle to get all traces of the footage expunged. Yet nearly a year later, her attack is still being watched online.

Rachel, who says she is teetotal, believes she was slipped pills that knocked her out as she has no memory of the assault.

The four minutes of footage was tagged with the search term “sleeping pills.”

“After that, I just quit counting because it just kind of went on forever,” she said, recalling that a Google search generated at least 10 pages of results.

But it can still be tracked down via a straightforward internet search.

A spokesman for MindGeek told AFP content providers were not allowed to use the term “sleeping pills” when tagging videos.

The site, which claims 130 million visitors a day, denied the allegations and announced a series of measures to combat illegal content.

In any case, the reforms would have changed “almost nothing,” says Rachel, noting that anyone can make a copy of a video without downloading it, simply by filming the computer screen as it plays.

Rachel, who had split from her husband before finding the video, told AFP she has struggled with the emotional fallout from her ordeal.

“Watching the video that night, I just felt so sick and that feeling has never gone away,” she said, adding that she now suffers from an anxiety disorder.

“It’s been hard to sleep,” she told AFP, describing frequent disturbing dreams and regularly waking in a panic.

The stress and anxiety are with her “all the time,” causing nausea and other stomach problems, she said.

“We are working to ensure that platforms have a proactive duty to monitor and quickly remove illegal content, before it causes further harm,” a spokeswoman for Heritage Minister Steven Guilbeault said.

Rachel says the police have arrested her husband and charged him with sexual assault and distributing intimate images without consent.

Meanwhile, she continues to scour the internet for copies of the video, spending a few days each month trying to get them taken down.

“You’re on your own for that. There is nobody to call, there’s nobody that helps you,” she said.