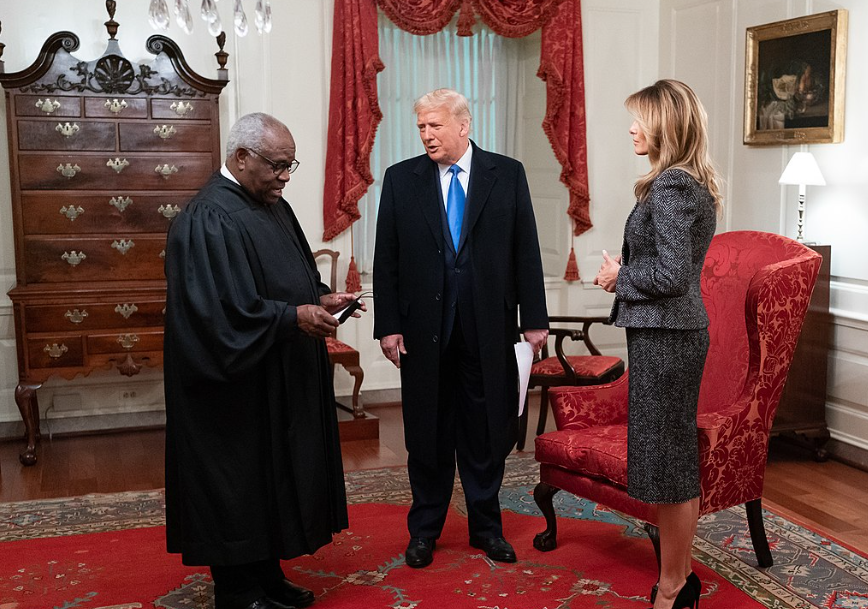 Justice Clarence Thomas, in his concurring opinion overturning Roe v. Wade, laid out a vision of what he would like to get rid of next – contraception, same-sex consensual relations, and same-sex marriage.

In a concurring opinion in the court’s decision to overturn Roe v. Wade, Thomas said, “In future cases, we should reconsider all of this Court’s substantive due process precedents, including Griswold, Lawrence, and Obergefell.” Of course, Thomas didn’t mention all the cases in the books.

The Griswold ruling gave married couples the right to access contraceptives. It’s been on the books since 1965.

In 2003, the court ruled in favor of Lawrence, saying states could not outlaw sex acts by consenting adults.

Thomas was on the bench when the Obergefell case came before the court in 2015. In a 5-4 decision, the court granted same-sex couples the right to get married. Thomas was among the justices who dissented.

The three cases cited by Justice Thomas come under what is called substantive due process – a principle in United States constitutional law that allows courts to protect certain fundamental rights from government interference, even if procedural protections are present or the rights are not specifically mentioned.

In the past, courts have used the Fifth and Fourteenth Amendments to the Constitution. Both these amendments prohibit the federal and state governments, respectively, from depriving any person of “life, liberty, or property, without “due process of law.”

Actually, the use of the two amendments under the substantive due process principle by the court has created a lot of scholarly, as well as judicial discussion and dissent.

This is because the line between what courts hold to be subject to government regulation or legislation and the acts that courts place beyond the reach of governmental interference is not always clear-cut.

Since Justice Samuel Alito’s draft majority opinion overturning Roe v Wade was leaked earlier this year, Democrats and liberal activists have warned that the conservative majority would soon turn its attention to other rights that the court has affirmed, reports The Hill.

But it is difficult to read the Conservative Justces’ minds at this point. Thomas is the most senior member of the high court, it is unclear whether the other conservative justices are willing to go as far as Thomas did.

I think that today’s SCOTUS decision shows the American public just how tenuous our supposed “rights” under the Constitution really are.

Thomas’s written opinion is just what advocates for reproductive rights and for L.G.B.T.Q. rights have feared the most. Defenders of the right to abortion have repeatedly warned that if Roe fell, the right to contraception and same-sex marriage would be next.