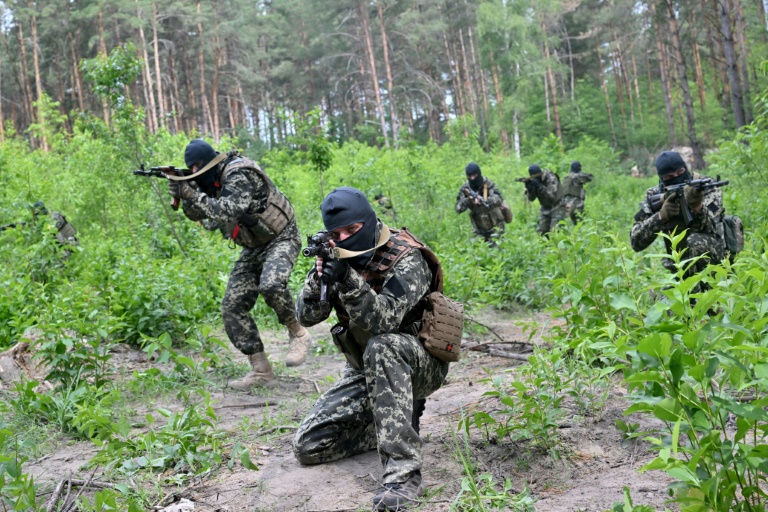 Global media in general doesn’t get this war. Just look at the headlines any day of the week. There are a lot of experts commenting on the war. Many seem to feel that Russia destroying Russian territory in Donetsk and Luhansk is a recipe for victory.

Sure, it is. They’ve turned these “conquered” areas (which they have occupied for 8 years previously) into contaminated deserts full of unexploded ammo. The area will be uninhabitable for years, if not decades.

Some commentators believe that firing 50,000 rounds per day and occasionally hitting something other than civilian targets indicates fire superiority. Ukrainian casualties are cited as “1000 per day”. Wrong. There are only 3 Ukrainian brigades in the entire area. These units have never had anything like the numbers to take casualties like that for weeks on end. “100 per day” is credible. 1000 per day isn’t.

It’s also difficult to believe because the Russians only took the remaining part of the golf-course-sized area of Sieverodonetsk when the Ukrainians decided to pull back. This was trench warfare, guaranteed to cause casualties. Let’s not ignore the fact that the Russians were attacking regularly to capture the area, and didn’t, despite the firepower.

The “envelopment” of the Ukrainian forces predicted weeks ago also hasn’t happened. One theory is that the Russians are allowing the Ukrainians to remain in the area to cause more Ukrainian casualties. Wrong. Attempts to envelop the Ukrainians have been regular and ongoing since the start of this imbecile-standard offensive in the east. Recent attacks by airborne and Wagner Group forces managed to push no more than a few kilometers. They were then stopped and haven’t moved since. Is an envelopment really possible?

After the disastrous defeats at Kyiv and Kharkiv, the Russians supposedly repositioned to launch a pincer attack on Ukrainian forces in the Donbas. That was months ago. They’ve suffered severe repulses, and the northern “pincer” in Isyum has stagnated into a small, largely useless, bridgehead.

Meanwhile, the Ukrainians have the resources to attack around Kherson and are pushing the Russians back. How does that fit the Russians-winning narrative?

The Russians have been bringing out more antiques, T62 tanks, fossils from the 1960s, and artillery of roughly the same vintage. This is “winning”? Winning what, an antiquarian convention?

The Russian air force isn’t doing much, except of course the usual attacks on non-military targets like shopping malls. They can’t even provide security for targets in Russia against helicopters. The vaunted S300 and S400 anti-air defenses don’t seem to do a lot, either.

They’re also shopping around to try and get more volunteers for the military. At one point, they were advertising for tank drivers. Could this just possibly have something to do with trying to replace the massacred previous troops?

On the more repetitive side of this tiresome tale of hopeless failure, taking territory doesn’t and won’t equate to victory in this case. Ukraine won’t negotiate at all. The Ukrainians want the 2014 borders restored, including Crimea.

Then there’s the threat of mobilization; converting Russia into a wartime economy. Put bluntly, so what? More incompetent imbeciles failing to take objectives?  More logistically impossible encirclements, the most wasteful and resource-intensive tactic of all?

How do you turn this absolute dog’s breakfast of a war into a coherent strategy? You don’t, because you can’t. The situation on the ground is far beyond absurd. Whatever the strategy, it never works. Whatever the tactics, they fail.

The conduct of Russian troops is adequate proof of what the Ukrainians are fighting. The world is supporting Ukraine, not psychotic criminals, torturers, rapists, and thieves.  It’s very difficult to believe this rabble comes from the same gene pool as the Red Army. The Red Army was a charging wild boar; this is more like an attack by a bit of moldy bacon rind.

Russian motives are, to put it mildly, rather bizarre. Some commentators attribute Russia’s crusader mentality to almost mystic ideas. The Russian writer Gogol (born in Ukraine in 1809, Russophiles) is often cited as defining one of the driving motifs of all Russian wars. The exact quote equates Russia to a speeding troika (three-horse carriage).

The line that matters is from the interestingly named book Dead Souls:

“… The middle bell trills out in a dream its liquid soliloquy; the roaring air is torn to pieces and becomes wind; all things on earth fly by and other nations and states gaze askance as they step aside and give her the right of way.”

So who’s kidding who? You make a news story interesting and controversial by making things look urgent… And getting it wrong? No doubt at all who’s being kidded.

**** In fairness, some commentators are a lot better informed and don’t write formula pablum for mass consumption. For some actual informed commentary, check out this pithy and rather witty video from Military History not Visualized.