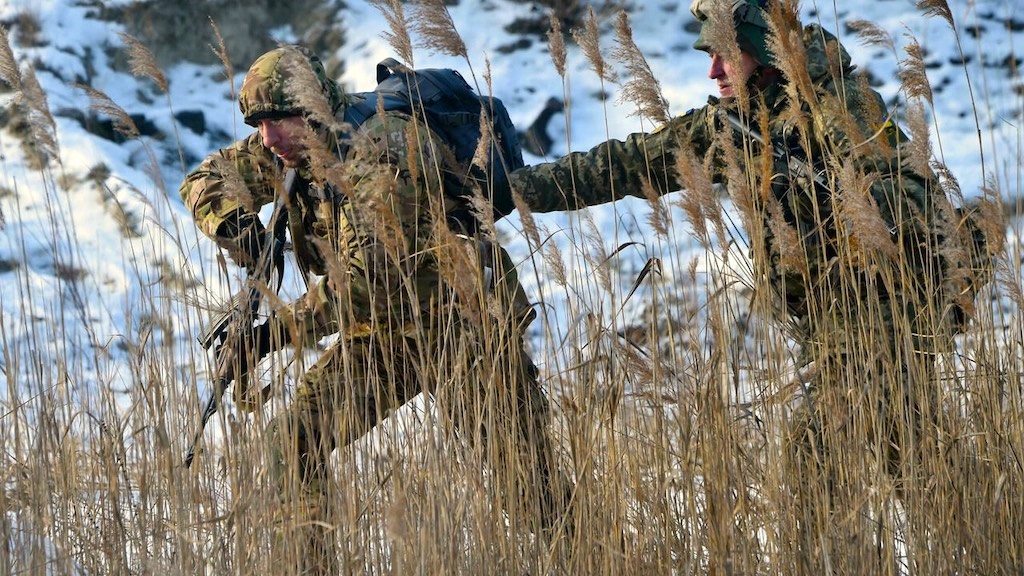 The sudden drastic increase in heat in Russian statements regarding Ukraine are backed up by credible military deployments. The “massing” of troops back in April last year is now looking very like battlegroup management. Back in April, Ukraine said they didn’t think it was a problem. Now they do, and so does the US.

This is a truly toxic situation. The degree of Russian commitment equates to the degree of risk. Russia is trying to stare down NATO and the US. Any degree of give by the West equates to a Russian victory, at least in theory.

There are also real strategic ambitions. A war with Ukraine could result in the seizure of a lot of territory. That’s very much in keeping with the Crimean incident motif: recreating Russia as it was and rebuilding the image of Russia as a superpower.

The West, in contrast, has been given an unwieldy two options to work with by Russia. Either back off, or escalate. Neither option is welcome. Ukraine is physically at arm’s length from NATO. Managing a major troop deployment could be very tricky indeed.

The trouble with a Western deployment in Ukraine is that it gives Russia two equally unwelcome options – Back down or fight. The second option is much more likely than the first. Backing down isn’t a realistic option for Russia. Official statements have heated up the issue to a matter of national status.

That might be an extremely bad move. It could be a serious, possibly fatal, overcommitment in the face of massive economic retaliation and the global shutdown of Russian trade. Russia can handle sanctions. They’ve been doing it for decades, but for how long? Years? Decades?  It’s a whiff of a possibly major problem for them.

This is policy, not politics. It’s core strategy. The stakes are high enough to put Russian credibility on the line. That situation is anything but ambiguous. Putin is hardly famous for equivocating on any subject. He doesn’t back down, ever.

Russia has fought wars in Chechnya, Syria, Georgia, and elsewhere in recent years. These were truly nasty wars. There’s no reason to believe that a war with Ukraine would be some sort of humanitarian exercise, either.

Ukraine is in an unenviable military position geographically. It’s a very large country. To the north is the Russian pet country, Belarus. To the east, an exceptionally long border creates any number of entry points for Russian forces.

This topographic configuration could have been on a Christmas wish list for Russia. Any move of 100km from anywhere in Russia creates major issues for Ukrainian defenders. Russia’s mobile forces could basically vivisect the entirety of eastern Ukraine in a couple of days.

Anywhere east of the Dnieper would be very hard to defend. Ukraine would have to face Russian air superiority, too, further hampering any countermoves.

Add to this a Russian force about 100km directly north of the capital of Kiev, and you’ve got a very ugly defensive problem. The strategy is simple:

This layout is simple and practical. It’s exactly what you’d expect from a serious deployment. The troops currently deployed will be combat effective, probably experienced from other wars, and highly mobile.  Those troops will also be well supported and well within their logistical comfort zone. A few hundred kilometres or so is no problem at all.

The only thing that CAN go wrong with this rather murderous but quick walk in the park is NATO and US intervention. The air situation would be reversed, and air support for Russian ground forces would be diverted. A few hundred thousand troops could be in a very thankless situation soon enough.

The Russian forces could be overexposed quickly, and their support systems neutralized almost automatically. Hence the Russian insistence on NATO and the US staying out of Ukraine.  These demands aren’t cosmetic; they’re practical considerations.

The Ukrainians, however, aren’t out of the equation in either scenario. They won’t just roll over. Cheap kill is the god of modern war, and what the Ukrainians can’t do conventionally, they probably can do by other means.

On their own home ground, the Ukrainians can become major problems and difficult targets.  Rather than fight a suicidal head-on campaign, they can use guerrilla tactics, augmented by modern weapons and modern intelligence networks. These are motivated troops; they can hit command and control, support, and create a very uneconomic situation for the Russians. It could be Afghanistan 2, with current or near-current generation weapons, to some extent.

Ukraine could also get ongoing official or unofficial support from eastern European countries that remember the Russian presence during the Cold War. Russia massively antagonized Hungary, Poland, the Czech Republic, and just about everyone else in the region during that time. This means an instant supply of weapons and quite possibly “ethnic Ukrainians” in combat.

Western Ukraine, west of the Dnieper is out of the question for the Russians. Unlike the east, the terrain is difficult, mountainous, and hardly ideal for mobile forces. It’s “instant lock or no lock nice knowing you land” for many weapons systems and you could lose a lot of aircraft, vehicles, and tanks in it.

Western Ukraine is also far more trouble than it could ever possibly be worth, given the international situation. Taking the east looks good and is easy in theory. The west is a pointless military exercise, requiring far more troops, time, and with no significant benefit to Russia.

US politics and global ramifications

Let’s add a bit of mystic cynicism to this charming vista of future war. Suddenly Taiwan and Ukraine are front and center issues? Wouldn’t that stretch the US a bit, managing both situations at the same time?

What an odd coincidence. Yes, it would add a lot of stretch, but:

This heart-warming rendition of obvious military facts comes with a caveat – US politics.

Messy, isn’t it? This could get grim, fast. Russia and China can wait for a while. How long is up to American politics.