Trump, who thinks he is “the greatest” at everything, has a solution to the problem with the “fake news media,” and in particular, CNN – He suggests the “United States start our own Worldwide Network to show the World the way we really are, GREAT!”

Of course, he overlooks the fact that the U.S. has the Voice of America (VOA). VOA has existed since 1942 and receives funding from Congress. The network’s broadcasts are streamed in the U.S. and internationally. Congress in 2017 eliminated the board of directors for VOA, with a new CEO position created, who is appointed by the president. 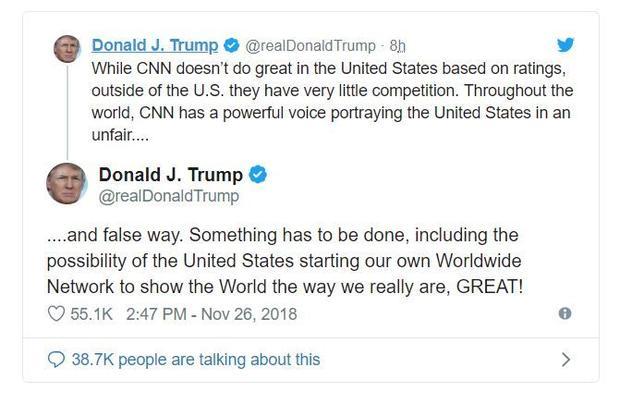 Trump obviously doesn’t know this or he would have taken over the position of CEO himself, or at least, appointed Jared Kushner or one of his other lackeys to the position. And by the way, not all the news on VOA is all about how “Great” America is, either.

Over the years, including WWII and the Cold War with Russia, VOA was beamed into countries around the world, particularly in Europe, to counter Soviet propaganda. But, recently, Russia has contended VOA is a propaganda station, similar to their RT (formerly Russia Today), a Russian international television network funded by the Russian government.

Trump versus CNN
To put it nicely, Trump’s relationship with CNN is contentious, at best, and downright hateful most of the time. This could be because CNN, ABC, CBC, and NBC report the news as it really is, with no B.S. added. It someone or an issue is questionable, these TV stations, as well as many prominent news organizations, like the Washington Post or New York Times, aren’t afraid to tell it like it is – much to Trump’s distress. 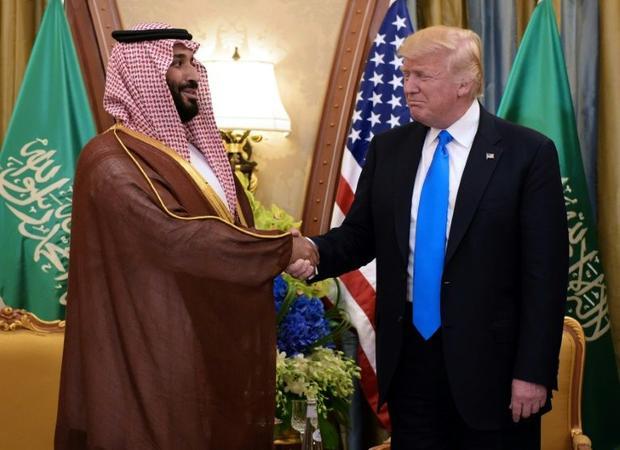 In recent months, Trump has ratcheted up his attacks on the press, labeling some outlets and reporters “enemies of the people.” And this sort of attack on the free press is very worrisome.

This action obviously pissed-off Trump because he has continued to ramp up his comments about the “fake news” coming from the “enemies of the people.”

pic.twitter.com/PugH03e9B4
Behold the MagicForestFire that SKIPS OVER the forest and is unstoppable and unexplainable by a Sheeple population that doesn’t question a DAMN THINGAgenda21=DirectedEnergyWeapons{Geoengineering=CaliforniaFires

Trump vs. the truth
Trump has had a real problem with remembering what he has said and doesn’t have any problem changing his story when it suits his situation. He has lied repeatedly, given false facts, and refuses to follow written scripts written by his staff.

You can always tell when he goes off-script when he is giving a speech because he starts to garble his words, talk in incomplete sentences and generally, make an ass of himself.

By the way, what do you think a government or “state-run” media outlet would be under Trump’s regime? State-run media’s content is usually more prescriptive, telling the audience what to think, particularly as it is under no pressure to attract high ratings or generate advertising revenue.

You could say this type of media is strictly under government control and you will only hear what the administration wants you to hear. Now, that is frightening. The state may censor content which it deems illegal, immoral or unfavorable to the government and likewise regulate any programming related to the media.

Is that what America wants? Unless you are one of Trump’s ardent supporters, those followers who have forgotten to think for themselves, and instead mill about mindlessly chanting “Make America Great Again,” even as their hero is trouncing on our Democracy, then you better wake up.