As Trump sweeps a decisive victory in South Carolina, leaving his GOP rivals trailing in the dirt, the prospect of an American presidency under a man who has frequently voiced racist comments and highly discriminatory policy proposals is becoming more of a reality. Yet, despite being a vocal anathema to his coloured comrads, Trump walked away from the racially diverse South Carolina with 239,851 of the votes (32.5 percent), beating his closest rival, Marco Rubio, by just under 74,000 votes.

One fact holds true: without immigration, there would be no United States. That includes Donald’s grandfather, Friedrich Trump. Friedrich embarked on a seafaring journey to Manhattan, New York at the tender age of 16, escaping his duty of military service for Bismarck’s German Reich, of which he was a citizen. So, in 1885, the Trump legacy began its tale in the New World. Bearing nothing but a small suitcase and German blood, Friedrich set out to become rich, and began by taking up a job as a German-speaking barber. The debate of “immigrant” versus “American” becomes relevant. What specifically makes you American, and no longer an immigrant? For the Trumps, it isn’t blood or genes. Is it loyalty? Citizenship?

In her book The Trumps: Three Generations That Built an Empire, Gwenda Blair identifies a strong immigrant past which conflicts with his nativist posturing. When the adult Friedrich returned to Kallstadt, his German hometown, he encountered a number of problems. First, he was recognized by officials as having dodged his military duty to the Reich. Second, after having lived in Germany for some time, the Mayor of Kallstadt formally recognized Trump’s wealth as a matter of concern for taxes, raising the spectre of his and his wife Elizabeth’s expulsion from Germany. In a bid to offset that likelihood, Friedrich clarified his allegiances to the government: “We are loyal Germans and stand behind the high Kaiser and the mighty German Reich.” But his pleas were to no avail. He and his then-pregnant wife left for America for the last time. Elizabeth gave birth to Friedrich Junior, Donald’s father, in 1905. Friedrich Junior ended up marrying Mary Anne Macleod, a Scottish woman and Donald’s mother.

Thus far, the only American trait Donald Trump can boast is American citizenship, for he has no American lineage affording him claims of a long line of “American blood,” nor has his family exemplified undivided loyalty to the U.S. However, these are not things to be ashamed of. The issue is, of course, Trump’s disdain for immigration when he is a direct product of it. Furthermore, his romantic interests lie with those farther from home. Trump’s first wife, Ivana Zelnickova Winklmayr, was born in Zlín, in the Czech Republic. His second wife, Marla Maples, is at least American-born, so perhaps Trump’s defenders could claim his anti-immigration stance and ardent Americanism developed since then. But what of his third wife? Melania Knauss, a Slovenian model born in Communist Yugoslavia. His defenders would be wrong. Having hailed from a line of immigrants, marrying two and naturalizing them as US citizens, Donald Trump’s immigration past stretches into his present. Have his grandfather’s proclamation of loyalty to the Second Reich, and his present wife’s upbringing in Communist Yugoslavia, had an influence on Donald Trump’s own loyalties? 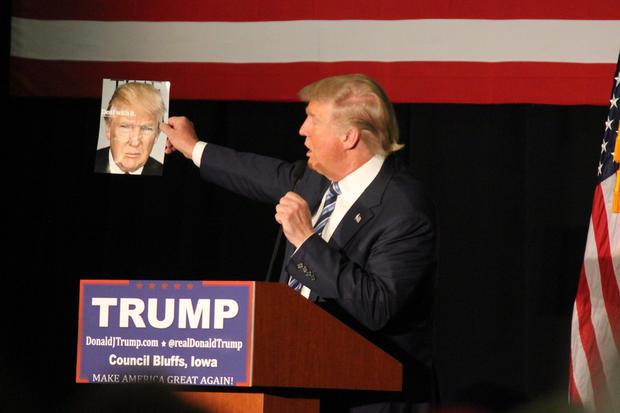 The enigma of Trump’s political success has been untainted by his German past, nor by the question of his family’s loyalties. His campaign, however, has tried to clarify these questions. They released an advertisement with a picture of Trump’s image superimposed over the stars and stripes, accompanied by what Trump perceived to be symbols of the America he wants to lead: the dollar, the White House, and a band of marching Waffen-SS soldiers, though that last was a feature of the Third Reich, not the Second Reich of his grandfather. Unfortunately for one “young intern,” to whom all the blame was attributed, some of Trump’s 3 million Twitter followers caught this minor detail, prompting him to delete it. That hasn’t stopped Trump from leveling criticism at other candidates for editing errors in their campaign material, such as his unabashed mocking of Jeb Bush’s face apparently photo shopped onto a different body which had a black left hand. One could understand why the anti-immigrant candidate would take up such an issue.

Trump’s entire campaign has seen a hostile approach towards immigrants, yet he has been untarnished by the hypocrisy of this position considering his lengthy connections to immigrants, namely his family. This is a point that Trump’s rivals appear to have missed, but it is also a point that, if articulated frequently enough, would seriously harm the credence of Trump’s rhetoric. 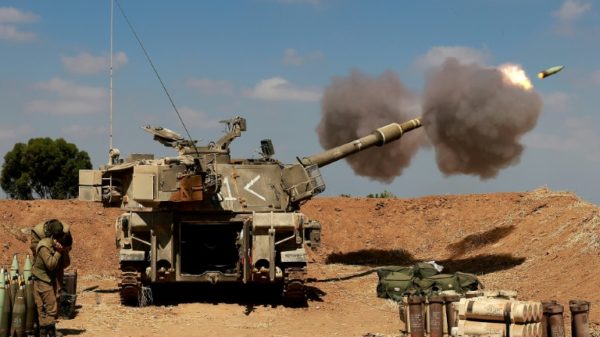 The United States' top military officer has warned the conflict between Israel and Palestinian militants Hamas is creating instability beyond Gaza.